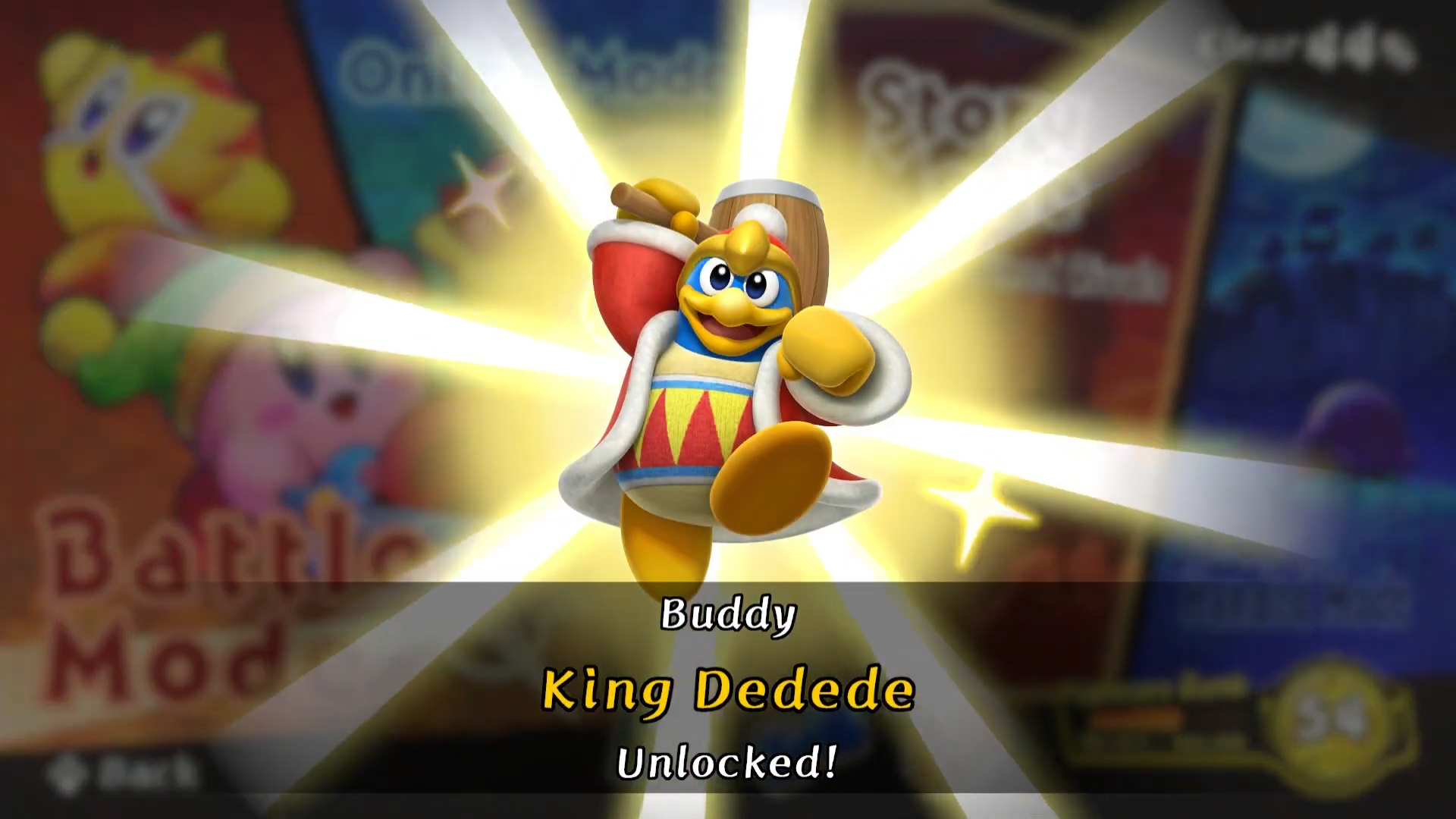 Welcome to our Kirby Fighters 2 Unlockable Characters Guide. With this guide, you will be able to see what you need to unlock buddy characters like Meta Knight and King Dedede and all the copy ability Fighters in Kirby Fighters 2.

First and foremost, we have listed all the unlockable Copy Ability Fighters. These are unlocked naturally as you increase your Fighters Rank. You start off with the Sword, Bomb, and Staff abilities, and Bandana Waddle Dee is already unlocked as a buddy.

Meta Knight is a playable character in Kirby Fighters 2 but he has to be unlocked first. In order to unlock him, you will need to beat Chapter 5 in Story Mode. It will take some time and plenty of effort but after you teach King Dedede and Meta Knight a lesson in pain, you will unlock Meta Knight on the fighter roster.

King Dedede is another playable character in Kirby Fighters 2. Much like Meta Knight, King Dedede has to be unlocked by playing Story Mode. However, whereas in Chapter 5 where you had to only beat 30 floors, a new chapter will unlock that requires you to fight your way through 50 floors! If you are successful and give King Dedede and Meta Knight another licking, you will unlock King Dedede on the fighter roster.