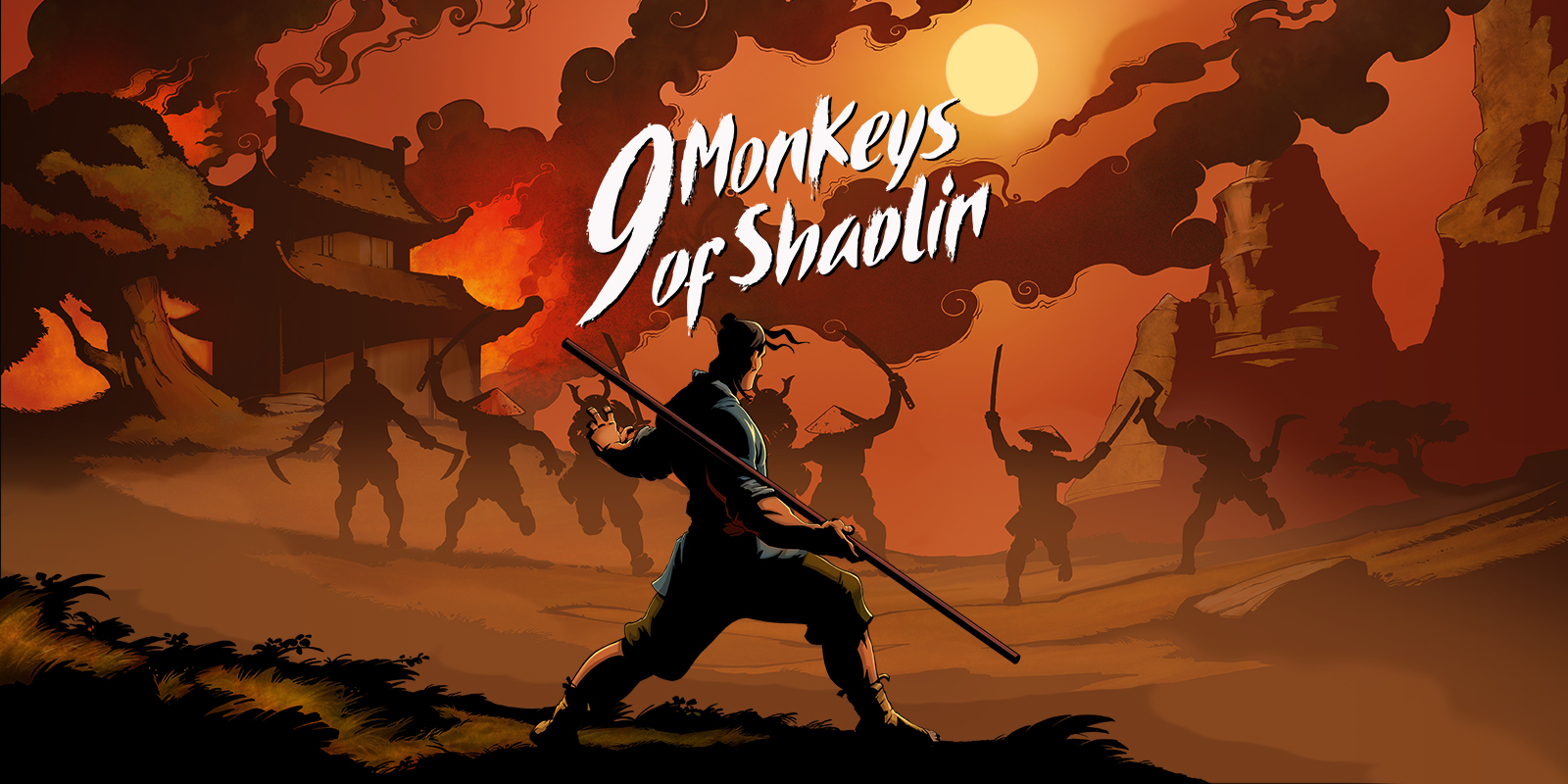 We also have more information about 9 Monkeys of Shaolin in the official announcement below as well as a trailer for the game and links to the livestreams.

Larkspur, Calif. (August 26, 2020) – Buka Entertainment and Koch Media happily announce the that the beat-em-up action game, 9 Monkeys of Shaolin, will be part of the Koch Media digital Gamescom line-up. The game will be available digitally on October 16th for PlayStation®4, Xbox One and Xbox One X, Nintendo Switch, and PC.
Players who are interested in seeing the game can have a look at the Koch Media Gamescom page from August 28th to August 30th. Each day from 7:00 AM – 8:00 AM PDT, the head of Sobaka Studios Dmitriy Katchkov, as well as special guests Game World Navigator (on Friday) and YuPhoenix (on Saturday and Sunday), will guide the player through 30 minutes of gameplay combined with a Q&A.
Tune in to the livestream here: https://www.twitch.tv/nimru, and here https://www.twitch.tv/yuphoenix.

About 9 Monkeys of Shaolin:

“If you know the enemy and know yourself, you need not fear the result of a hundred battles. If you know yourself but not the enemy, for every victory gained you will also suffer a defeat. If you know neither the enemy nor yourself, you will succumb in every battle.” – Sun Tzu, The Art of War.
9 Monkeys of Shaolin marks a true rebirth of the iconic beat-em-up genre in the vein of old school arcade games. If you had fun playing beat-em-up videogames for hours as a kid, crushing foes left and right, then this new title from the creators of hardcore brawler REDEEMER is definitely for you.
Playing as the simple fisherman, Wei Cheng, you must avenge the death of your friends and family who were slaughtered during a pirate raid of your peaceful village. The game’s main villain is quite a tough nut to crack as he knows the basics of ancient martial arts only mastered by legendary Shaolin monks. Get your trusty battle staff ready for a challenging adventure in Medieval China and for merciless fights with hordes of various enemies.
Action-packed battles, user friendly controls and incredible atmosphere of great kung-fu movies of the 1970s – all this makes 9 Monkeys of Shaolin a perfect choice for every true fan of hardcore brawlers.