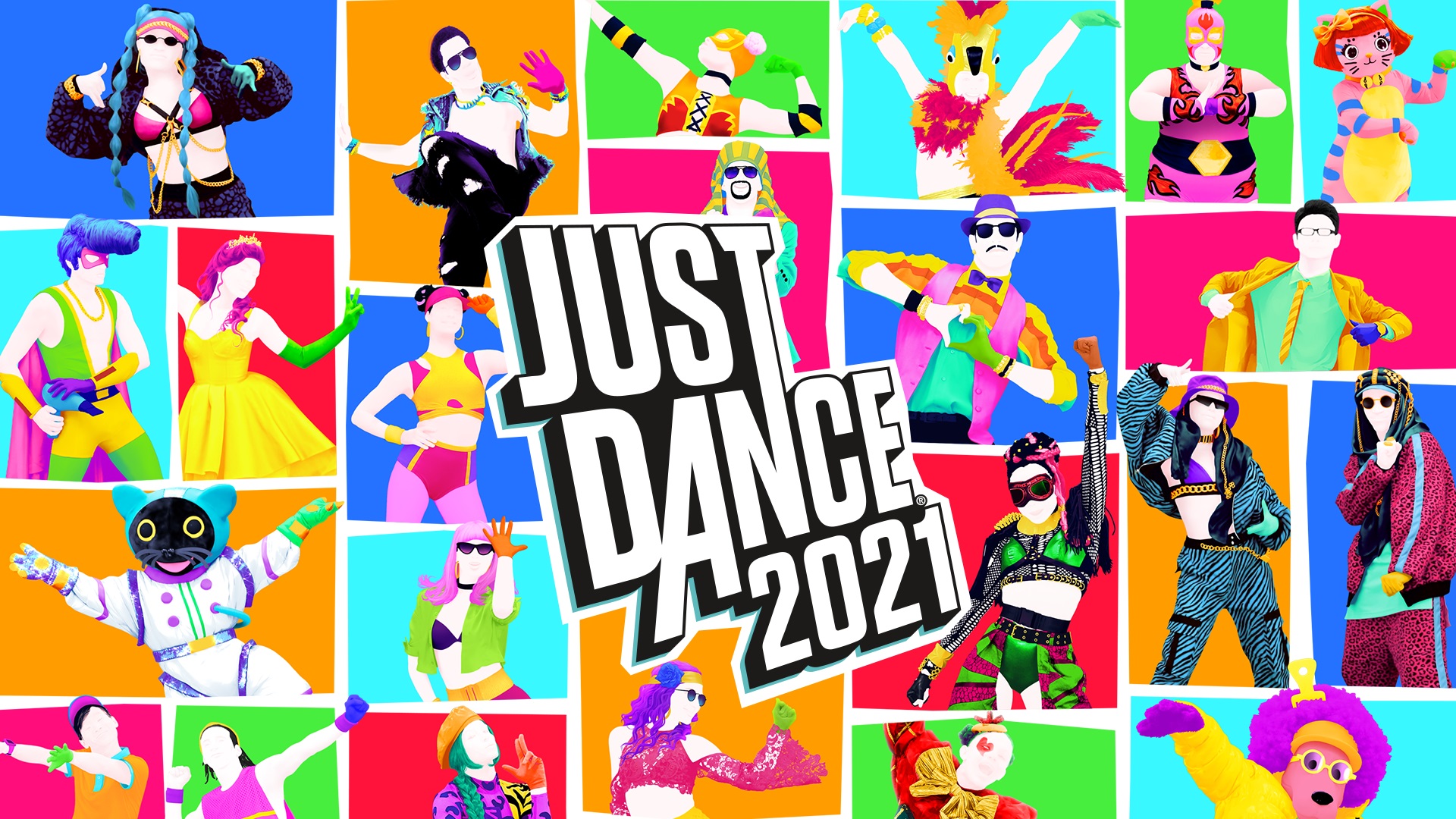 As Nintendo fans joined forces in hoping this would be the week of a true Nintendo Direct, instead what we got was another Nintendo Direct Mini: Partner Showcase.

It might not have been as action packed as the last one featuring news of DLC for Cadence of Hyrule and some serious Shin Megami Tensei news, but it was an informative showcase nonetheless and these are the games that made an appearance:

(NEW) Fight the Frost in the Minecraft Dungeons Creeping Winter DLC. Brave new missions and take down relentless mobs on a journey to defeat the Wretched Wraith at the center of the storm. Hunt down the source of corruption and discover new weapons, armor and artifacts when this DLC makes its arctic appearance on Nintendo Switch this September. (The full version of the game is required to use DLC; sold separately.)

(ORIGINAL) Fight your way through an all-new action-adventure game, inspired by classic dungeon crawlers and set in the Minecraft universe! Brave the dungeons alone, or team up with friends! Up to four players can battle together through action-packed, treasure-stuffed, wildly varied levels – all in an epic quest to save the villagers and take down the evil Arch-Illager!

Discover a trove of powerful new weapons and items that will help you defeat ruthless swarms of new-and-nasty mobs. Fight or flee through canyons, swamps and – of course – mines! Any adventurer brave or foolish enough to explore this blocky and beautiful world will need to come prepared. So quickly, gear up!

Dungeon Creeper! Battle new-and-nasty mobs in this all-new action-adventure, inspired by classic dungeon crawlers.
Multiplayer! Up to four players can team up and fight together in co-op mode.
Power Up! Unlock dozens of unique items and weapon enchantments for devastating special attacks.
Options! Personalize your character, then fight up-close and personal with melee swings, hang back with ranged attacks, or tank your way through swarms of mobs, shielded by heavy armour!
Epicness! Explore treasure-stuffed levels in a quest to take down the evil Arch-Illager!

Players: up to 14 players

Meet this Legendary free-to-play 3D Tank Shooter for Nintendo Switch™! Become part of a community of players from across the world. Join this modern 2020 shooting game and battle 7×7 on your own or with friends, research and upgrade armored vehicles, use various tactics from aggressive onslaught to stealthy survival, and win. Pick a tank and become a battlefield hero!

GAME FEATURES
• An enormous world of tanks numbering over 350 unique and exclusive combat vehicles with thoroughly elaborate 3D models! Historically accurate vehicles, experimental tanks based on blueprints of famous engineers, and armored monsters from popular alternative universes fight together here!
• Dynamic 7×7 battles with different modes in over 25 battle arenas. Each combat encounter is unpredictable as the outcome depends on you and your team.
• Jam-packed action! In-game events feature rare vehicles as rewards and battles with dramatically different gameplay. Become an invisible (and not only) hero of battle arenas in Mad Games. Challenge yourself to a test of survival in Realistic Battles. Or… become a mighty force as a little battle duck for April 1!
• A shooting game with a well-developed progression system. Research vehicles from Tier I tanks to monstrous Tier X machines. Change guns, pick equipment, wear camouflage, and increase your survival odds. Tune your combat vehicle to suit your playstyle and strike opponents with the sheer force of your steel war machine!
• Spectacular 3D graphics that automatically optimize to your device. Enjoy the eye-catching features of every battle arena, highly detailed tank models, massive explosions, and flying, blown-off turrets. Manual settings will help you find the balance between a fantastic picture and high FPS.
• Teamplay! Join forces with your friends in platoons, become a clan member to battle alongside like-minded players in Rating battles, and participate in tournaments with prizes! Coordinate your actions and strike the enemy as one!

Purchase this edition, available until September 28, 2020, and get the following content as a bonus:

Captain Tsubasa: Rise of New Champions, based on the globally beloved anime series, is an action soccer game featuring the latest graphics and super plays anyone can enjoy.

• The Characters Pass 1: 9 additional characters + their respective costumes and moves for your Avatar

The most famous Manga heroes are thrown into a whole new battleground: our world. Uniting to fight the most dangerous threat, the Jump Force will bear the fate of the entire humankind.

Create your own avatar and jump into an original Story Mode to fight alongside the most powerful Manga heroes from DRAGON BALL Z, ONE PIECE, NARUTO, BLEACH, HUNTER X HUNTER, YU-GI-OH!, YU YU HAKUSHO, SAINT SEIYA and many others.

Or head to the Online Lobby to challenge other players and discover lots of modes and activities.

Just Dance® 2021 is the ultimate dance game, with 40 hot new tracks from chart-topping hits like “Don’t Start Now” by Dua Lipa, “Feel Special” by TWICE, and “Señorita” by Shawn Mendes & Camila Cabello. Start a dance party your friends and family can enjoy!

One month FREE of Just Dance Unlimited included. This subscription streaming service lets you dance to over 550 songs!

Play with friends and share the fun with co-op mode.

Dance the way you like by creating your own personalized custom playlists.

Use your smartphone to track moves with the Just Dance Controller app – no additional accessories required! Up to six players can join!

Play as famililar faces from the KINGDOM HEARTS series, including Disney guest characters who will appear to lend you a hand.

Enjoy a massive variety of music from both the KINGDOM HEARTS series and Disney, with a collection of over 140 songs. Dive into rhythm-action gameplay with memorable tunes in this can’t-miss musical journey!

Experience the origins of the SaGa series with the COLLECTION OF SaGa FINAL FANTASY LEGEND, the first complete port of these hugely popular titles.

The collection includes new enhancements like  high-speed mode as well as features unique to the Nintendo Switch™, such as adjustable screen magnification and game screen background customization. Featuring   compatibility with, of course, handheld mode, but also with TV mode and tabletop mode. Furthermore, this game also revives the nostalgia of playing the original by enabling vertical usage of the console after removing the Joy-Cons. Take your collection on the go with handheld mode, share your journey with your Nintendo Switch in TV mode, or remove the Joy-Cons and turn your Nintendo Switch vertically for a retro Game Boy experience.

From the creators of Rock Band™ & Dance Central™ comes FUSER™ – a nonstop virtual music festival where you control the music! Combine elements of the world’s most popular songs to create your own sound or partner with friends on epic collaborations, then share your amazing mixes and headlining performances with the world!

Japan’s beloved puzzle game series Puyo Puyo and the world-renowned Tetris® game franchise have teamed up again to deliver even more Puyo-popping and Tetrimino-clearing fun in Puyo Puyo Tetris 2. Playing is easy: match 4 or more same-colored Puyos or complete a line of blocks to clear them from your board and dump Garbage into your opponent’s game. But keep an eye on what’s coming your way too.

Play traditional Puyo Puyo and Tetris…or mix them together to level up your game. Offline or online, you’ll have loads of modes that let you play the way you want from single-player Adventure to couch-competition Versus to ranked Online matches, and more.

From the past to the future, Don-chan sets out on a great adventure that will transcend time and space and save the world from mysterious occurrences around the world in “Taiko no Tatsujin: Rhythmic Adventure Pack”.

■Enjoy a relaxing adventure through the world where you control Don freely in Story Mode!

Take care of foes you encounter in Taiko Battles!

Drum on the Taiko well to attack! Mess it up and you’ll be attacked!

Compose a team of your favorite characters to take on even stronger enemies!

■In “Rhythmic Adventure 1” you’ll serendipitously meet Tocky who has the important job of protecting all of history.

He tells you his friend Ticky has been abducted by someone named Professor Timedyne.

This wily professor is trying to use Ticky to dismantle history!

Travel to all sorts of ages throughout history and do away with the bad guys!

■In “Rhythmic Adventure 2” the treasures that protect the very being of the world, the Ooparts, have been stolen by the shady organization The Hexagria Magical Society!

In order to retrieve them, Don and Katsu embark on a grand adventure!

Will Don and his friends be able to retrieve the Ooparts successfully and save the world?!

■And of course, you can play the Taiko Game Mode!

The library consists of over 130 songs, including 6 newly added titles such as “Pretender” by Official Hige Dandism and “Gurenge” from Demon Slayer: Kimetsu no Yaiba!

Do you have what it takes to be a Champion? Step into the ring in Big Rumble Boxing: Creed Champions as you train, fight, and win like the legends, such as Adonis Creed and Rocky Balboa, in this knockout arcade boxing experience. Rise through the ranks in an intense arcade mode, hone your skills in classic Rocky training montages, and go head-to-head with friends in thrilling local competitive multiplayer.

Any of these marvellous third party offerings take your fancy? Let us know!