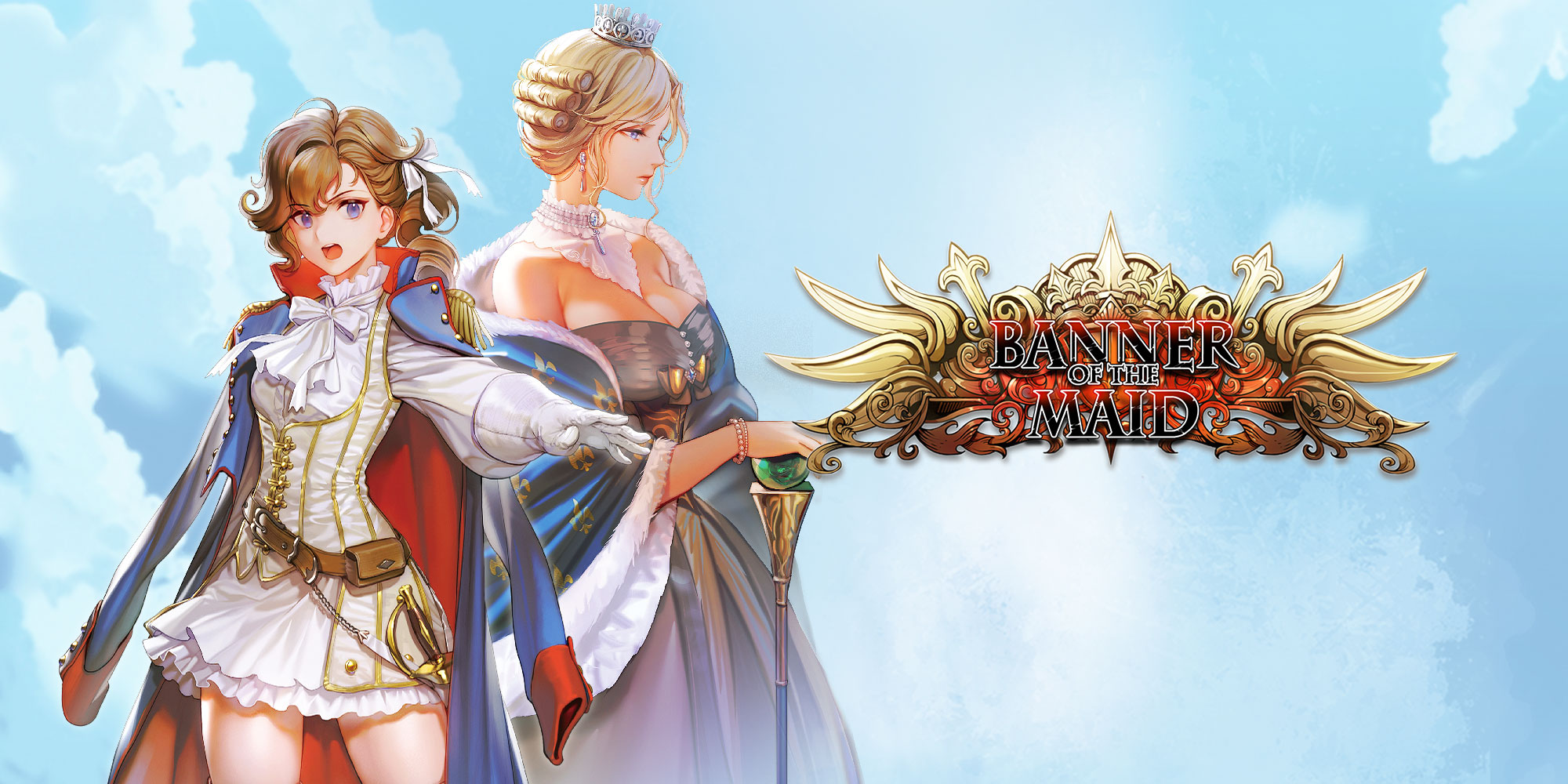 Banner of the Maid was developed by Azure Flame Studio and published by CE-Asia, releasing on steam in May 2019. Now it’s finally coming to consoles worldwide thanks to the publisher CE-Asia (who also publishes western games in Asia).

I love SRPGs and history, I am French and I know the French revolution well, so when I saw Banner of the Maid, I was very intrigued. It’s a strategy RPG like Fire Emblem or Advance Wars that adds a fantasy plot to the French revolution, so does it successfully encapsulate all aspects? The answer is mainly yes.

In Banner of the Maid, you play as Officer Pauline Bonaparte, the younger sister of the famous Napoleon. It’s important to note that this game is historical fiction. It is set during events that did happen with people that did exist, but a lot of things are fiction. Still, it’s very nice to see a game that is set during the French revolution. The story of the game is good, but not great. Indeed, you’ll meet a colorful cast of characters (mostly fictional or whose roles are fictional) who will fight under your command.

Pauline is a young officer who decides to accompany her older brother during his various battles, all while grappling with the turbulent times of the French Revolution. In case you didn’t know, the French revolution was a real mess and was very turbulent, just don’t lose your heads- I mean marbles. As I said, the story is good but it lacks at times.

This wouldn’t be an issue normally with SRPGs but this game is more than that. It has a strong emphasis on story, character, and worldbuilding. There’s lots of political drama that happens. The characters are really well developed though. Their art is creative and expressive. Their personalities are colorful and unique. These elements make for memorable characters that you care about. I’ll just add that don’t go expecting a banger story, as it drags on at times and can lose your engagement.

I said that this game was more than just a strategy RPG, but I’ll get to that later. The battles aren’t groundbreaking. But what is an SRPG? Imagine chess but on a larger scale. Replace your chess pieces with different characters from the game. Now imagine the chessboard but much larger, it’s now a giant grid. In SRPGs, you must move your units and defeat the enemy.

Here’s the thing, you can only move within a certain range once per turn per unit. If you do manage to reach a title adjacent to an enemy, then you can attack it. You can also defend to take less damage when
attacked, heal, …. Your various units have different abilities, some can heal, some can attack from far away, …. Once you’ve done various actions for all of your units, its the end of your turn and the start of your enemy’s turn. It’s this strategy aspect of coordinating your army to win that has gained such an appeal!

The game has the basic elements of your typical SRPG: Weapon triangle (or in this case “class” triangle), special move, items to be used during battle, …. Your objectives are also the same as others of the genre, which can be routing the enemy or reaching a certain point, among others. I also want to note there is no permadeath. Should one of your units faint, they’ll simply retreat in true French fashion. I know it’s a budget indie, but I wish it had something with its battles that stood out. There’s nothing with its battles that make it stand out. Sure you have the various classes and weapons but even a small innovation would’ve been appreciated.

There’s more than battles to this game, “ahead” of battles or after them, you have these visual novel sections. You make decisions that can affect your reputation for the faction you chose and learn more about the story and world of the game. By gaining more reputation for your chosen faction, you’ll be able to access more weapons and items. Choose your faction wisely, you’ll be able to get more of and better quality of certain items and weapons. Sidequests will also enable you to gain more reputation points.

There are also various skills to equip and develop that really personalize your units. This game certainly has a lot of content here to keep you satisfied. One of the problems is that because the story is not super engaging, these visual novel sections tend to drag on when you just really want to get to the exciting battles. That said, I commend the developers for including them as it’s nice to see that kind of variety in a game.

The OST for Banner of the Maid is fine. It isn’t anything really remarkable but it still manages to be serviceable. One thing that I felt lacking was that there is no voice acting English or otherwise.  Part of me also wishes that there was, especially French voice acting, which in my opinion could’ve enhanced the experience.

Visually the sprite art in Banner of the Maid is stunning. It features a ton of detailed and pretty sets for the battles. Outside of battles, there is some truly fantastic artwork of characters and backgrounds. when it comes to performance, the game isn’t very demanding graphically so it runs just fine on switch. I never noticed any slowdowns nor frame drops. Everything just seems to run smoothly.

The game is a solid SRPG, combat and battles are fun, that said the difficulty curve is too steep. You start off with some nice easy battles and next thing, you’re in a very hard battle. This game really demands that you think before you act. It’s also interesting at how it blends so many genres into one. I think that’s very cool. It doesn’t always work but I commend the developers for trying.

Banner of the Maid is a great game that combines two genres well. It has fantastic characters, fun battles, great sprite work and an interesting world. That said, the story is lacking, and it doesn’t innovate much. Still, it’s a must-play for all strategy RPG fans who are looking for a game that thrusts you into a conflicted world with fantasy-like elements.