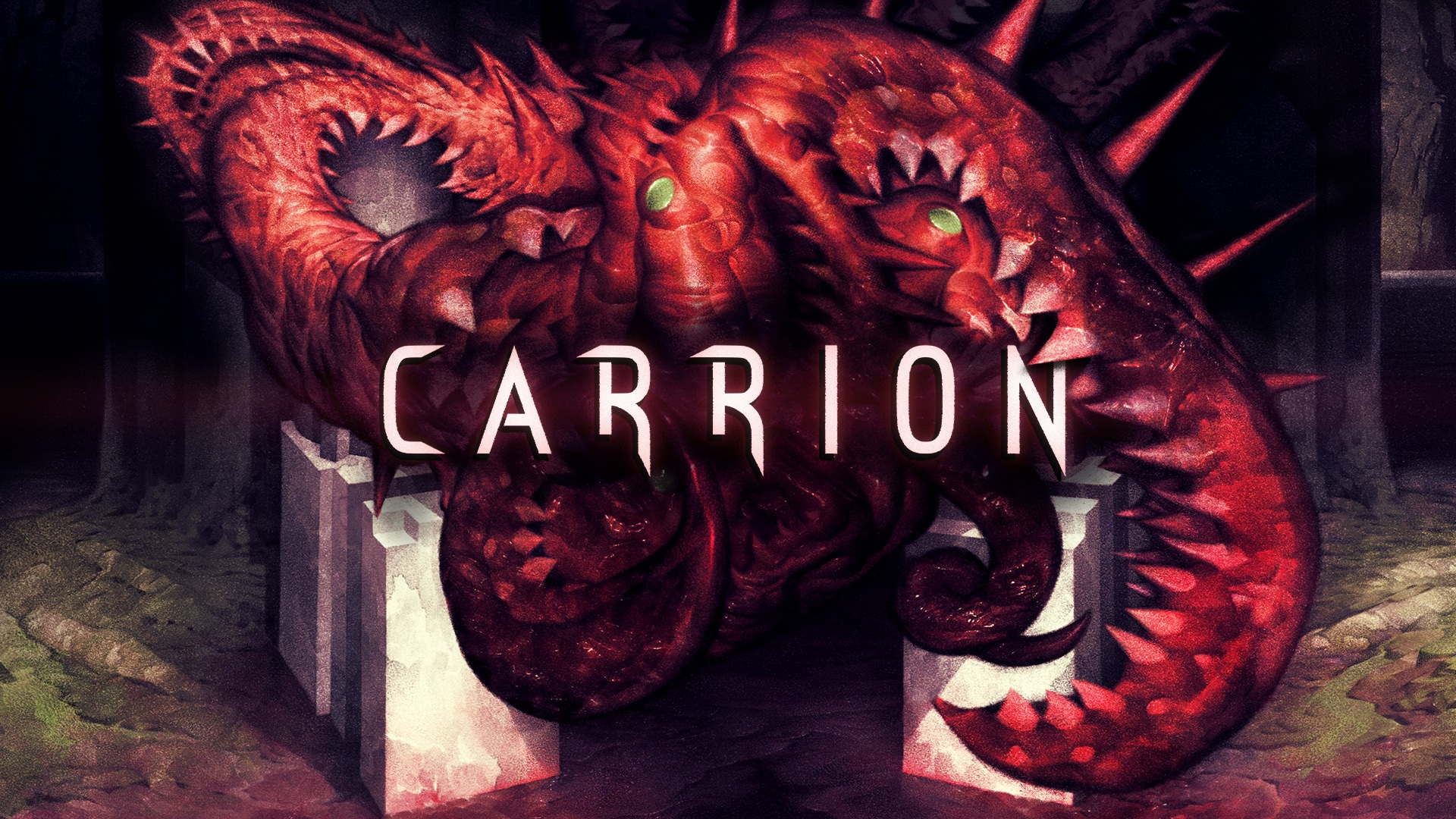 During the Devolver Digital event, two games that were showcased are making their way to Nintendo Switch. One game is Carrion. It is a pixel reverse horror game that puts you in the “shoes” of an amorphous creature that must slay the people that imprisoned it. Carrion releases soon on July 23rd.

The other game is Olija. It is inspired by Faraday’s Quest and is about a man who is shipwrecked and trapped in a place called Terraphage. Olija will release on Nintendo Switch and PC sometime in 2020 though no exact launch date has been given.

We have trailers for both games as well as an overview for each below.

CARRION is a reverse horror game in which you assume the role of an amorphous creature of unknown origin. Stalk and consume those that imprisoned you to spread fear and panic throughout the facility. Grow and evolve as you tear down this prison and acquire more and more devastating abilities on the path to retribution.

Olija is a game about Faraday’s quest, a man shipwrecked then trapped in the mysterious country of Terraphage. Armed with a legendary harpoon, he and other castaways try to leave this hostile country to return to their homelands. Through adventurous exploration, narration and razor-sharp combat, the player will discover a strange world and its inhabitants, including Olija, an enigmatic lady that Faraday finds himself bound to over time. Inspired by swashbuckling tales and cinematic adventure games, Olija is a story about facing the unknown in adversity.

If you are interested in any of the other titles that were showcased during the Devolver Digital event, you can find the official press announcement below along with links to their trailers and other useful links.

Experience premium marketing material on a consumer-level once thought impossible

AUSTIN (July 11, 2020) – This year’s Devolver Direct showcase continued the label’s annual tradition of overpromises with new game debuts, gameplay reveals, release date announcements, and an inexplicably complex narrative woven into its marketing centerpiece. The industry-shaking revelations included the premiere of Shadow Warrior 3 gameplay, the reveal of 2D action platformer Olija, and imminent release dates for the long-awaited Carrion, Fall Guys, and Serious Sam 4.
The overrated independent publisher also launched Devolverland Expo, the most advanced marketing simulator ever designed by humankind. Conceived, created, and filled with contempt by Devolver Digital CEO Nina Struthers during this year’s fourth-wall shattering Devolver Direct, Devolverland Expo takes all of the in-your-face stink and discomfort, pomp and circumstance of a crowded high-rent convention hall and stuffs it – for free – into the general public’s sweaty, grateful paws. You’re welcome.
Experience Devolverland Expo immediately on Steam. Why are you still reading this?
Go. Now.

Shadow Warrior 3 finds Lo Wang and his former employer turned nemesis turned sidekick Orochi Zilla embarking on an improbable mission to recapture an ancient dragon they unwillingly unleashed from its eternal prison. All it will take is the mask of a dead god, a dragon’s egg, a touch of magic, and enough firepower to tear down the encroaching Shadowlands.
Shadow Warrior 3 – Way to Motoko Gameplay: https://youtu.be/ZdUDkjUe_0o
Steam: https://store.steampowered.com/app/1036890/Shadow_Warrior_3/

Olija is a game about Faraday’s quest, a man shipwrecked then trapped in the mysterious country of Terraphage. Armed with a legendary harpoon, he and other castaways try to leave this hostile country to return to their homelands. Olija’s enchanting action-adventure is coming to PC & Nintendo Switch in Fall 2020.
Olija – Gameplay Trailer: https://youtu.be/gXNbXZ8SNhU
Steam + Playable Demo: https://store.steampowered.com/app/1297330

Battle bizarre obstacles, shove through unruly competitors, and overcome the unbending laws of physics to avoid both humiliation and elimination. Leave your dignity at the door and prepare for hilarious failure in your quest for the crown.
Fall Guys – Jump in August 4: https://youtu.be/tmWwGP5mROg
Steam: https://store.steampowered.com/app/1097150/Fall_Guys_Ultimate_Knockout/

Stalk and consume those that imprisoned you to spread fear and panic throughout the facility. Grow and evolve as you tear down this prison and acquire more and more devastating abilities on the path to retribution.
Carrion – Release Date Trailer: https://youtu.be/BvWM13OCskI
Steam + Playable Demo: https://store.steampowered.com/app/953490?snr=1_1056_615__1601

Humanity is under siege as the full force of Mental’s hordes spreads across the world, ravaging what remains of a broken and beaten civilization. The last remaining resistance to the invasion is the Earth Defense Force led by Sam “Serious” Stone and his heavily-armed squad of misfit commandos.
Serious Sam 4 – Gameplay Trailer: https://youtu.be/9cRn9w7AcIM
Steam: https://store.steampowered.com/app/257420?snr=1_1056_615__1601

Blightbound is an online & local multiplayer dungeon crawler that tasks three heroes to venture down from their mountain refuge to face the abominations of the Blight – a mysterious and corrupting fog that enshrouds the land.
Blightbound – Developer Walkthrough: https://youtu.be/SErvwfHD-7w
Steam: https://store.steampowered.com/app/1263070/Blightbound/

Survive and unveil the mysteries of the Weird West through the intertwined destinies of its unusual heroes in an immersive sim from the co-creators of Dishonored and Prey.
Weird West – Developer Walkthrough: https://youtu.be/e6Xbxw1gPdI
Steam: https://store.steampowered.com/app/1097350/Weird_West/

Developed by Flying Wild Hog Rzeszów, Devolverland Expo is a first-person ‘marketing simulator’ set within an abandoned convention center after the annual Devolver Digital game expo was mysteriously canceled. Break into the convention center and avoid the advanced security systems to watch and retrieve the remnants of gameplay trailers and promotional video packages from all the games featured in Devolver Direct, and other secrets lost in the expo’s cancellation.
Devolverland Expo – Launch Trailer: https://youtu.be/hSaSjbWWIoI
Play Now on Steam: https://store.steampowered.com/app/1283220