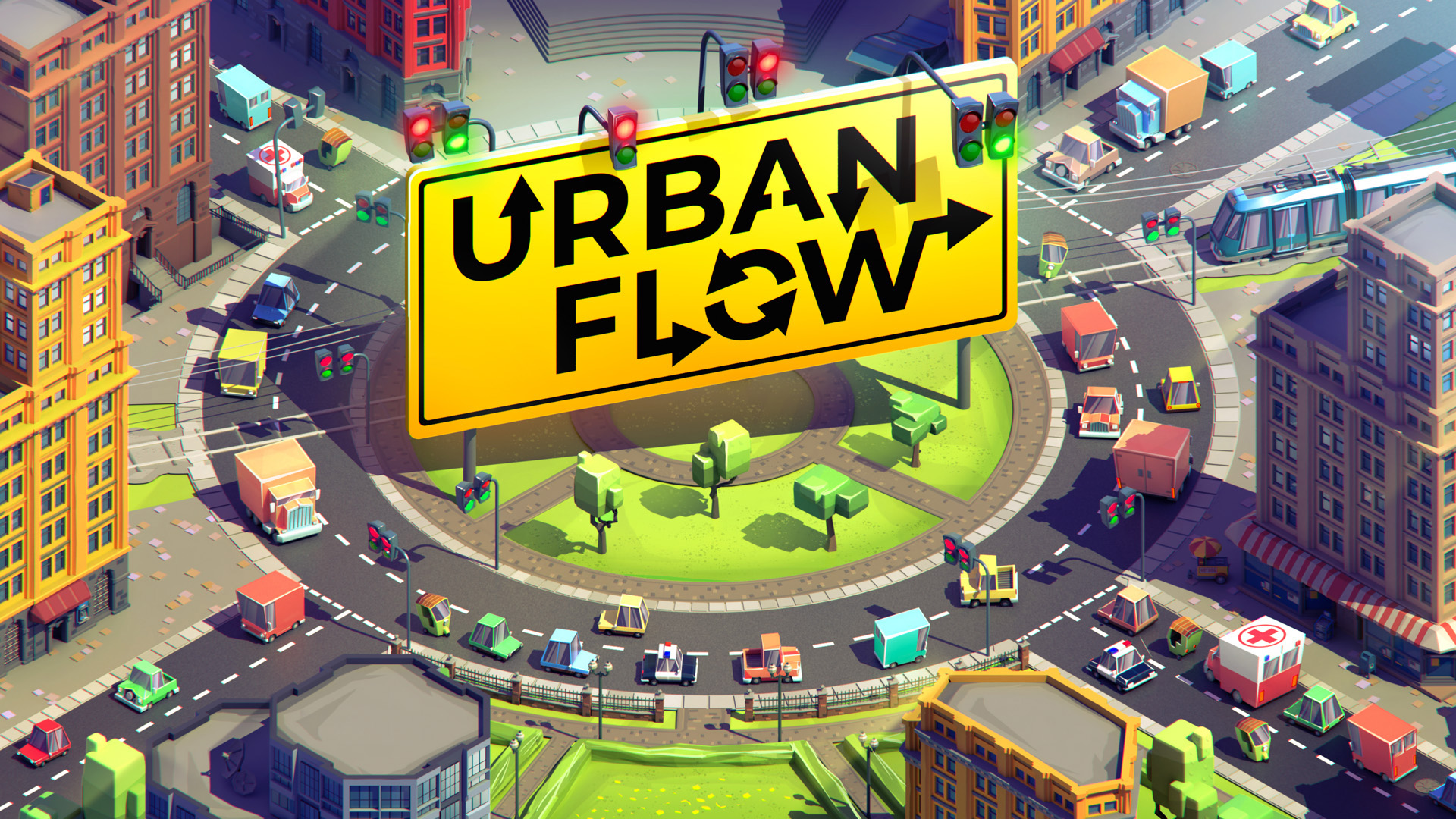 Taking inspiration from the likes of Overcooked, Traffic Lights, DigiDrive, Tetris, Mario 3D World and Job Simulator, Urban Flow is a game that was two years in the making by developer Baltoro Games, which plays a lot like Conduct Together! but improves upon the concept of traffic light management.

As a puzzle game that literally tasks players with being a traffic controller, there is no story at play, but you’re more than welcome to invent one should you wish to do so. I, for instance, choose to imagine myself as Robert “Bob” McGrady, son of Thomas and Brenda McGrady. He always wanted to be a police officer just like his dear old dad, but it was not meant to be.

Instead, he ended up being a traffic controller and will stop at nothing in his efforts to prove himself as the best in the business, all in the hopes of getting a well-needed promotion, complete with a pay rise that will help fund his wedding to his childhood sweetheart, Alex Lawson.

Said to be a game about “the subtle beauty of city streets filled with cars moving in perfect harmony,” Urban Flow is a game that gives the player a city of their own to control, but asks for one thing in return, a safe drive for all.

Someone needs to help control the traffic in the city and that someone is you, but whilst changing light colours is as easy pressing the button that’s associated with the light, or just touching it when playing in handheld mode, you can not control the patience of the drivers in the street.

For example, say on a level where you are having to control four lights and you’re focusing on three, but forgetting about the other one, as impatience occurs, the light will start to tick down and the light will turn itself green from red and possible collisions can occur and risk you failing the level.

The reason why I say risk, is because by safely getting a specific number of vehicles from A to Z, you can earn a star on the given level. Should you run out of lives on a level you have obtained a star on, you can safely proceed to the next level, but should you live long enough to see the number of every required vehicle to safety, you’ll instead obtain the full amount of 3 stars.

One way of staying in the game, is power-ups, useful items that can give you an extra life, or slow down time, but with so many hazards at play, it’s not just car crashes that you need to watch out for. For example, with ambulances, they have their own timer and if it hits 0 before you get them to safety, you’ll lose a life.

Other hazards to watch out for include tanks that will not stop for red lights, connected lights, which means if there are 2 lights that require you to press A to activate, both lights will activate, but then there are also weather conditions that will require you to wipe the screen clean, broken cameras causing you to see less, garbage trucks and even cars that are breaking down.

In short, there’s a whole lot going on and plenty to keep an eye on. The good news though, is players are introduced to new elements slowly and given plenty of time to get used to them.

What’s more, this is a game you can easily play in handheld with touch-screen controls, split Joy-Con, a Pro Controller and you won’t have to go it alone as four players are supported thanks to multiplayer support that can be engaged and disengaged at any time.

Currently, Urban Flow consists of 5 Worlds with 20 levels per world and 100 levels overall, but should you wish to take a break from trying to earn 3 stars on every level, you can always try out the Endless campaign, where there are a total of 7 maps for you to try and do your best to clear as much traffic as possible before you sustain one car crash too many and get a game over.

Unfortunately, game progression through the main campaign is required to gain access to new various Endless campaign maps, as they are otherwise locked from the player, but you are free to play them with friends or on your own, much like you can with the main campaign.

Something else Urban Flow has to offer, are a total of 55 achievements, a statistics screen to keep track of your personal progress and a gallery menu. With gallery, players can get a closer look at the vehicles, buildings and city objects that make up the world of Urban Flow, but how much you see is determined by the number of stars you are able to earn.

In the gallery menu, there are also a total of 32 tracks that players can unlock and listen to, but again, you are required to collect 297 starts, just to hear every track going. This is compared to 125 stars to see every vehicle, 130 stars to see every building and 170 stars to see all city objects.

As for one other purpose to stars, the more stars players get, the higher they can raise their rank, with new badges being awarded to them.

Featuring the works of more than 10 artists, Urban Flow has a track for each occasion that ties in with the on-screen action. It might not go on to win a lavish award any time soon, but the complimentary tunes help present a sense of calmness for the player, thus trying to aid them in their efforts to beat each map instead of infuriating them to failure.

Described by the developer, Urban Flow features a visual style made up of “simplistic, cartoonish 3D graphics” that compliments the game nicely. The level of detail and depth is easily discernible, with each vehicle, building and map location, being a treat for the eyes, whilst complimenting each other nicely.

What’s more, the game is literally smooth on every level and flows nicely with no evident framerate drops and stutters.

Whilst trying to get three stars on the later levels can be frustrating at best, giving players one or two plates too many to spin all at once, the fact of the matter is, as good as Urban Flow is on its own, it is even better when played as a shared experience.

It really doesn’t matter if your friends are trying to work with you or work against you, serving as agents of chaos, unleashing chaos upon the land, a fun time is bound to be had. There will be laughter, there will be tears and maybe the occasional bit of irritation, but if you are looking for a good party game, then definitely try this one on for size.

Whether you intend to play by yourself or with friends, you’ll all become one with the Urban Flow and fall in love with a puzzle game worth picking up. The soundtrack is easy on the ears and the gameplay is highly immersive. You’ll try to sit down and just do one level, but before you know it, you’ve played 10 and unlocked the next world.  Do not leave the red light on this one.