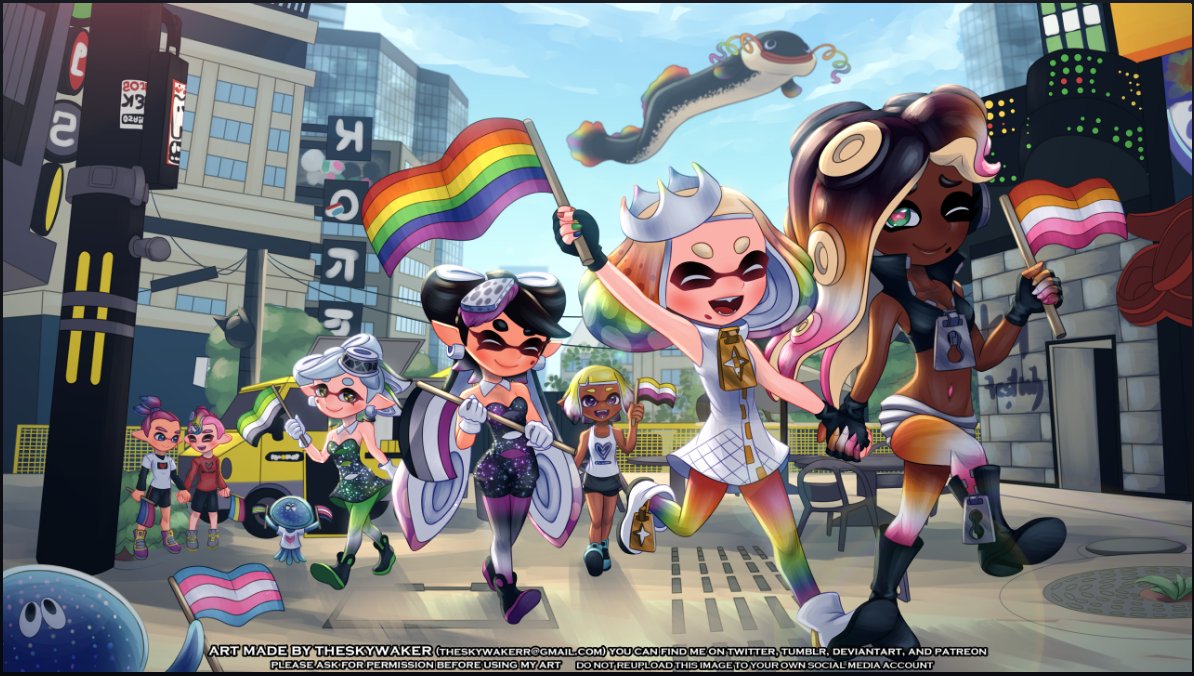 It’s May 28, 2020 and that means one very important thing, today marks the fifth anniversary of Splatoon as both a Wii U exclusive shooter, and of the series as well.  So, with today being such a day of celebration, we have taken the time to scour Twitter and look up various celebratory tweets and share a highlight of our favourite illustrations.

Here’s how we got on:

@hihiyoshi106: “It’s Splatoon’s 5th anniversary!! Splatoon is one of my favorite games! I’ve meet so many nice friends through splatoon and created a lot of fanart for this game. I wished I was able to make new artwork to celebrate today, but I have these old ones to share! #Splatoon“

@InquisitiveRav: “Today is both the 5th anniversary of the original Splatoon as well as the release date of Shantae and the Seven Sirens. Here’s a Shantae Inkling I drew years ago! “

@crankiereddy: “Happy 5th Anniversary Splatoon! Here are some old fanarts, literally I started crying because I love Splatoon and I’m so happy.“

@theoliviaowl: “Thought this would be a cute trend for the 5th anniversary for Splatoon like what was your persona’s looks when first playing the game to now. My squid’s main color used to be purple until I start getting attached to the color blue now. Still kept the jacket all these years.“