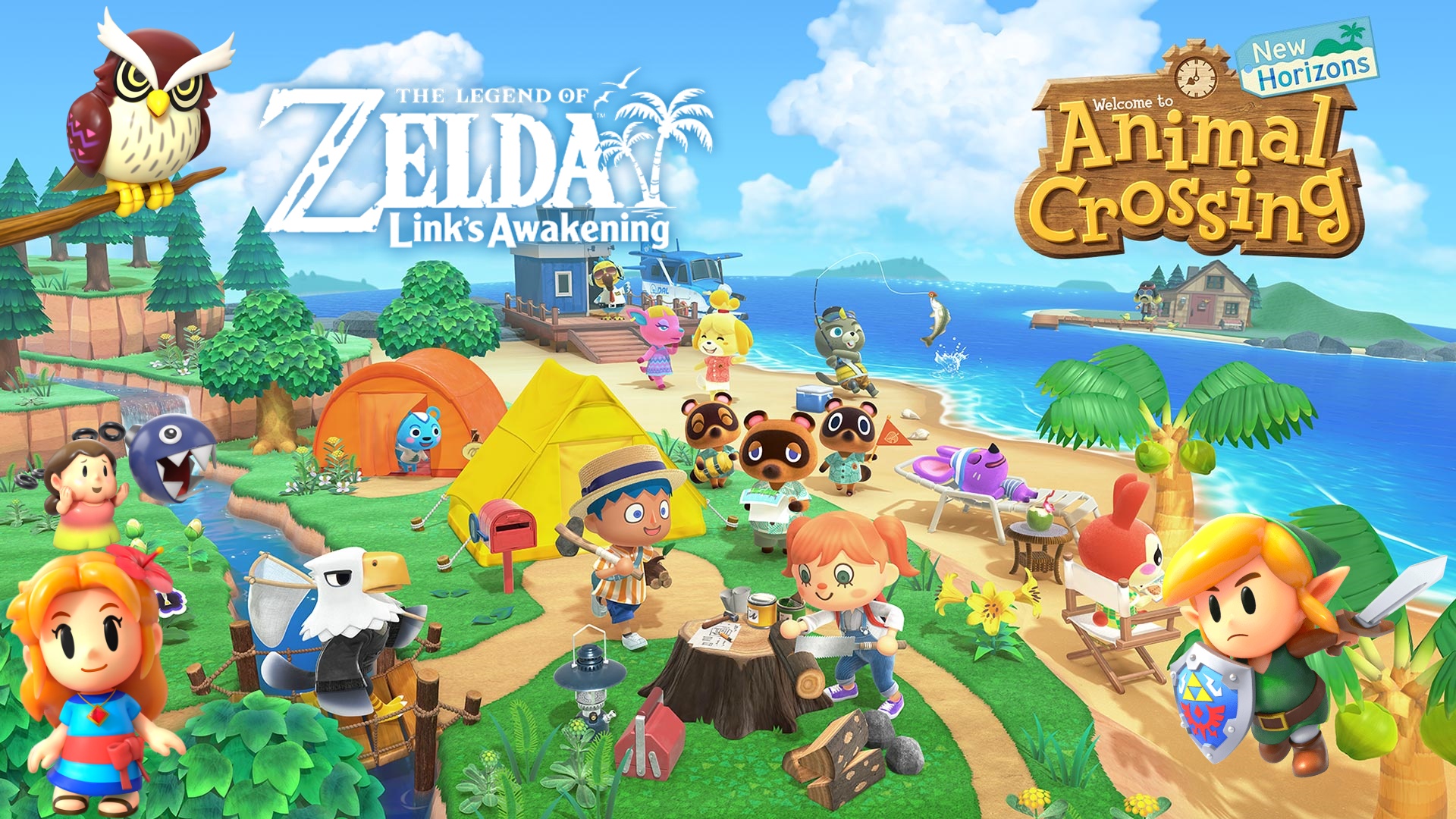 While the Zelda series doesn’t have as many spin-off games as the likes of Mario, it does have a fair amount, but there’s one spin-off it doesn’t have, a Zelda Maker.

Thanks to Super Mario Maker (2016), demand for such a spin-off gets stronger and stronger every day, especially thanks to the Chamber Dungeons in The Legend of Zelda: Link’s Awakening (2019) and a free Legendary content update that added Link to last year’s Super Mario Maker 2, but, what if, instead of mimicking Super Mario Maker and producing a Zelda Maker, Nintendo tried creating something that was adapted from another of its IPs?

After an incredibly long wait, at last, there is a new instalment to the Animal Crossing series, after the seemingly successful release of Animal Crossing: New Horizons, for the Nintendo Switch, but as island life gets underway, I can’t help but wonder what an Animal Crossing game would be like if it was given a Zelda skin? Would it even work? I like to think so.

First things first, a design aesthetic would need to be chosen and while The Legend of Zelda has plenty of design choices that could do the spin-off justice, honestly, the best one to go with would have to be the recent reimagining of Link’s Awakening.

For one, it’s a style pretty close to that seen in the Animal Crossing series and secondly, we’ve already seen the engine used for The Legend of Zelda: Breath of the Wild (2017), repurposed for Ring Fit Adventure (2019), and the engine for Link’s Awakening looks just too good to never be used again. Sure, seeing it used for another Zelda remake would be the better choice, but the engine would fit nicely for an Animal Crossing like title.

With design settled, next is the purpose of such a title and while a boss fight against Ganondorf would seem out of place, there are a lot of reasons why Zelda and Animal Crossing can marry up rather nicely.

Primarily, Hyrule Crossing would be a life simulation game that tasks players with descending onto a landmass void of native humanoid lifeforms and it is the player’s duty, to establish their very own Hyrule and I’m not just talking about the castle and the castle town.

I’m talking Hyrule as a country, one with a desert landscape for the Gerudo Desert, a country that can have its Lake Hylia and even a Zora’s Domain. As long as you can imagine it and the assets are there, it can be a true Hyrule of your choosing.

Because of such an approach, there’s no reason why Hyrule Crossing couldn’t be viewed as a potential sequel to The Legend of Zelda: Skyward Sword (2011), which follows the exploits of Link and Zelda after the end of the game. Instead of being an all-out action/adventure game like previous Zelda titles, it would focus on the creation of Hyrule, whilst still maintaining an element of exploration, excitement and danger.

Familiar enemies can call the unnamed landmass home and have hideouts, encampments and the like spread all over and as the Chosen Hero, Link is required to face them head-on and remove any threat, in a bid to expand the Kingdom of Hyrule. Plus, since Skyward Sword involved material gathering, as does Breath of the Wild and Animal Crossing games in general, players can embark on material-gathering quests as well.

Heck, the Mystery Island aspect as seen in New Horizons, could easily be adapted into a Mystery Dungeon feature and it would actually fit in nicely. Link would never have a shortage of adventures and it’s not like his range of items would be out of place either.

The slingshot could be replaced with a bow and arrow, the ladder can be replaced with the hook shot, swords can be used to cut down trees instead of an axe if need be and as for fishing and digging holes, Link has been doing that for decades anyway.

As for the villagers, it wouldn’t just have to be humanoid characters turning up, such as Malon, Agitha, and Beedle, who could replace the likes of Tom Nook in this adventure, but Deku Scrubs could come to your very own Hyrule. You could also get Gorons, a Skull Kid, members of the Sheikah tribe and even Zoras. The list is actually endless with regards to who and what could turn up.

Furthermore, because side quests have such a big role in Zelda games, offering players plenty more to do than just following the main story, it’s something that wouldn’t feel completely out of place in a crossover title and if anything, would improve it as now we’ll get to see Link having more interaction with the people he shares a world with, than just helping out a couple of times and never interacting with them again.

As for two other arguments why a crossover would also work, thanks to Breath of the Wild, Zelda fans have already been given the chance to buy Link a house and put up some decorations in the form of weapons, so more customisation would be much more fun. Plus, while Link has worn his standard green tunic for decades, he has worn plenty of other outfits over the years, especially in The Legend of Zelda: Tri Force Heroes (2015) and Breath of the Wild.

For a final argument as to why Animal Crossing x Zelda would work, however, well how about the fact we’ve already seen something close to it anyway and no, I’m not talking about Cadence of Hyrule – Crypt of the NecroDancer Featuring The Legend of Zelda (2019), I’m talking about the Welcome amiibo update for Animal Crossing: New Leaf.

Thanks to it, players were able to get a range of Zelda themed content in the title and could even get the likes of Ganon, Epona and Medli, to turn up. Players were even able to dress up as Link and Sheik and for some, it was a dream come true. So, yeah, we’ve already seen a crossover happen and if we get lucky, or at least I get lucky, who knows, maybe one day my fevered daydream could become a reality? It most likely won’t but it would be amazing if it did!