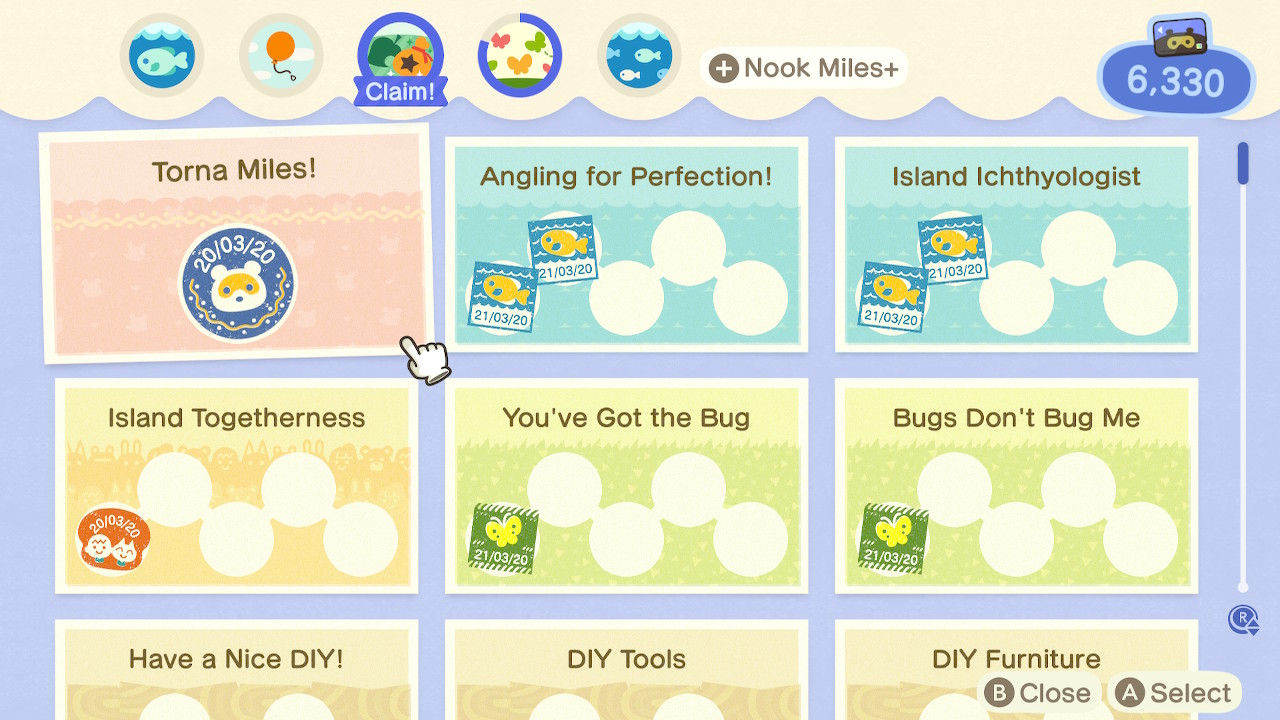 [Feature] All About those Nook Miles (Animal Crossing: New Horizons)

Tom Nook would be proud!

Animal Crossing: New Horizons is finally here and if I had to single out the one game feature I like the most about it, well, it’s got to be the Nook Miles. Similar to airline mileage programs that are used in the real world, Nook Miles is a brand new form of currency that can be earned in several different ways.

For starters, you can earn them for traveling to other islands, having friends visit your island home, collecting bugs, fishing in general, catching particular fish and so much more. What’s more, as you complete certain tasks in the Nook Miles app on your NookPhone, you can earn stamps.

You can’t do anything with them, but they’re nice to collect regardless. You do however also acquire keyword titles that go a long way in helping to personalise your passport, all the more.

As a massive fan of RPGs and a guy who delights in side quests, Nook Miles appeals to me greatly and I’ll be honest, although I am enjoying my time with New Horizons, Nook Miles is the reason I’ve played the game for as long as I have.

They’re not just something to do, in between everything else that’s going on, they’re my mission, they’re the goals I must accomplish and when you’ve been upgraded to Nook Miles+, it’s plenty more of these particular challenges to complete.

This is because once you have attained the 5,000 Nook Miles required to pay off your initial debt to Tom Nook, the Nook Miles app is updated and now players can have another five goals to accomplish, only these ones are far more specific in nature.

Some might task you with catching a particular creature, or planting a tree and, although they don’t reward as many Nook Miles as the other tasks, the beauty of them is, just as soon as one is accomplished, another one becomes available to you, so there is also five available at one time.

What’s more, because most of them are a lot easier and quicker to complete than the other tasks and challenges, during a Nook Miles concentrated gameplay session, you can actually accumulate quite a lot of Nook Miles in next to no time at all and have a lot of fun visiting the Nook Stop and redeeming your hard-earned miles for a variety of items and you can even earn Nook Miles just for spending Nook Miles.

One of my favourite Nook Miles to earn, however, has to be letting myself get stung by wasps twice. If you think once is bad enough, twice will have your villager faint and wake up outside their home. Still, it was absolutely worth it and funny to watch.

On a serious note, however, I really do appreciate this aspect of the game, it’s one of the features the developers implemented so that it would appeal to the players of the mobile game (Animal Crossing: Pocket Camp), whilst offering something new for diehard fans of the series and I do like how thoroughly implemented it is.

Not every Nook Miles requirement is outed from the outset, some actually need certain events to occur before they’re revealed, but it is nice to know that pretty much whatever you do whilst enjoying your island life, at some point, your actions will be noticed and you will be rewarded for it.

Still, that’s just how I feel on the matter, how do you guys feel about Nook Miles. Are you as addicted as I am? Let us know!