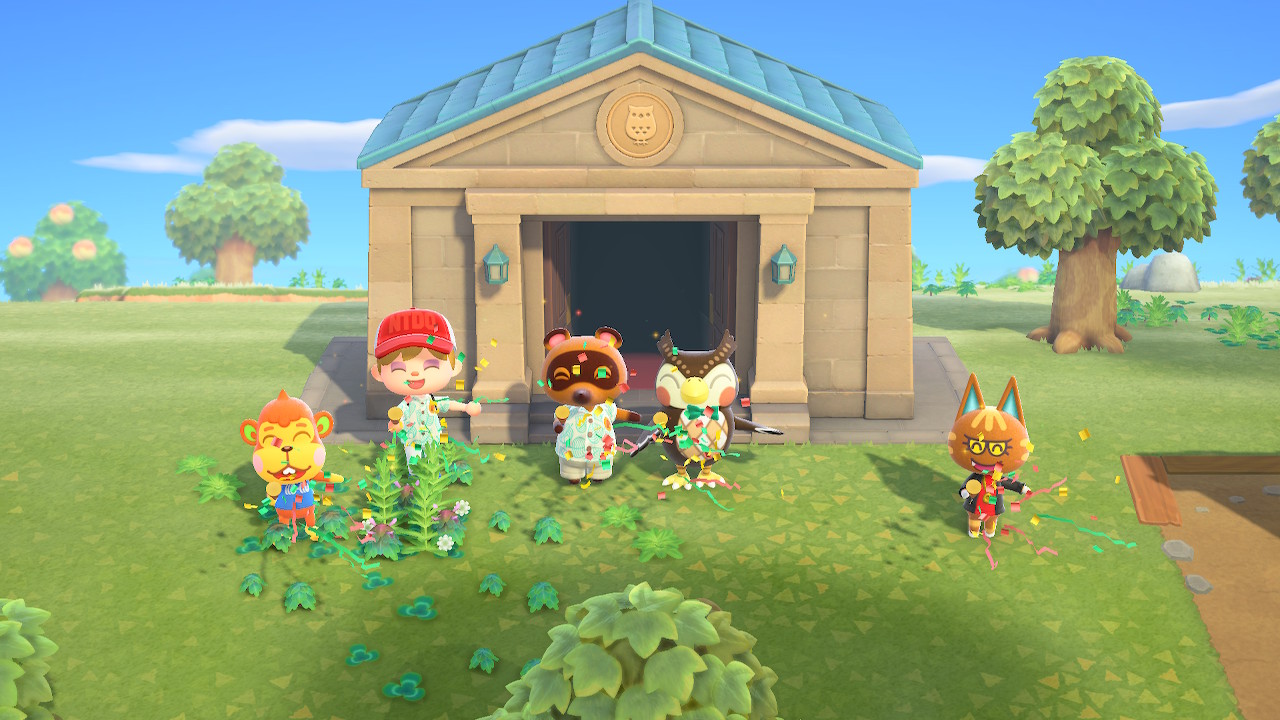 Animal Crossing: New Horizons – The perspective of a fan not getting it on day 1

20th of March was finally the day a lot of people have been waiting for. Seven long years the fans of Animal Crossing patiently waited for the popular franchise to return. It has been a long time and the day of the release felt like an eternity for many.

There were Countdowns, friendly Memes because DOOM Eternal and Animal Crossing: New Horizons will be out at the same day. The internet can be a dark and ruthless place, but somehow the fandom of the game where you collect stuff and bells were taking it with a smile and went into mocking mode – but never without losing what the game is all about: being understanding and with no pressure.

Isabelle getting taught how to fire a shotgun is probably my favorite meme there is so far. Or her holding a copy of DOOM. It could have been ugly, but the only shots were fired were probably from confetti guns.

Maybe talk about me being naïve, maybe biased even, but if you saw one Animal Crossing fan bashing someone else, that’s probably the grumpy type of villagers you can engage in the franchise. Yes, they can be pretty direct; but never with ill intention towards you. And if, I somehow must have missed that and will correct my opinion/statement. Hey, just like an Animal Crossing character when they got told something isn’t right.

At one point, though, we all feared that the current global crisis, COVID-19 or the Coronavirus, will may even delay the release of Animal Crossing: New Horizons. We faced it being delayed already, but what if it’s without any new date?

I think we just all sat down on a tree stump and waited. With hope and patience. Raging about that never would have gotten us anywhere – and somehow, the Animal Crossing fans seemed to know that. Like the seven years before, we just waited and see. Honestly, there isn’t much to do elsewhere.

You can do a lot in an Animal Crossing – or nothing at all. Just hang out, do tasks you also can in real life: gardening, interacting with villagers, selling and buying things, fishing… You could even go out hunt bugs, but this kind of activity is more unusual for people outside Japan.

Why exactly, though, is Animal Crossing so wholesome even though the game sounds like it is all about chores?

It’s cute. It’s without pressure… And when you fail or can’t make anything fast, it is okay. You’ll always see someone having your back. The neighbors are fine with the way you are – even sometimes having a too pure character and their own quirks.

It does not mean that you cannot disappoint someone though. In the previous games, I remember being stressed out and waiting way too long for a neighbor to visit me when he or she promised to. I think we all know that feeling all too well when having played an Animal Crossing title before.

I wonder if they will be all a bit more chill, I mean… we booked a full island package, right? It just sounds like a life long vacation for me. Inhabiting your very own island. But can Animal Crossing even be more laid-back?

Probably as many doubting that paying off debt is relaxing, seeing that phone you carry, I sometimes had my doubts with it, too.

In modern times, that thing actually makes people miserable – well, often, but not all the time. I am the same; I often get frustrated and pressured by social media but yet I do not quit it. So, seeing the character carrying a phone when everything is all about relocating and start out anew, fresh even, on an island… An island, mostly the first thing that comes to mind when thinking of a holiday… Not going to lie, it made my stomach turn somehow. Probably for a stupid reason. I have to see when I finally have the game.

Everyone probably thought I get it day 1. Even I did. Not even Corona was gonna stop me. My plan was that I will work from home, grab my mask and go out to get it. Wearing gloves, since I had to take public transportation, of course.

But then… shops closed down on Wednesday here in Germany and only the essential shops keep doing their business.

Pierre, did you have a hand on this? (Small Stardew Valley reference for everyone not playing it. You gotta, please.)

Up until now, since I didn’t pre-order Animal Crossing (I have principles… sometimes) and wanted to support a local shop, I… uh… was a bit stubborn. To be fair, the store I ordered it to is still a bigger drug store chain, but it took them a long time to open a few stores in the North of Germany. I grew up with it and I desperately claw on everything that reminds me of my old hometown. So, there you have it. My self-made and personal Animal Crossing New Horizon crisis started Wednesday, 18th, two days before release.

Before we get to that, let me answer the question of why I don’t pre-order: I hate supporting the big guys even more out of my convenience. And often the smaller ones cannot afford to sell online by themselves. Being on a leash to offer their goods by the big A (or Joja Mart), I tend to buy off Amazon if I can’t find something in my local stores after searching for hours before finally giving in.

And trust me; I’m stubborn and sticking to my principles longer than I should sometimes.

I’m fighting a lonely fight but seeing my delivery guy struggling to just do his job – I don’t want to be stuck in his shoes. So, stepping down and letting the people around me order every little thing online, I step back and let them secure their jobs – but I don’t feel bad then. Don’t get me wrong, I’m not your mother, so I don’t tell you what to do and I don’t judge; that is just what I think.

Also, climate, but this is getting off-topic as it is nonetheless, sooooo… Let’s stop there.

While strictly avoiding getting a digital copy, all I could do is hope that the date they kept promising me on the mail that confirmed my order, is still correct. Keep a closer look at my Twitter timeline, and if you want to visit my island when it is ready in approximately 3 weeks and you are all still playing, let me know on Twitter as well. (No DMs, though, then I’ll visit you when the next Animal Crossing is out. Just shoot out a tweet with a mention, haha.)

Long story short and with me letting my mind taking me wherever it wants to go, I feel you guys wanting to get the copy and couldn’t for whatever reasons. I am also eager to find out if (and when) I’m giving in. It is hard to see all of your timeline flooded by Animal Crossing players, but it is also highly enjoyable at the same time to see how many people love it and – how many people got it despite not thinking it is their thing.

What I want to say that… it is okay to not play it and it is even more okay if you got on your island the way you wanted to. And even if you haven’t gotten your hands on it yet, like me, that is fine. We will eventually.

And damn, if you want to restart because you got those goddamn pears, it’s alright: We waited seven years for this!