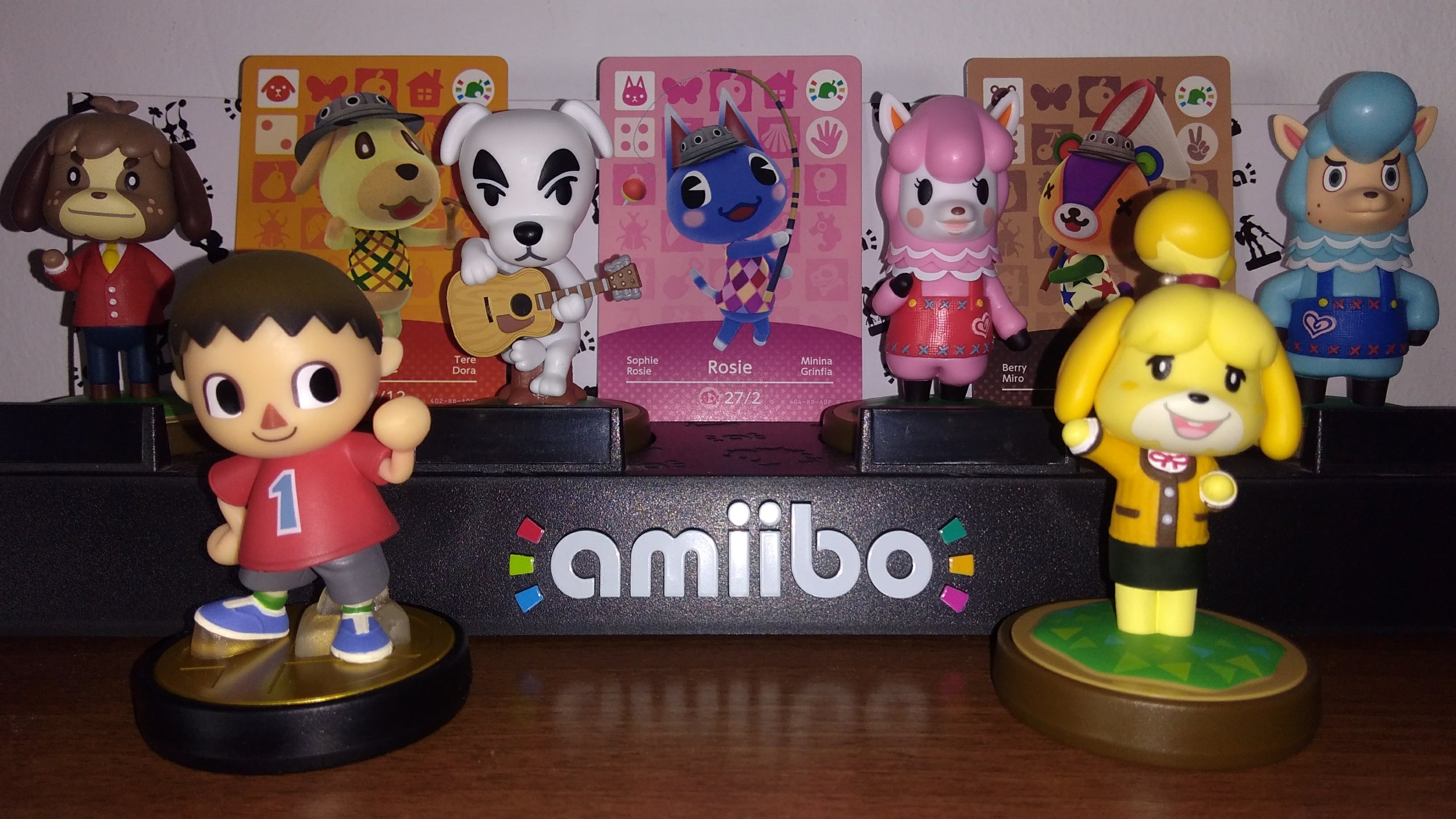 [Feature] Animal Crossing amiibo – Is Now A Good Time To Collect Them? #AnimalCrossingWeek

Hey folks, with is being Animal Crossing Week here at Miketendo64, some of us here will be writing special feature articles to celebrate the impending release of Animal Crossing: New Horizons this Friday (March 20th, 2020). For my first feature, I would like to talk about Animal Crossing amiibo and is now a good time to collect them?

Those who have Animal Crossing amiibo figures and cards, they will be able to scan them into Animal Crossing: New Horizons to invite the represented character onto their island campground. They will also be able to take in-game photos with them by using the game’s “Photopia” photoshoot function. Apart from this, they seem to do little else so they might not be rewarding useful items like some amiibo do in other games like The Legend Of Zelda: Breath Of The Wild. Not all Animal Crossing amiibo will be supported in the beginning either. One particular amiibo like K.K. Slider will not be supported at launch but it is planned to be added at some point in the future.

For those of you who don’t have any Animal Crossing amiibo and would like to pick some up to use in the game, you can find them relatively cheap in most stores that have them in stock. Even some online outlets like Amazon, have them at discounted prices including the lackluster Wii U game bundle of Animal Crossing: amiibo Festival for around $14.99 USD and includes two amiibo figures and three amiibo cards. Even if you don’t play the game, that is still quite a bargain. The triple pack of K.K. Slider, Cyrus & Reese can also be bought for around $10.99 USD. Of course, it is worth pointing out that if you are trying to collect all 16 amiibo figures now (not including the Villager and Isabelle Smash Bros. Series amiibo), it might prove tricky as some of them are no longer available in stores and are being sold by private sellers at higher than the recommended retail price.

The Animal Crossing amiibo cards are a possible alternative but there are much more of them to collect (450 of them to be precise). There are two types of Animal Crossing amiibo cards with the Welcome amiibo cards and the Series 1-4 amiibo cards. They can be slightly cheaper to buy than the figures but are subject to availability, especially as they have been out for the last few years. You can get about 6 cards to a pack and even buy box bundles should you really want to fill out your collection. For what it is worth though,  building up a collection of 400+ amiibo cards just to invite new characters to your island just a little bit quicker sounds as ludicrous as it would be expensive.

I hope this feature has been informative for you. I wouldn’t really recommend spending all your savings on getting every Animal Crossing amiibo, just to use them in Animal Crossing: New Horizons. If you are looking to bolster your collection or find out which ones you are missing, I would recommend using the official animal-crossing.com website. If you are looking to get just a couple of amiibo only to try them out with the game, you can get some relatively cheap as mentioned above. The prices probably won’t drop any lower now but they may be at risk of being bought up cheap and sold at higher prices by opportunistic scalpers.

Thank you for reading this article and until next time, Keep On Gaming!