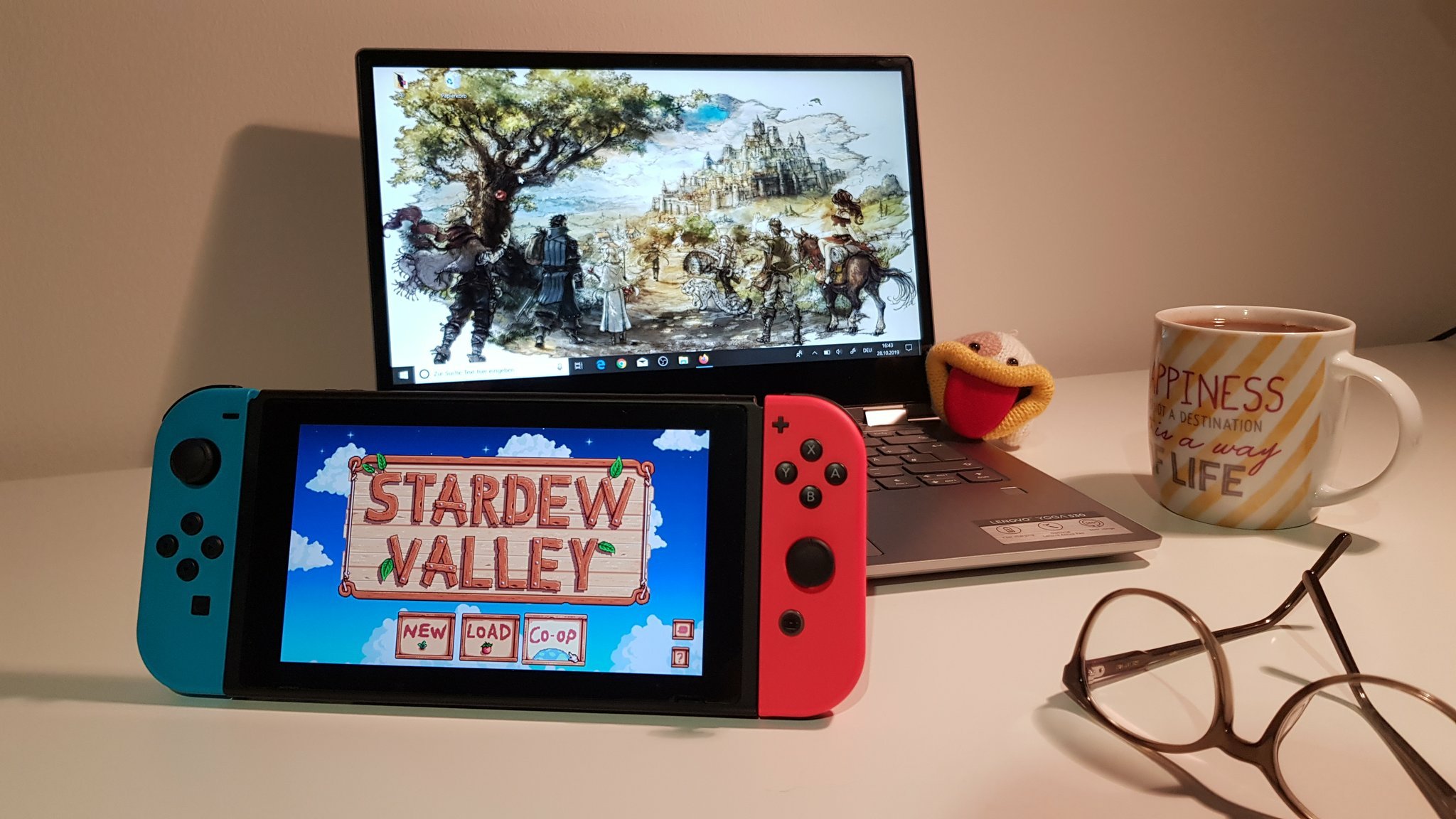 October 10th was declared worldwide as Mental Health Day. A day to educate people about mental health, to be aware of it and how to get help. Help can take on different forms and the difficult challenge about getting the help that you need is actually to know which type you can benefit the most of.

Some people improve their mental health with Yoga, Pilates or any other activity. Sport is a good way to exhaust yourself and makes you “happy” because when you exercise, your body produces adrenalin, dopamine and serotonin and many more neurotransmitters that can help you feel better (or focus on other things, so the problem isn’t that bad anymore). You all probably heard of “Runner’s High” before as well, right? Where your body does it without you thinking about it anymore.

Other people like to watch TV series. Netflix, Amazon Prime Video, Hulu and many more streaming platforms are so successful that even other companies like Disney or Apple are joining the party. Binge Watching is a satisfying thing to keep your mind busy and occupied. Again, takes away your focus from the big black dog (a symbol for depression).

This sounds so negative. And guess what, if you type in “Video games and mental health” on any search engine, you will find depressing results that makes you not too surprised about video games being a scapegoat for any shooting happening around the world.

I read about obsession, vision problems, the effect of blue light from screens, even “Nintendonitis” (a condition with blistering and swelling on your thumbs and repetitive strain injuries thanks to holding a controller). Thankfully, I also came across articles that didn’t blame video games too much. They weren’t hyped about the topic either, but still better to approach a neutral route than bashing on them instead.

Sadly, the majority in politics (and sometimes the press, too) still think that video games can be harmful. With bullying and harassment increasing on some channels, keyboard warriors also still fighting strong (and levelling up) as ever, I can understand that as a convenient argument.

That is why I want to pick up a controller instead after writing a positive article about video gaming and the fact that everything can be unhealthy when it comes to an obsession. Yes, everything can become an obsession and therefore be bad for you. Even sitting in a chair too long can be dangerous. Regardless if you are a gamer or not. (Let’s not go even more off-topic than I originally intended to, no idea if you canactually become obsessed with sitting in a chair.)

Enjoying video games myself, it could be easy to say that I am biased here. I am. I won’t deny that. I am not here to defend my hobby,but more to reporton  how it has been a good aid for me during difficult times.

The first console we had was the NES back in the day. Growing up in a big family, we all more or less used to play and almost all my cousins also owned a console at home. Swapping games was a big joy all the time.

The first big memory I made was with Kid Icarus. I have talked about the game a bit before, but regardless of that, I like to repeat myself rambling about it. Raised by my grandmother because my mother had been a single parent, she often used to play it for the sake of her granddaughter so she could go to sleep during nap time. That often helped, but at some point, that little child was eager to pick up the controller and try for herself.

Spoiler: I sucked back then and wasn’t allowed to play too much and long, of course. No idea if you had played Kid Icarus, but it was challenging. Especially in later stages. The game was older than me back then, too, (Kid Icarus had its release date on February 15th, 1987 in Europe. My own “release” has been over a year later on August 12th, 1988) but I think I must have been around four or five when I first developed that habit of not being able to sleep without Kid Icarus. One tune of the games OST gave me nightmares on the contrary.

If you want to listen to it, feel free to check out episode 9 of the Caffeinated Banter Cast where I talk in the Gaming Past segment. Me bringing this up should be around 01:15:00 in case you want to fast forward to me telling the story.

Nonetheless, Kid Icarus helped me in getting attached to video games and me loving them since. It was some sort of introduction alongside Super Mario and other titles we owned into the gaming industry. Some of them were so hard, but I never gave up. Allowing to kept trying again and playing for longer periods was probably as I turned six or seven. I remember not being in school yet, so I could stay at my grandparents other than only on the weekends.

And you know how grandparents are, they let me stay up suuuuper late playing games for more than I should have back then, ha!

Not to get on too much with my life story now, but I was attached to the Super Nintendo and we owned games that weren’t too much of mainstream ware. Which is surprising, the games were costly and my family sure wasn’t the type to buy video game magazines for research. Among those, in my opinion, not so common titles I’ve played were Plok, Tiny Toon Adventures: Buster Busts Lose! or Kirby’s Dream Course.

Each and every one trigger nice memories, such as Aladdin did. I am not sure if I want to play the remastered version on the Switch which had been just released alongside with Disney’s The Lion King, but thinking back reminded me of the little girl trying to beat the stage with the lava and where you had to escape with Aladdin on his flying carpet again. Many family members tried it, but I felt so proud that I was the first who was able to beat it at some time eventually. After trying and trying again.

Those are two special games that are tied to my life, but as I grew older, I improved my English skills by playing video games. Germany tends to translate almost everything and my interest in learning was not as strong as it is today. With teachers trying their best and some absolutely only doing their jobs (which I can understand since my teacher deserved more assistance and also more respect from what the others did), my English was good and above average of all the others students in my class, but practice makes perfect, right?

So I sat in front of my grandmothers’ TV and played video games with a dictionary sitting beside me. I hit pause every time I was coming up with a word I didn’t know and couldn’t figure out the context. I’m not gonna lie, it improved my English and even got my ass saved in some tests. The titles I remember playing in English were Grandia II and Harvest Moon: Friends of Mineral Town.

Last but not least, I’d like to bring up Stardew Valley. Of course, there are more games (Phoenix Wright helped me relax after work back then as well), but Eric Barone’s one-man-show-game helped me through tough and dark times at work.

It has been years back and my co-workers at the time were always difficult. Well, two of them were. I managed to pull off every day with grace and kept my sanity, but Stardew Valley helped me to unwind more and more. Even though I had to work in shifts (which I absolutely hated) it helped me and I could not put the controller down for hours.

For everyone familiar with the plot, the protagonist’s fate and mine were similar. Tired of their workspace, we both went ahead and changed it. It was encouraging for me to take that step and improved my mood for the way ahead of me.

All the great people I’ve met thanks to video games deserve to be mentioned here as well. Thanks to our passion for it, we found each other online amongst thousands of other people.

Reading opinions from journalists and politicians that gamers are bad and that video games seem the main reason that everyone’s going on a shooting spree makes me sad. Angry as well. No choice left to accept that opinion of theirs, but I sure won’t keep silent about it how it can be the other way around.

I’m continuing to respectfully disagree with the voices against video games and keep doing what I do. Gaming, talking about it and also never grow tired of pointing out how much it makes my life better.

Stay tuned for the next topic in two weeks: Retro game of the month (part 1 of a series)