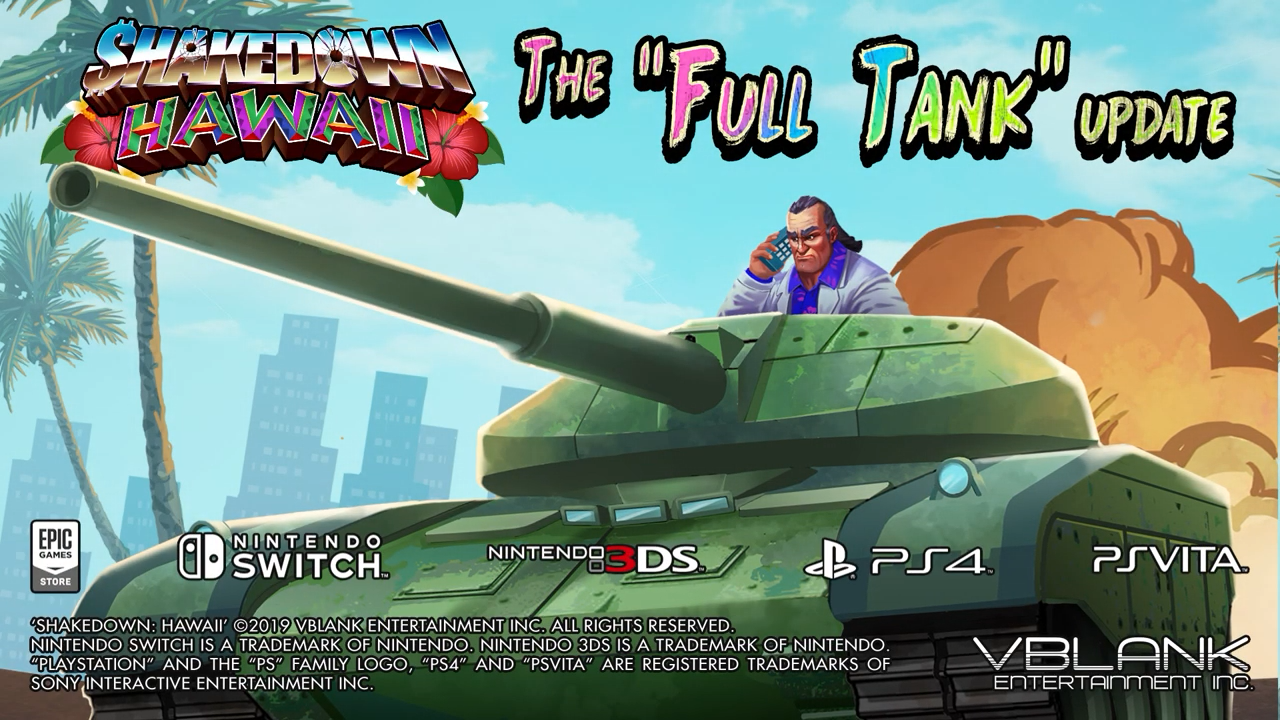 This brand new update brings with it new vehicles including tanks, new enforcement types to apprehend you when going on a rampage, vehicle purchases, funds transfers between characters and much more.

We have the full list of new features below and a new trailer.

What’s in the update?

Head over to the vblank.com post for a complete rundown.
The Nintendo 3DS version is also still on the way, and currently in certification. Once approved, a release date will be locked down. It will include all of these updates as well.