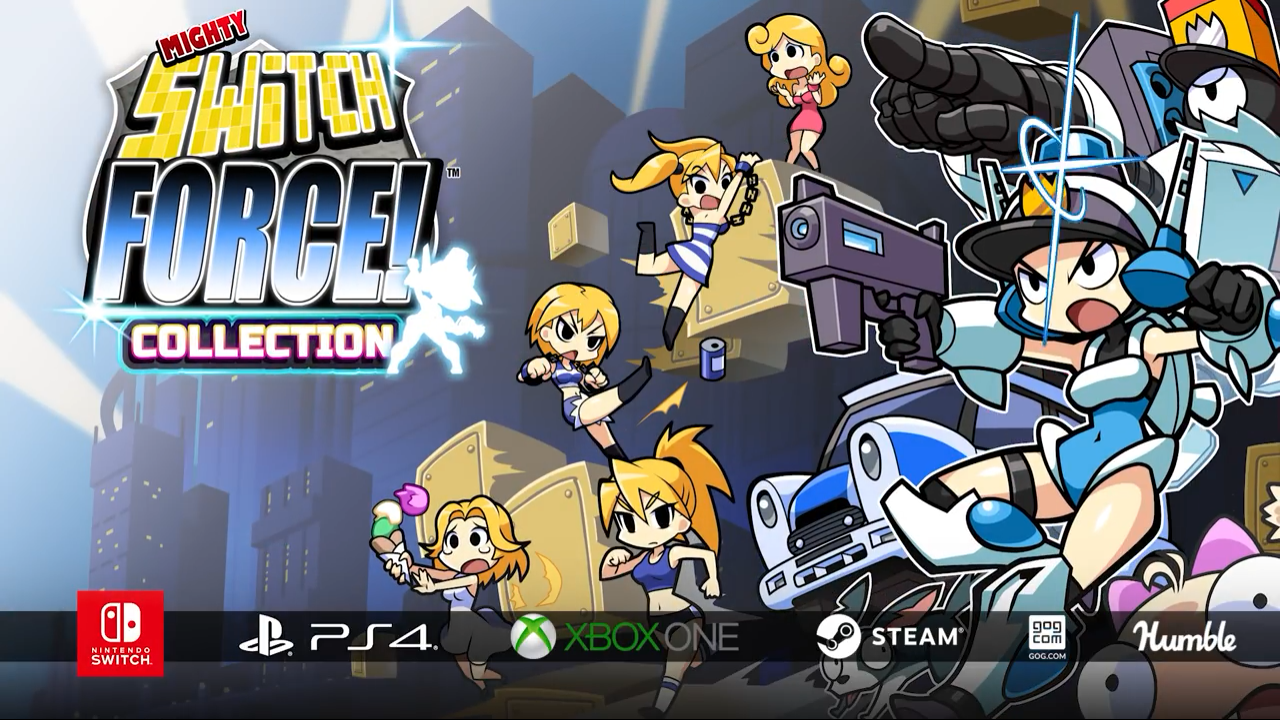 “Fans have been asking to see more of Mighty Switch Force! for a while now,” said WayForward creative director Matt Bozon, “so we’re very happy to finally answer those requests and bring the series to current platforms. With four games’ worth of content for less than $20, Mighty Switch Force! Collection will have more action, challenge, and savings than you can throw an Ugly Twitching Dog at!”

The fun begins with Mighty Switch Force!, in which players take control of cybernetic law enforcer Officer Patricia Wagon, jumping and blasting their way across Planet Land in pursuit of the escaped Hooligan Sisters. Using Officer Wagon’s unique Siren Helmet, you can reconfigure level layouts by “switching” blocks from the foreground to the background (and vice versa) — each stage is a puzzle that tests your wits as well as your reflexes. Next, Mighty Switch Force! Hyper Drive Edition takes things to a new level with gorgeous, high-definition visuals and super-challenging Hyper Mode stages. The action then really heats up in Mighty Switch Force! 2, which sees Officer Wagon trade in her Pellet Shooter for the Infinity Dousing Apparatus (AKA a firehose) as she encounters new types of blocks and battles a mysteriously relentless inferno while overcoming a fresh batch of brain-bending, block-shifting stages. Last but not least, Mighty Switch Force! Academy allows up to four players to team up or battle it out to put new recruits through their puzzle-platforming paces in sprawling widescreen levels.