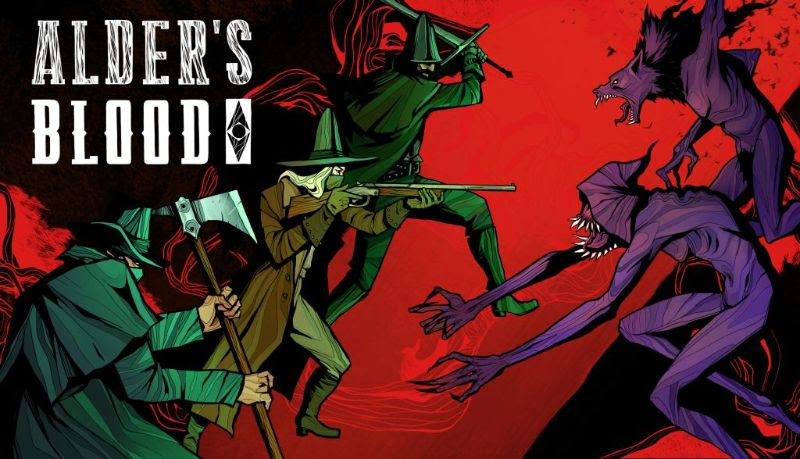 Shockwork Games have announced that they will be bringing their Victorian, tactical stealth game Alder’s Blood to Switch and PC later this year. When god has turned his back on humanity, Nature rises up to put an end to the explotations of its resources by the Human Race. The world is plunged into darkness and horrific monsters emerge to wipe out mankind. As an elite member of hunters, it is up to the player to stealthily take down the monsters of the night and fight back against nature.

Alder’s Blood – a debut title from Shockwork Games, will hunt you down on PC and Switch later this year.

Become a member of an elite cast known as the Hunters. Take on the quest to kill the corrupt god that abandoned the human race and left it to perish. Embark on a dangerous journey and explore the remnants of a world in search of a means for mankind’s survival.

FOR IMMEDIATE RELEASE – June 25th, Warsaw, Poland.
Humanity has survived millennia and now finally has to face the End Times. The god of the past no longer protects us, no longer brings us hope or comfort. He has turned his back on us, and the world no longer obeys the Laws of Nature, such as the cycle of day and night and the ever fragile balance between humankind, animals, and plants. What’s left instead is a grim planet, plunged into half-darkness and illuminated by the light of the moon. Nature – exploited, devastated and trifled with for centuries – has finally decided to fight back by throwing hordes of monsters at the humans. This is the corrupted result of the god’s decay. People sought asylum within the walls of congested cities, but what they found there instead was just a waiting room before meeting death. The elite cast – the Hunters – is humanity’s last hope. They have been trained to hunt and kill anything that threatens the people. They’re ready to kill even their god himself if that’s the price that needs to be paid to restore peace. You are the best of your kind. You are a Hunter.

Alder’s Blood is a turn-based, tactical stealth game with a dash of strategy. Gamers take on the role of one of the Hunters – perfectly trained and highly skilled, professional monster slayers. The Hunters carefully plan their attacks, sneaking in the shadows until they can almost feel the nasty breath of the monster they set their sights on, to then strike in no time. Quick, quiet, and deadly, Hunters overcome their enemies with the use of tactics, specialized gear and dark arts. However in a one-on-one encounter even the most experienced and skilled Hunter doesn’t stand a chance when facing a beast. That is why joining forces with other Hunters and valuing tactics higher than muscles is crucial for staying alive. Because, don’t forget, these terrifying monsters can easily detect a Hunter’s presence by their scent. Be sure to monitor wind direction, avoid being noticed, and prepare deadly ambushes. Remember that hunting tools are as important as your weapons, and you should make good use of the sophisticated technology and dark artifacts you have at your disposal. But most of all remember that whatever you do, your resources will be limited, and opportunities rare. So don’t waste any of them.