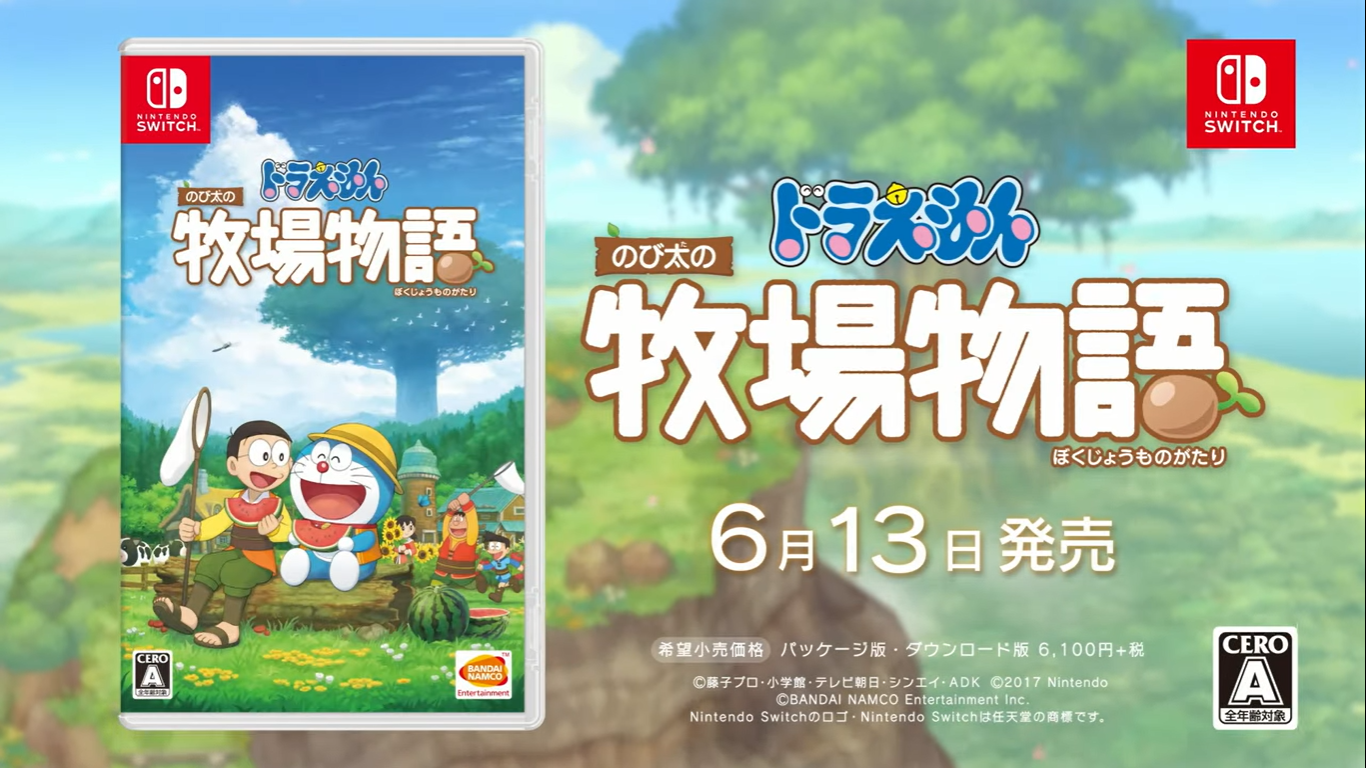 Bandai Namco have uploaded a new trailer in Japan for Doraemon: Story Of Seasons. The trailer focuses on the interaction with NPC like communicating with them and fulfilling errands for them. You can check out the trailer for yourself below.

Doraemon: Story Of Seasons releases on Switch June 13th in Japan. North America and Europe will see release some time in Fall 2019.