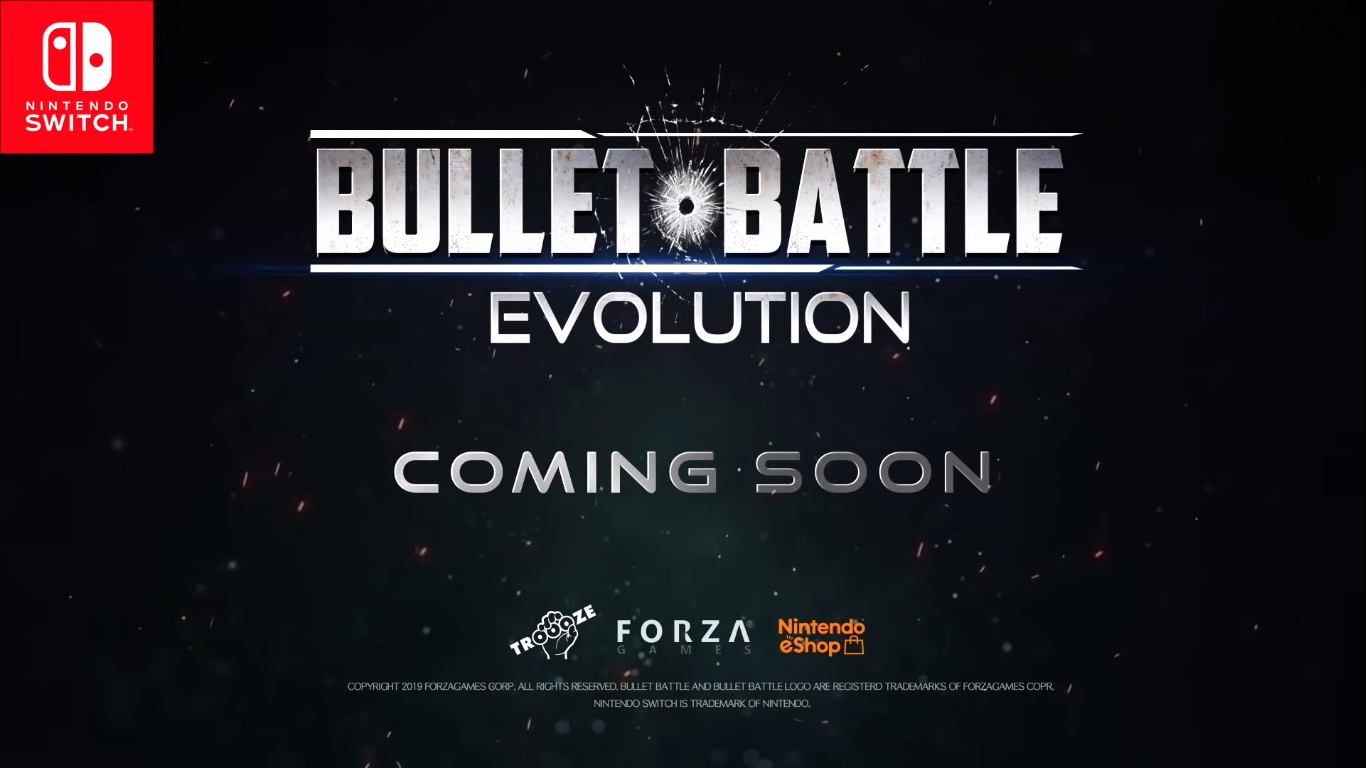 The third-person shooter Bullet Battle: Evolution by TROOOZE released last week in Japan and is making its way to North America on June 6th. The game will be available via the Nintendo Switch eShop and can be purchased fo $14.99.

Thanks to a listing on the NA Nintendo Switch eShop, we now have details about Bullet Battle: Evolution:

It’s Time To Get Together With Friends From Around The World And Experience This Gorgeous Team-Based TPS!

Team up with friends (or even your enemies!), strategize and defeat your foes in this top-tier multiplayer TPS. With graphics this good, you’d swear you were really there.

The scent of gunpowder is in the air! With two weapons and a handful of grenades by your side, this shooter is sure to put your skills to the ultimate test. A single pixel can make the difference between victory and defeat.

Play with anyone, anywhere, at any time in these exciting game modes!

Enjoy everything you’ve come to expect of multiplayer FPS/TPS games, and more!

-Use close-quarter combat techniques in exhilarating encounters with enemies

-Heal allies as a medic

-Defeat enemies to rise in rank

-Revel in the joy of unlocking new equipment and techniques

From amazing graphics to an array of deadly combat techniques and weapons, this gorgeous team-based TPS is sure to tickle the fancy of any military shooter fan! So get your friends together and experience the thrill of the battlefield for yourself!

The North American listing also states that Japanese, English, Korean and Chinese are supported languages. The game will require 586MB of space and is compatible with the Nintendo Switch Pro Controller. Between 1-8 players can play together online and locally (via local wireless).