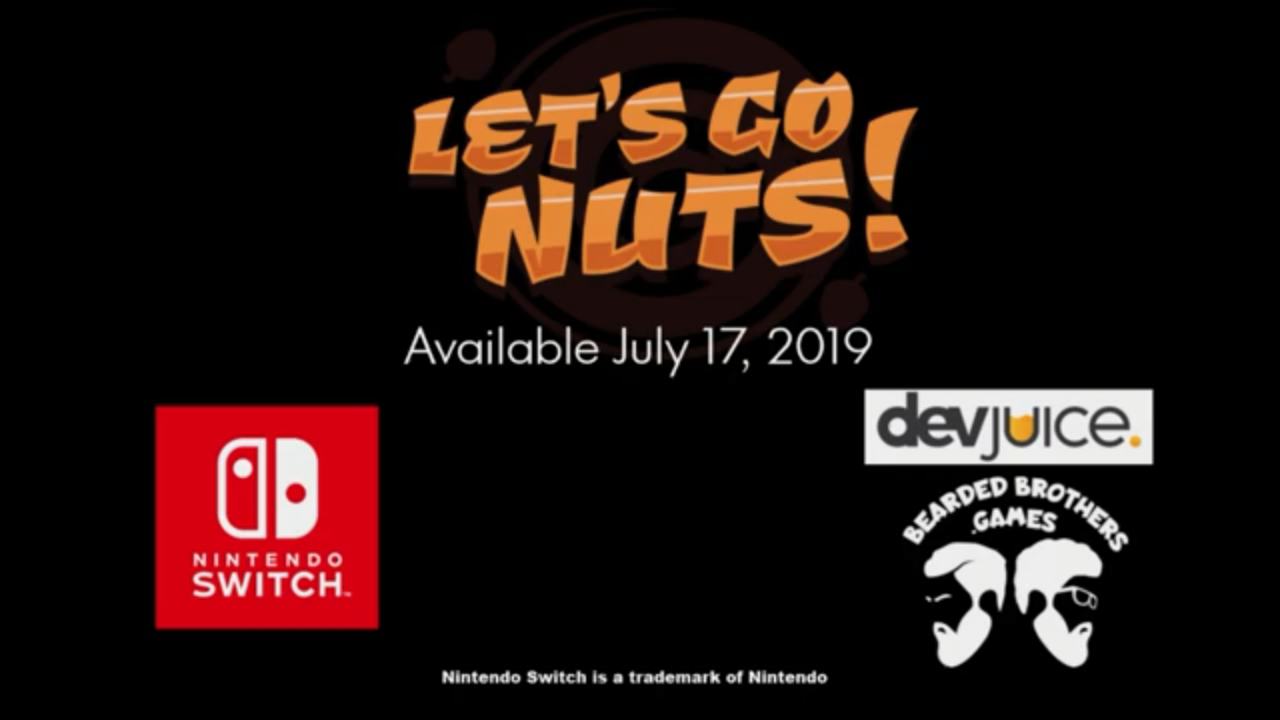 BeardedBrothers Games are happy to announce that their game Let’s Go Nuts is coming to the Nintendo Switch. The wacky platformer will be releasing on July 17th for the hybrid console for $9.99 on the Nintendo Switch eShop. For those that pre-order, there is a 70% discount as well.You can find out more about the game in the official announcement below.

Warsaw, Poland – May. 21, 2019 –Let’s Go Nuts, the wacky multiplayer platformer from BeardedBrothers.Games, scampers onto Nintendo Switch™ July 17, 2019.
Play solo or with up to three friends in this colourful game of the floor is lava. Use a combination of strategy and skill as squirrels create their own landing pads to hop past devious obstacles and collect nuts. Move mountains of boxes to create new paths and avoid the toxic death waiting below for the slickest run possible.
https://youtu.be/WrHB0R240mQ
Aliens have invaded the once-peaceful forest, polluting it with toxic waste, explosive octopi and more. Get crackin’ through 40 campaign levels in four cartoony worlds, each adding new obstacles like slippery ice platforms and fearsome monsters from goo hurling arachnids to abominable snow pigs.

Multiplayer enables four furry friends to go head-to-head competitively or join forces in co-op. Be the first to score points or work together to overcome disaster-filled environments and save the forest. Flee from a wave of toxic waste in endless mode while overcoming precarious platforms and deadly monsters to get the highest score possible. Spend collected acorns to unlock cosmetic items transforming critters into fire fighters, pirates, ninjas and more.

“We’ve spruced up the squirrels and are ready to bring the critter chaos of Let’s Go Nuts to Nintendo Switch,” said Dariusz Skrzypkowski, co-founder, BeardedBrothers.Games. “With levels that are simple to complete but difficult to master, it’s a nutty adventure for players of all skill levels.”

Let’s Go Nuts will be available in English for $9.99, with a 70% discount on Nintendo Switch for a limited time.