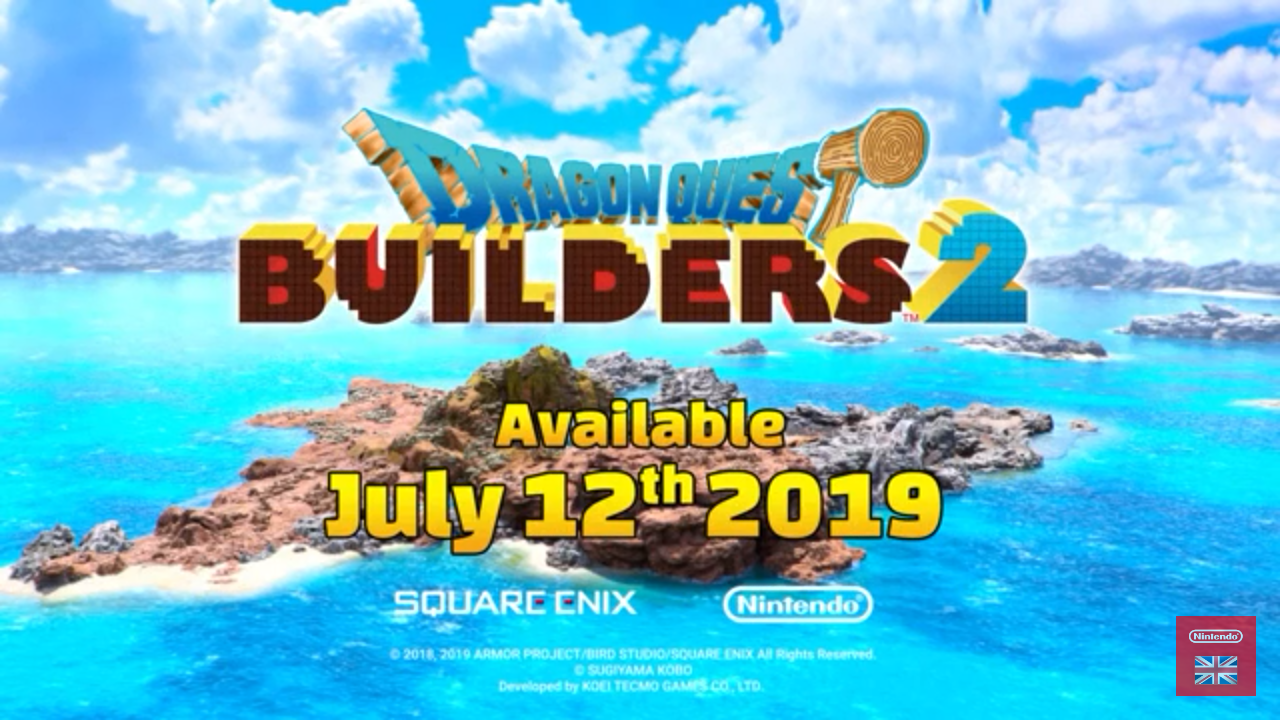 Dragon Quest Builders 2 will be receiving DLC for those that don’t just want to create their own adventure but expand upon it as well. The first DLC pack will release for free alongside the launch of the game on July 12th. Three sets of Paid DC are also on the way starting from July 26th. You can buy each pack individually or all together in the season pass for $20.99. you can pre-order both Dragon Quest Builders 2 and the DLC Season Pass digitally on the Nintendo Switch eShop now.

You can find more details about the Season Pass and what each DLC contains in the official announcement below.

BUILD YOUR OWN WORLD OF ADVENTURE, THEN EXPAND IT! DLC PACKS ARE IN THE PIPELINE FOR DRAGON QUEST BUILDERS 2 ON NINTENDO SWITCH

Those who can’t wait to get building can pre-order the game and purchase the DLC Season Pass from today via Nintendo eShop, separately or as a digital bundle

22ndMay, 2019 – Digital pre-orders of DRAGON QUEST BUILDERS 2 on Nintendo Switch are open today, coming alongside the news that four packs of additional downloadable content will be available for the RPG adventure. To get all the DRAGON QUEST BUILDERS 2 content as soon as it is released, it’s also possible to pre-order a digital bundle containing the main game and the Season Pass together.

DRAGON QUEST BUILDERS 2 launches on 12th July 2019 and will get one free DLC pack as well as three paid DLC packs after launch, with the first two packs released on 26th July. Each of the paid packs can be purchased separately, or together as a Season Pass (Price: €20.99). These packs will offer various content such as new locations in the game, additional recipes, new quests and a variety of customisable options like clothes and hairstyles.

What’s more, a selection of in-game items are available as bonus content for those who purchase the game and/or Season Pass digitally. More details on the bonus items can be found on the respective product pages on Nintendo eShop.

DRAGON QUEST BUILDERS 2 is the sequel to the acclaimed DRAGON QUEST BUILDERS, combining both RPG and crafting gameplay. Players gather materials to create things like weapons, buildings and even entire towns. On the Isle of Awakening, up to four Builders can explore together in local wireless or online play. Those who own the originalDRAGON QUEST BUILDERS for Nintendo Switch will be able to craft the Legendary Builder’s Outfit and the Dragonlord’s Throne.