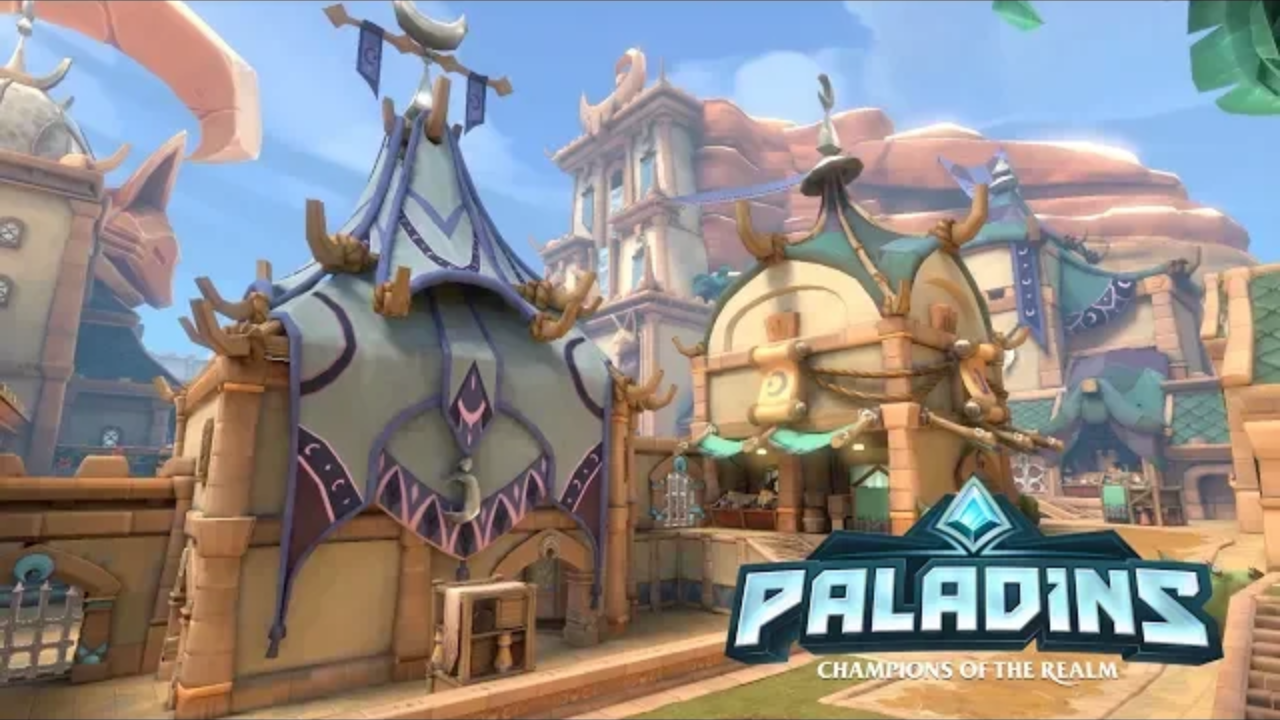 Hi-Rez Studios have announced that their game Paladins has received a new battle pass, bringing a new map and treasures to the game. The Steel Forged Battle Pass is available now across all compatible platforms. The Nintendo Switch version has also received voice chat functionality as well. To access it, go to the Audio tab in the options menu.

We have the official announcement below. If you would like to know the full patch notes for the Steel Forged Battle Pass, you can find them on the Paladins website.

Bazaar, a new map for the marquee Siege mode, takes the Paladins and Magistrate’s conflict to an all-new locale. Players battle for victory in the streets and alleys of this bright, flourishing village that worships the power of the moon. Adventure through the hidden market and learn
more about the ancient lunar goddess and her followers as you explore the area. Throughout
the market, you will notice the importance of the moon, foxes, and a mysterious deity-like statue
in the city center.

The vibrant market offers players a unique new gameplay mechanic in the Realm: Gates. Create game-winning strategies with new team-based gates that only open for the correct team, allowing for quick retreats and strong flanking opportunities. But beware – quick and mobile enemies will be able to take advantage of the open gates if you’re not careful!

The Steel Forged update also includes the all-new Steel Forged Battle Pass. Over 100 great
treasures await in this epic fantasy-themed Battle Pass. Set out on an adventurous quest with
new skins for Androxus, Imani, Mal’Damba and Barik. Players can unlock Steel Forged Androxus, the Dragon’s Keep Animated Loading Frame, and an exclusive Dragon Forged Avatar instantly when they purchase the Steel Forged Battle Pass. They then earn up to three
Champion Skins at levels 10, 40, and 50, just for playing Paladins. With every level, players will
continue to get new rewards, including Death Stamps, Sprays, and Emotes. For those who complete the Battle Pass, there is a Plus Track that rewards players with an alternate skin color
of each skin in the main Battle Pass.