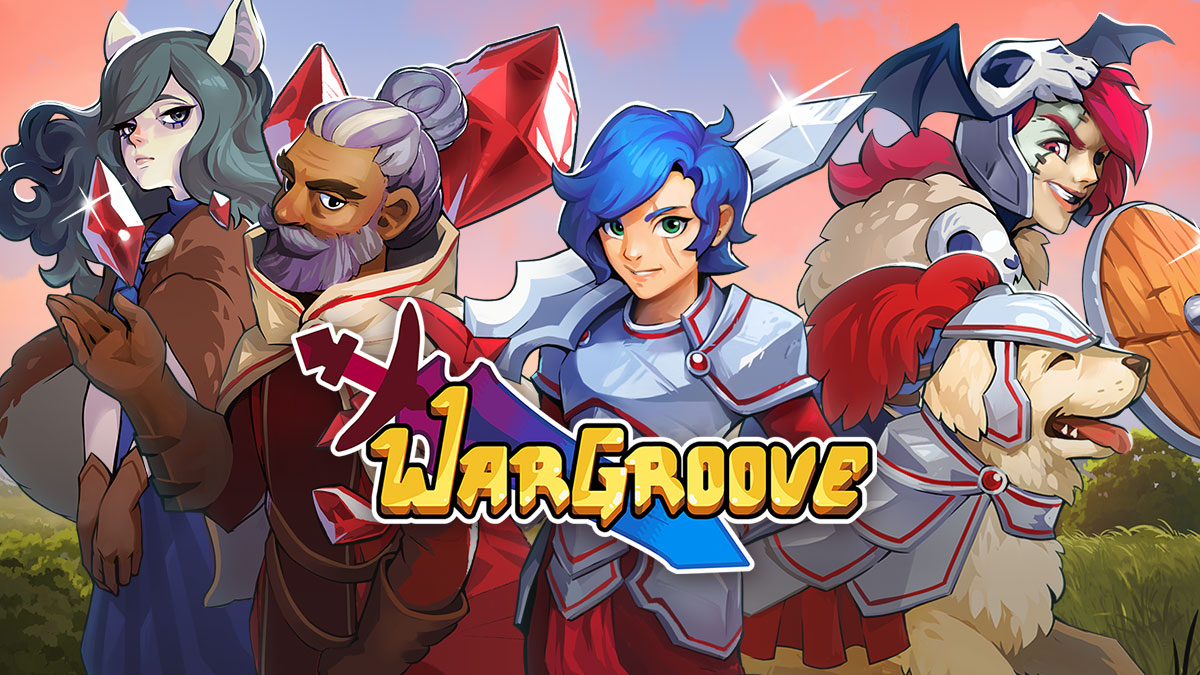 The year 2019 has just started, but Wargroove already figures to be this year’s Celeste.

Chucklefish’s sophomore effort, Wargroove, is a departure from Starbound, their first foray into video game development. Most famously known for publishing games like Risk of Rain and Stardew Valley, Chucklefish has finally cemented themselves as a real player in the game-making spectrum.

There are plenty of similarities to previous strategy games like Advance Wars, or present-day offerings like Tiny Metal, but its fantasy setting and humor remind me more of one of the greatest PlayStation One classics, Final Fantasy Tactics. Sure, the gameplay similarities are more disparate to this title than the aforementioned ones, but Wargroove has quickly become my favorite turn-based strategy game of this generation, much like Final Fantasy Tactics was the pinnacle of the genre in the late 1990s.

Wargroove begins with the late King Mercial II having fallen in battle, and the young Queen of Cherrystone, Mercia, fighting to rid her kingdom of the forces of evil, but when Valder, Lord of the Felheim Legion arrives, she is forced to flee her home or risk sudden death at his hands. Joined by her older mentor and her loyal canine, Queen Mercia is thrust to new lands in search of allies, hoping to come back with a strong enough army to free her people once and for all.

The game starts with a superbly animated intro that gives way to pixelated characters that ooze charm out of every sprite. The game itself is vibrant and colorful, and features subtle animations that accentuate each character class.  There are small action scenes that illustrate the clashes between armies and occupation of strongholds, and the dialog is just as fun as the expressions from the characters themselves as they interact throughout the story.

The music is another highpoint during your journey, and denotes certain similarities to Advance Wars, making the game feel bigger in scope. Aptly used during interactions and blasting at its core with magical jubilation, it is equally as engaging and soothing as the game’s aesthetics. Thankfully, Chucklefish has enabled us to collect the songs one by one as we play the game, allowing us to listen to the music outside of a campaign through the jukebox.

Wargroove does provide an assortment of “main” characters that you get to manage throughout the game, although you are never in charge of more than one commander at a time. The game features a total of 12 Commanders which you will either use or fight against, and each of those commanders has a unique battle ability called “Groove”. Mercia, for example, restores 50% of the health of all friendly warriors in her vicinity, and although some of these abilities could make the commanders seem like overpowered fighters compared to the rest of the soldiers, the game does a good job of balancing the power and not allowing you to plow through the enemies and beat the missions with only one character.

During battles, you move all of your units and once your turn ends, it is time for the other side to make their move. A fog covers most of the area, limiting visibility and forcing you to plan carefully as you advance. Deploying units like battlepups (especially in higher grounds) can open up the map more, letting you see farther, but it is never recommended to go rogue. Moving your units in a cohesive manner is oftentimes the best strategy. And so is concentrating on capturing strongholds before you rush towards the enemy.

Your units (and the enemies) health is calculated as a total of ten points, with every strike lowering your health until you are banished. The higher your health, the higher the damage you will deliver, but having a character with low health approach an enemy fighter will almost always result in defeat.

Deploying units together can result in added bonuses when attacking or defending, so it is also very important to understand each unit you poses and how they can complement one another. For example, pikemen can deliver additional damage if they are positioned next to another pikeman unit.

Income drives success in this game, and you earn income every turn. The more buildings you have captured, the more gold you will have coming in, and the more you can invest in units to support you. There are swordsmen, pikemen, battlepups, wagons, rangers, alchemists, among others, but you have to be careful though, as the enemy will be following the same strategy and improving their forces.

The story itself is light despite what the intro video and initial dialogue will have you think, but the Codex section has additional details on the Commanders, Units, Terrain, Lore, and Rules. Despite the limited story substance, the game itself is anything but. Wargroove’s replayability factor is boosted by its insane amount of content.

It is almost impossible to unlock everything during your first playthrough, which is why Wargroove allows you to replay the missions whenever you want to, hoping to score higher and earning additional stars by taking less casualties or racing to finish the levels faster.

Aside from the main campaign, the game boasts up to 4-player local as well as online battles, pitting you against people around the world. Arcade mode which is centered around one of the commanders, pits you against enemies continuously in a series of five battles on randomly-generated maps, as you hunt for a mysterious weapon.

Puzzle mode acts more like a chess match, in which you need to analyze the battlefield and win it in one single turn. Additional collectibles like unlocking art inside the Gallery and listening to the game’s music collected in the Jukebox provide incentives to continue to play to unlock more items. And then comes the level editor.

Wargroove’s level editor by itself is worth the price of admission. If the game had been sold as a create-and-share-your-own-adventure, even hardened fans would have found little to complain. As part of the ‘Create’ section of the custom content, you have the ability to craft your own map, as well as an entire campaign. The tools themselves are a little clunky, but easy to figure out and once you do, there is little you won’t be able to do.

Still, the creative content doesn’t just stop there. Creating an entire campaign allows you to even design cut-scenes to further expand your story and then share them online for others to experience.  This part is especially engaging, so much so that soon after the game’s release, there was a plethora of maps created that paid homage to various strategy games, including the game’s main inspiration, Advance Wars. Designing maps to play with others can give you the equivalent of having home court advantage during an NBA series, so make sure you understand your strengths and apply them when an enemy ventures into your lands.

If there is a downside to the game, is its difficulty. Although the game has subsequently been updated to include custom, story mode, easy mode, medium mode, and hard (default) mode, initially the game’s only difficulty was set to hard. I found myself playing single missions, which could last for an hour, only to lose and have to repeat it all over again from the beginning. To be honest, this review would have been finished much sooner, if not for the number of times I needed to revisit the same mission.

This was true even at the very beginning of the game. The initial missions are basic enough that the game takes its time guiding you through the different mechanics, but right after the first Act was finished, I encountered my first roadblock. Even for people that are experienced on strategy games, expect to have a handful of deaths before you start understanding the intricacies of how the map works and the enemy attacks. I’m afraid that people new to the genre or who lack experience will be turned off by how hard the game can be, and will stop playing the game before they realize the difficulty can be adjusted.

Another downside to the game is the lack of touch-screen support, especially when it seems like it would be perfect for it. The level editor could have been one of many things to have benefited from touchscreen support.  Regardless, expect to use the Joy-Con and Switch Pro Controller to guide your units to total domination.

Wargroove is undoubtedly one of the greatest 2D strategy games in the last decade and a legitimate successor to the Advance Wars series. The game’s difficulty can be a turn-off to some, but thankfully Chucklefish has introduced new difficulty settings to accommodate players who might want to just breeze through the story.  As far as the overall experience, if Chucklefish had stopped with the campaign itself, that would have been enough, but with additional modes like local and online multiplayer, Arcade mode, Puzzle mode, and Create mode, Wargroove figures to be a battle that will have you revisiting it long after its finished.