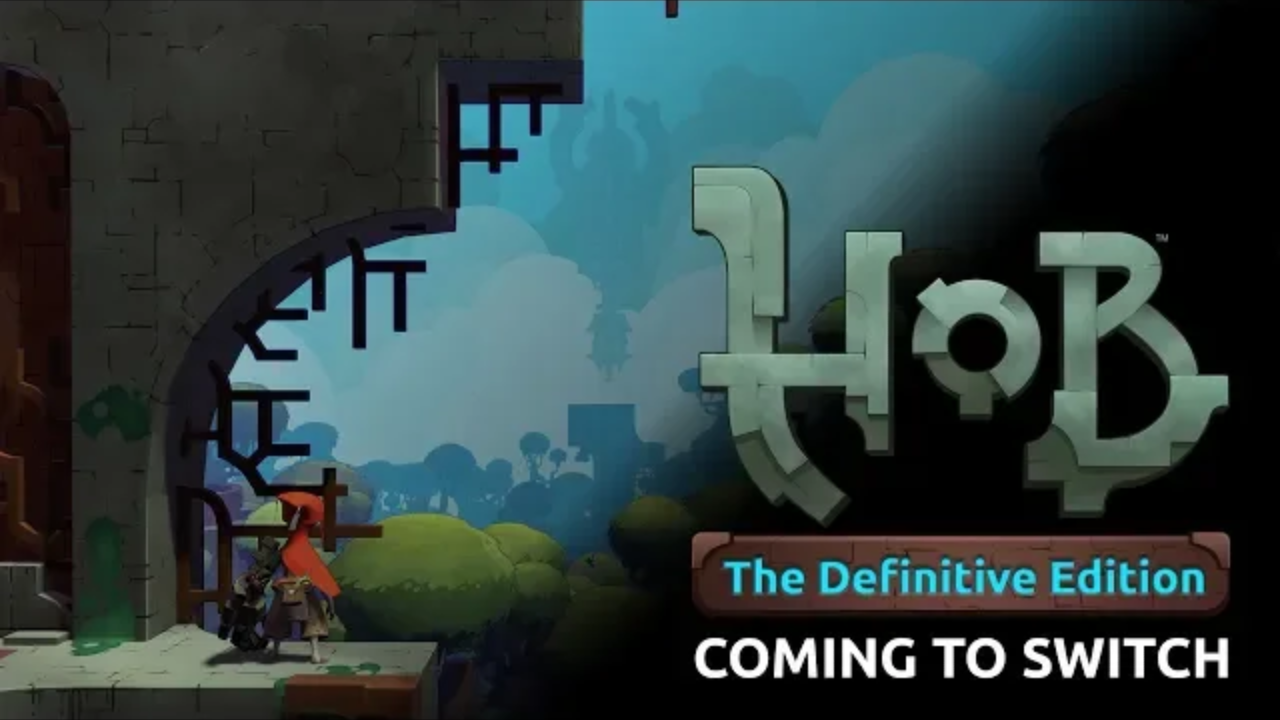 Perfect World Entertainment has announced that they have partnered up with Panic Button to bring multiple games to Consoles. HOB: The Definitive Edition is just one of the games and it will be releasing on Nintendo Switch on April 4th. The other game is Torchlight II, which is releasing some time in Fall but it has not been specified for what consoles it will release on.

You can find out more about HOB: The Definitive Edition and a trailer in the official announcement below.

HOB: THE DEFINITIVE EDITION COMING TO NINTENDO SWITCH ON APRIL 4

Starting today, players can order Hob: The Definitive Edition for $19.99, which launches April 4 on the Nintendo Switch™ system. This immersive atmospheric single-player adventure was originally developed by Runic Games for PC and PlayStation®4 in 2017. Panic Button has taken everything that fans loved about the original game and developed a version exclusively for Nintendo Switch, featuring improved controls and game features.

The team is also working on an enhanced version of Torchlight II, which will launch on consoles this fall. Soon console players will be able to discover why this classic ARPG dungeon crawler became such a fan-favorite when Runic Games released it on PC in 2012. Additional details on Torchlight II will be revealed soon.

Starting today, users can visit the Nintendo eShop for Nintendo Switch to pre-purchase Hob: The Definitive Edition ahead of launch. Those who purchase the game now through April 17 will save 10% off the original retail price of $19.99.

Hob: The Definitive Edition is an artfully crafted single-player adventure which sends gamers on a mysterious, breathtaking journey through the ruins of a lost civilization, where they will encounter strange creatures and unlock satisfying puzzles hidden throughout the world. The team at Panic Button has developed a version of the game for Nintendo Switch that provides adventurers with brand new ways to unravel the mysteries of Hob.

This includes added camera controls, improvements to the game’s UI, a variety of quality-of-life improvements and new features only possible on the Nintendo Switch system, including HD rumble and touch screen functionality. A full list of enhanced features available with

This includes added camera controls, improvements to the game’s UI, a variety of quality-of-life improvements and new features only possible on the Nintendo Switch system, including HD rumble and touch screen functionality. A full list of enhanced features available with Hob: The Definitive Edition will be revealed at launch on April 4.

“Panic Button has established an incredible reputation of bringing some of the best games in the industry to new and exciting platforms,” said Yoon Im, Senior Vice President of Global Publishing at Perfect World Entertainment. “They’ve done a masterful job of bringing Hob to life on the Nintendo Switch, and we’re excited to introduce the game to a new audience.”

“Adventurers were transfixed by Hob when this mesmerizing single-player adventure game first burst onto the scene a few years ago,” said Andy Boggs, Technical Director at Panic Button. “And over the years Torchlight II has a gained a cult-like following amongst even the most hardcore of ARPG fans. We’re so excited to work with Perfect World Entertainment on bringing these fan favorites on new platforms, for a new generation of gamers.”