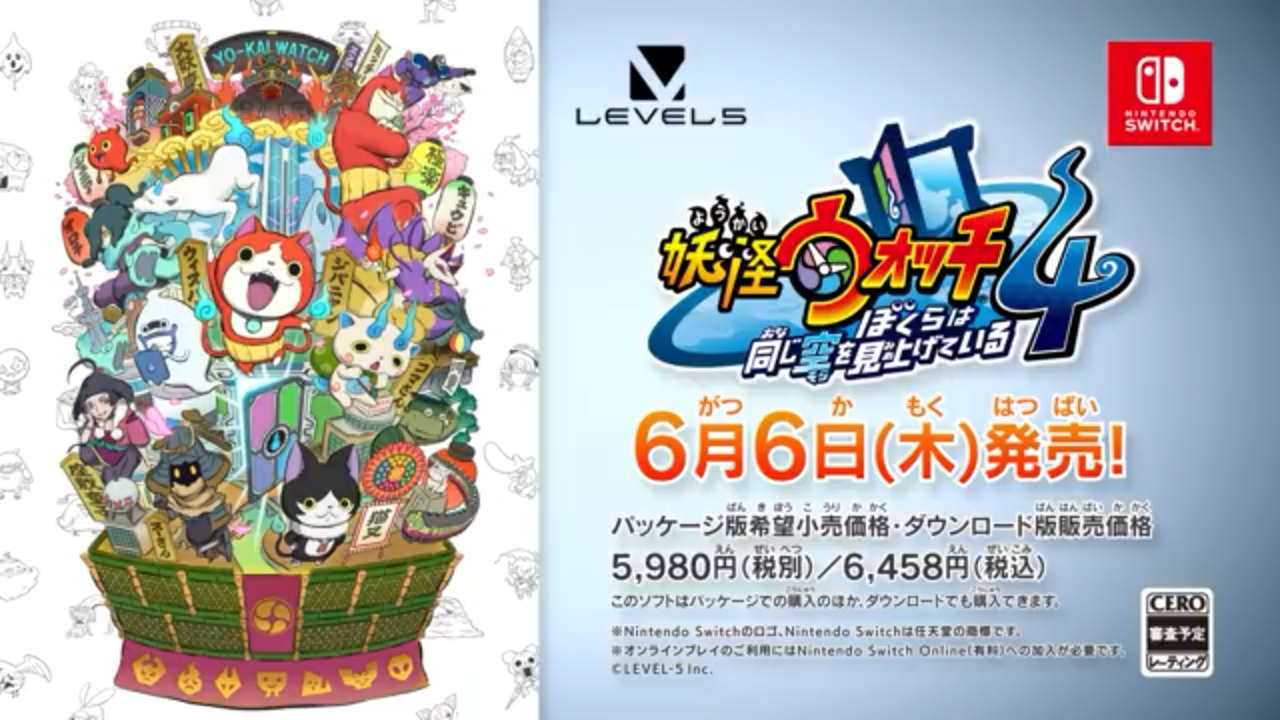 Level-5 have released a new preview trailer for their game Yo-Kai Watch 4. The game which will release on June 6th, 2019 for Nintendo Switch in Japan, has also been give an official subtitle in Japanese, “Bokura ha Onaji Sora wo Miageteiru.” This translates in English as “We’re Looking Up at the Same Sky“.

The trailer itself features more gameplay, which you can check out in the video below.