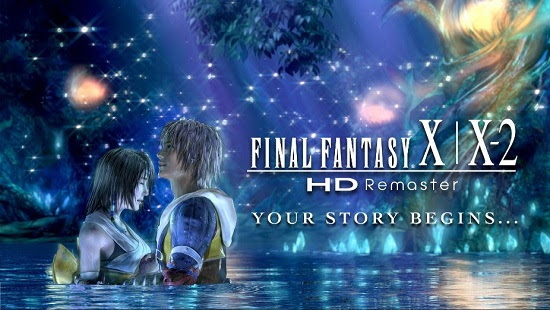 Square Enix have announced that pre-orders have now opened up on two of their classic Final Fantasy games that will be releasing on Nintendo Switch. Final Fantasy XII The Zodiac Age and Final Fantasy X / X-2 HD Remaster will release in April but can be pre-downloaded right now.

The official announcement can be viewed below along with two new trailers and some new artwork for Final Fantasy XII The Zodiac Age.

LOS ANGELES (Feb. 25, 2019) – Critically-acclaimed FINAL FANTASY® X / X-2 HD Remaster and FINAL FANTASY XII THE ZODIAC AGE™ are now available for digital pre-order from SQUARE ENIX®. These two classic titles are slated for release on to the Nintendo Switch™ system and Xbox One family of devices including Xbox One X in April.

Key features for FINAL FANTASY XII THE ZODIAC AGE include high-definition graphics, original and remastered soundtracks, and a new trial mode. Other additional enhancements include:

SQUARE ENIX also unveiled a brand new trailer for FINAL FANTASY X / X-2 HD Remaster that showcases the emotional story and exciting gameplay players can look forward to. The game includes modern visuals, the ability to switch between the iconic original or re-arranged soundtracks, and dozens of hours of adventure and exciting gameplay content. The “Your Story Begins” trailer is available at:

FINAL FANTASY X / X-2 HD Remaster and FINAL FANTASY XII: THE ZODIAC AGE will both be available for the Nintendo Switch and Xbox One family of devices including Xbox One X, on April 16 and April 30, respectively, for $49.99. For more information, please visit: https://na.finalfantasy.com/.

These titles are rated T (Teen). More information on ratings is available at the Entertainment Software Rating Board (ESRB) website at www.esrb.org.

Based on the 12th numbered entry in the smash hit FINAL FANTASY series that has sold over 6 million units worldwide, FINAL FANTASY XII THE ZODIAC AGE has re-worked the game’s design and re-mastered their visuals in full-HD, making full use of current generation hardware capabilities to improve the graphical and audio quality for the ultimate play experience. FINAL FANTASY XII THE ZODIAC AGEtakes place in the breath-taking world of Ivalice, where magic is commonplace and airships fill the sky. The small kingdom of Dalmasca is caught between warring empires Archadia and Rozarria, and the lone heir to the Dalmascan throne, Princess Ashe has devoted herself to forming a resistance to liberate her homeland. The story begins when Ashe meets Vaan, a young thief who dreams of flying free in the skies, as their adventure changes the destiny of the world’s greatest nations.