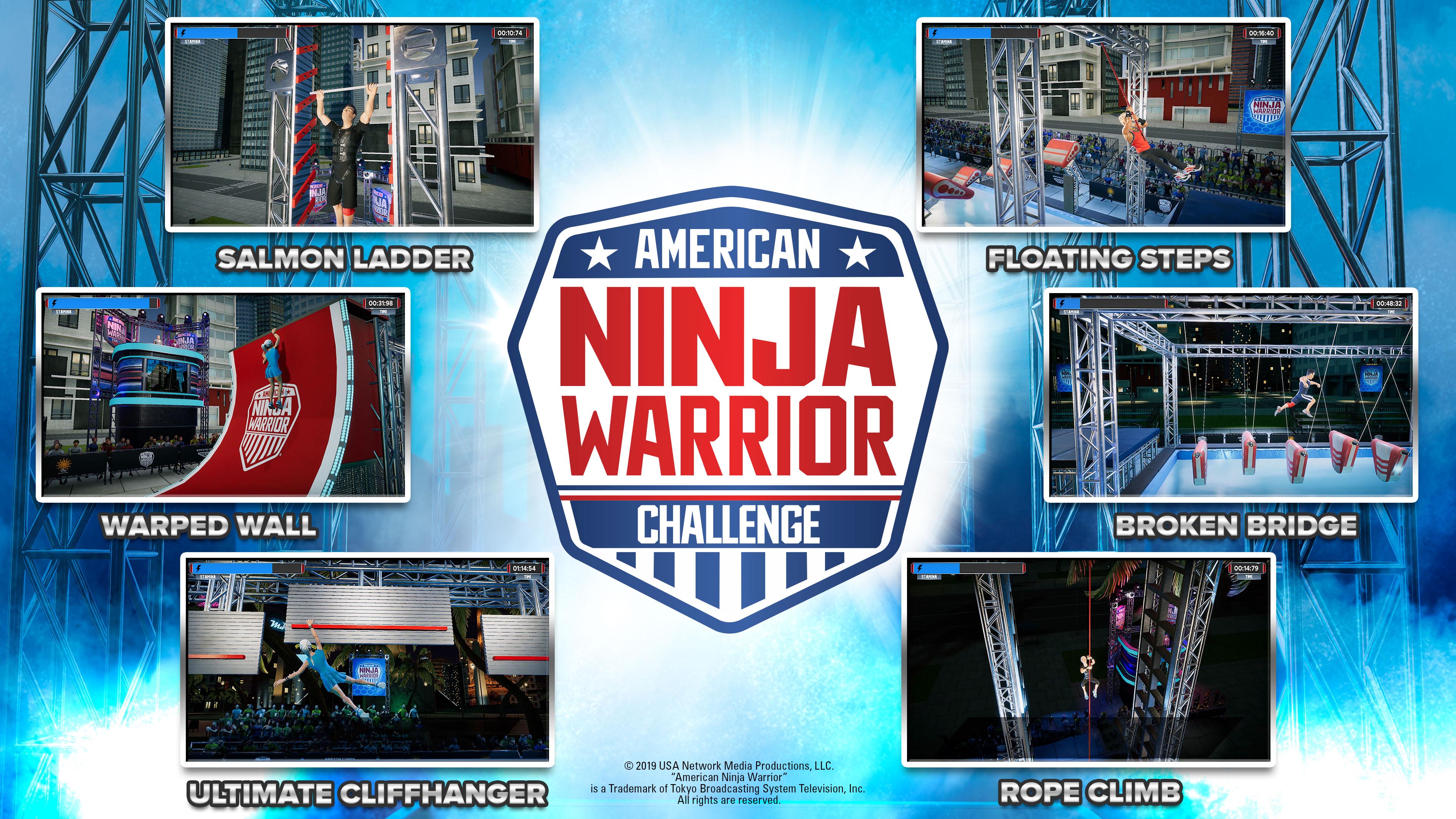 GameMill Entertainment have announced that they have now opened up pre-orders American Ninja Warrior Challenge on Target, Amazon, Best Buy, Walmart and GameStop. New details have also been revealed on some of the stages and game features.

These game features include:

Salmon Ladder: Perform a perfect sequence to climb the ladder; as athletes progress, their stamina will decrease.

Warped Wall: Quickly run and jump at the optimal moment in order to pull athletes over the iconic American Ninja Warrior warped wall.

Floating Steps: Jump from one step to the next, maintaining momentum and balance, to reach the rope and swing athletes to the platform.

Broken Bridge: Perform well-timed footwork to keep athletes from falling; the higher your stats, the better the chances of making it through this obstacle.

Ultimate Cliffhanger: Athletes must power themselves across gaps to snag the ledge.

Rope Climb: The classic gym class rope climb but taken to Ninja Warrior level. Alternate hands and legs in perfect rhythm to climb the rope to the top. Launching on March 19, 2019 for PlayStation 4, Xbox One and Nintendo Switch, American Ninja Warrior Challenge marks the first time anAmerican Ninja Warrior experience will be available on consoles. Created by GameMill Entertainment, a leading publisher of casual games for the mass market consumer, in collaboration with NBC and Universal Games and Digital Platforms, players compete on favorite obstacle courses from the show to earn the American Ninja Warrior title, while show hosts Matt Iseman and Akbar Gbajabiamila provide commentary. Players can test their skills with friends and family in couch multi-player mode or take on career mode to train and compete all the way to Mt. Midoriyama.