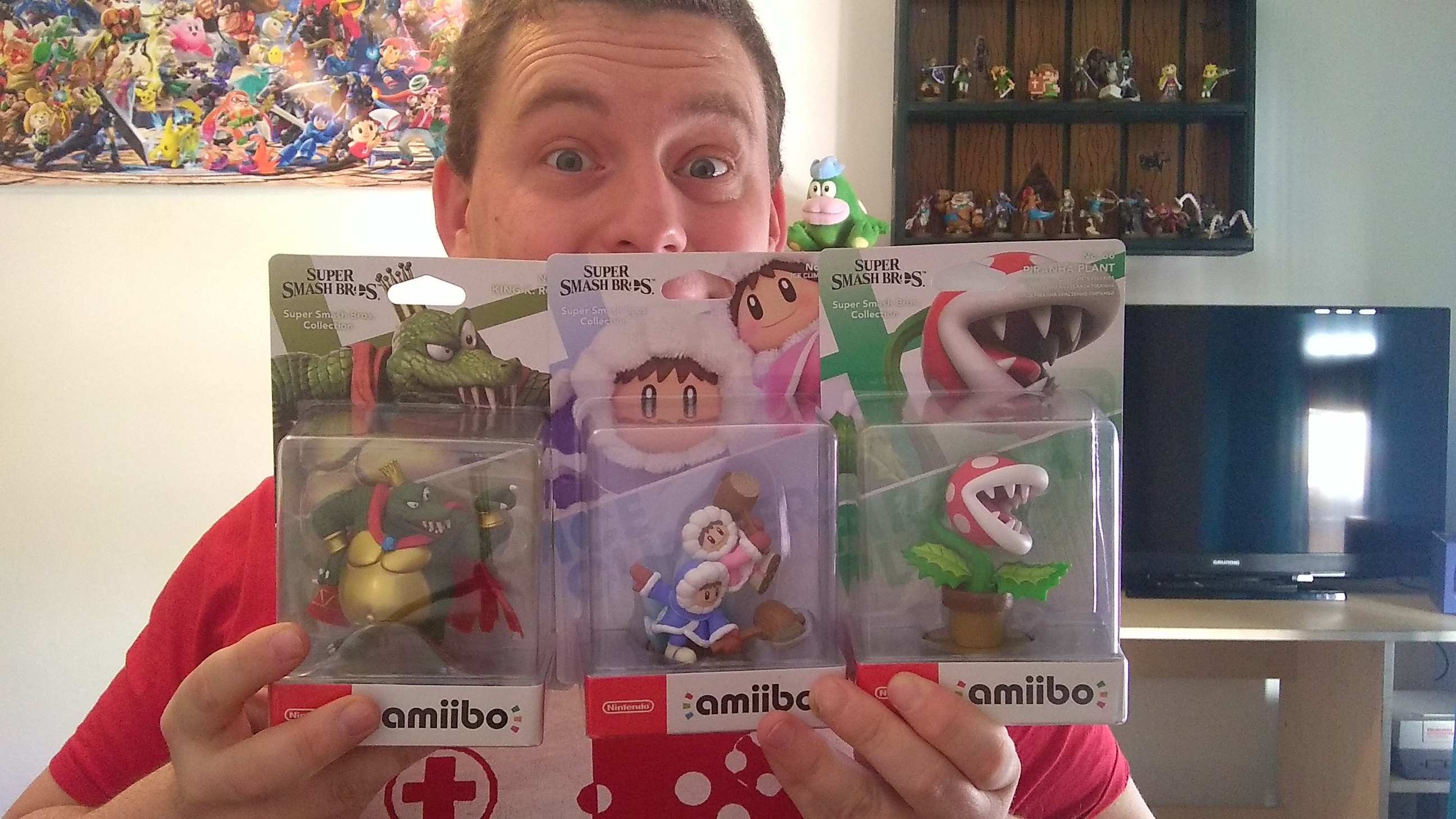 With the release of three new Super Smash Bros Ultimate amiibo, Mike couldn’t help but acquire them all and do an amiibo unboxing video. The three new amiibo that released on February 15th, 2019 are Piranha Plant, Ice Climbers and King K. Rool.

You can check out our amiibo unboxing video below.