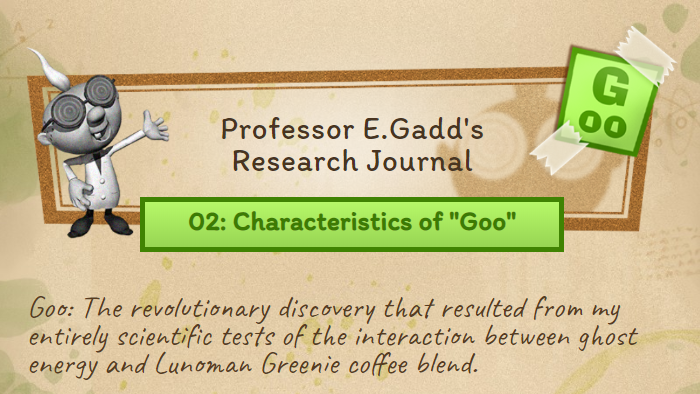 Completely out of the blue, Nintendo UK has posted a tweet regarding Luigi’s Mansion. The Tweet referred to Professor E. Gadd’s Research Journal entry into the characteristics of Goo. As Luigi’s Mansion players may know, the 3DS version that released in October 2018, had a new character named Gooigi. Gooigi allowed two 3DS owners to play together as a secondary playable character to the other player. Gooigi was made of a strange substance known as Goo, hence the name.

Professor E.Gadd's Research Journal has a new entry! Looks like more tests have been made on "Goo", including the use of fire and water! 🔥💧

The full log entry of Professor E. Gadd’s Research Journal can be found on the Nintendo UK website. Why all of the sudden interest in Goo has come from nowhere. The only time Goo was mentioned in Luigi’s Mansion was to explain the existence of Gooigi. One theory to Nintendo’s random “Research Log” entry is perhaps that the Goo may play a bigger part in the upcoming Luigi’s Mansion 3. I guess we will find out when more information about Luigi’s Mansion 3 becomes available