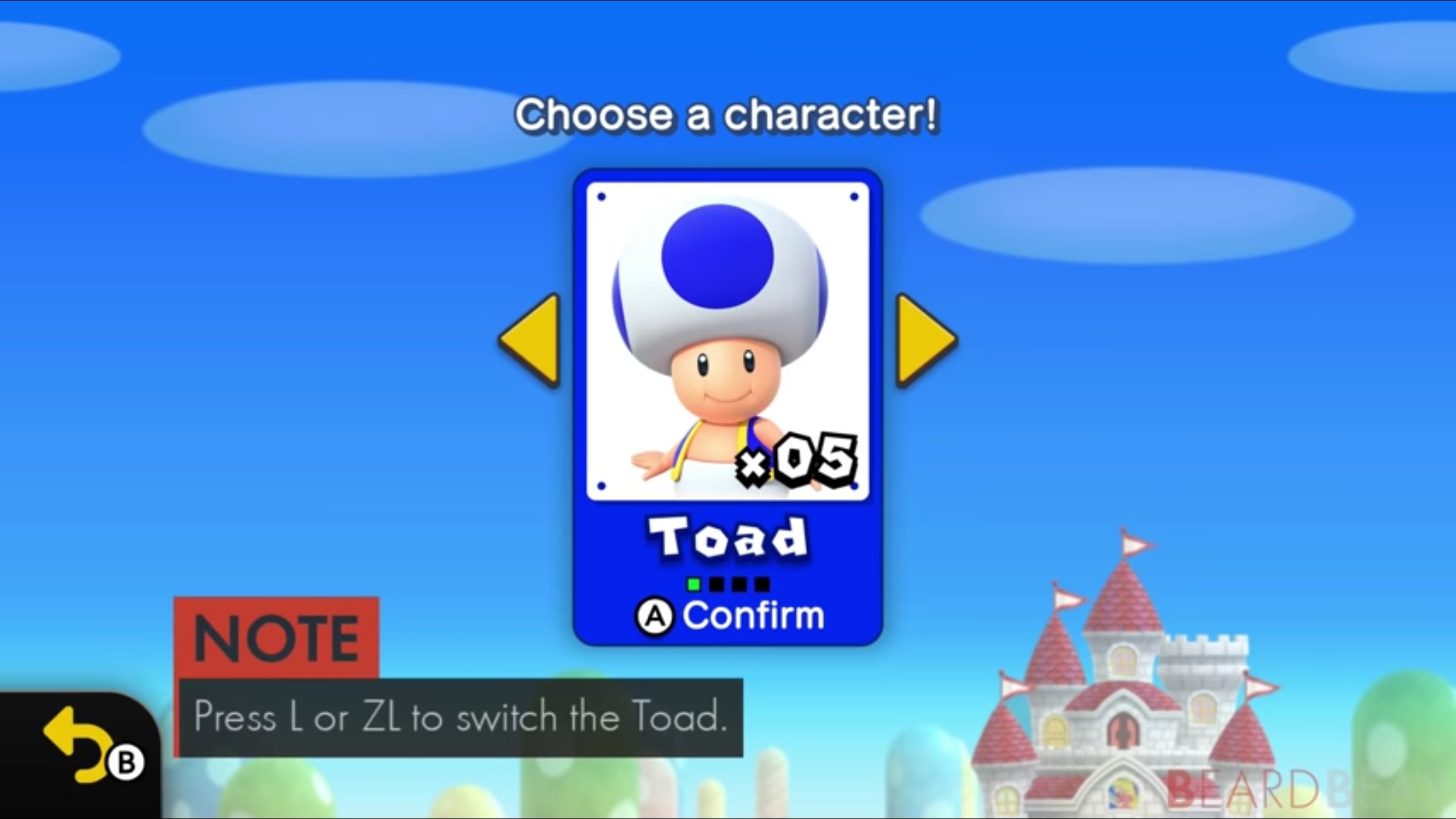 Surprise! Blue Toad is in New Super Mario Bros. U Deluxe after all

Remember when Nintendo revealed New Super Mario Bros. U Deluxe and it soon came to light that Blue Toad wouldn’t be a playable character in it? Well, it was all lies.

Now that the review embargo is up, Blue Toad is in fact in the game, only instead of having his own character slot, he has been demoted to being an alternate skin for Yellow Toad. To change to his colour, when choosing your character, before pressing A to confirm your selection of Yellow Toad, simply hold L or ZL and then press A. Hey presto, you can now play as Blue Toad.

To change back to Yellow Toad, repeat the process to play as Yellow Toad. A video of the blue fella can be seen here: