[Feature] Have A Super Mario Time With These Games On Switch 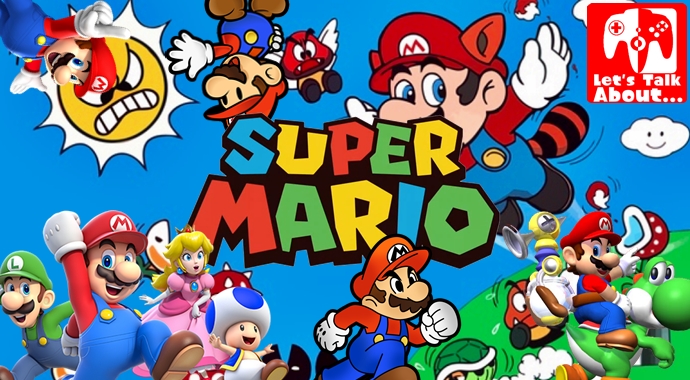 As part of Bros Week here at Miketendo64, we have put together this article to talk about the many games on Nintendo Switch that feature Nintendo’s favourite Plumber. Super Mario has been a playable character in 16 games available on the Nintendo Switch and is the titular character in 14 of them. We are counting those included in the NES – Nintendo Switch Online Service and the Arcade Archives titles as well. If you are looking to have a Super Mario Time on your Switch, we have compiled a list of games that you can play on your own or with others.

This is the Hamster’s Arcade Arcade version of the legendary Donkey Kong that was released 1981 in Arcades in 1981. Before he was known as Mario, he went by the name of Jumpman. Jumpman had to climb ladders, jump over barrels and smash them with a hammer, whilst trying to rescue Lady from the great Ape Donkey Kong.

An Arcade Archives version of Mario Bros. that originally released in 1983. Play as Mario or Luigi and punch enemies from underneath to flip them over and then kick them to defeat them. Two players can play together simultaneously and can choose to cooperate with each other or compete against each other.

“VS. SUPER MARIO BROS.” is an action game that was released in 1986 by Nintendo. Mario and Luigi must venture through the Mushroom kingdom to rescue Princess Toadstool, who has been kidnapped by King Koopa. The VS. version is from the Nintendo VS.SYSTEM.  The enemy and item positions are different from the Nintendo Entertainment System (NES) version.

It has become custom since the SNES, that you can’t have a Nintendo console without a Mario Kart title. The Nintendo Switch is no different. While it is a port of a Wii U title. Mario Kart 8 Deluxe is the definitive edition and its revamped Battle mode adds a whole new level of fun in an already pretty solid karting game.

What do you get when you let a small studio from a large third party developer and publisher get creative with one of your most precious IP’s? Well funnily enough, you get an incredible turn-based strategy shooter game with an outstanding soundtrack from the legendary Grant Kirkhope. The Mushroom Kingdom has been torn apart by a mysterious vortex and has been invaded by Rabbids! With the help of Luigi, Peach, Yoshi, Rabbid Mario, Rabbid Peach, Rabbid Luigi and Rabbid Yoshi, restore order to the Mushroom Kingdom whilst vaporizing those pesky Rabbids in the process. The Multiplayer mode allows two players to face against each other for even more crazy fun.

Take tennis to a whole new level in Mario Tennis Aces. Play in singles or doubles and use Zone Shots and Special Shots and swift footwork to dominate the court. Mario, Luigi, Peach, Daisy, Wario and Waluigi, all the fan favourites are here. With a choice of button inputs or motion controls, you can even challenge players locally or online. There is even an adventure mode and co-op challenge mode to expand on the gameplay of Mario Tennis.

Up to four players can join Mario, Luigi and friends on a 2D side-scrolling platforming adventure through the Mushroom Kingdom. The Deluxe version comes with both New Super Mario Bros U and New Super Luigi U. There are 9 worlds to journey through with 164 stages between the main game modes. Both Nabbit and Toadette are playable characters in either version and bring their own unique abilities to the game.

Mario has travelled through Galaxies and soaked up Sunshine and now he is going on an Odyssey. Super Mario Odyssey takes everything that players enjoyed about other 3D Mario Games and combines them in Mario’s biggest adventure yet. You can play alone or with a friend by giving your buddy the second Joy-Con. The second player get to take control of Cappy while Player One controls Mario. With 999 Power Moons to collect over 16 worlds, Players can lose themselves for hours in the Wonderful Kingdoms of Super Mario Oddyssey.

There ain’t no party like a Super Mario Party and it certainly is a return to form for this series. Super Mario Party goes back to the roots of what made Mario Party fun before it became rage building, family destroying, button mashing… oh wait, it is still those things. This time however, it is bundled up in with even more characters and mini games so you can add much more variety to your play sessions. Actually, Super Mario Party is a lot of fun and while the potential to destroy relationships is still there, you can have plenty of fun with each other before the inevitable happens.

Though Mario is not THE main character in this epic brawler, he has been a part of the series since the very beginning. Super Smash Bros. Ultimate can bring up to 8 players together for a smashing good time. Mario hasn’t come alone as Luigi, Wario, Princess Peach, Daisy, Yoshi, Donkey Kong and Dr. Mario come along for the beat-em-up battle Royale that allows players to fight as their favourite Nintendo characters like Link, Samus, Fox McCloud and yes… even Mario.

We began with some of Mario’s Retro titles and have subsequently returned to them. The NES – Nintendo Switch Online allows players to play through a catalog of games that released on the NES. With 6 titles featuring Mario, including DONKEY KONG, Mario Bros., Super Mario Bros., Super Mario Bros. 3, Dr. Mario and Dr. Mario SP as well as other Classic NES games. Most of these games can be played with a second player locally and online and are available to play for free as long as you have a valid Nintendo Switch Online subscription. Some of the games are available as part of the Arcade Archives Series of games on the Nintendo Switch already but you can save yourself a bundle if you opt for a yearly subscription to Nintendo Switch Online and will get to play games like Mario Bros. and DONKEY KONG for “free” with even more games being added to the service.

Well there you are folks, there was our Super Mario Time! list of games featuring Super Mario on the Nintendo Switch. Have you played any of these games yet? Which one is your favourite and who do you enjoy playing these games with? Let us know in the comments or send us your Stories to: contact@miketendo64.com. We will share your stories on our website during our Bros Week Celebration (Jan 7th – Jan 13th) and the most popular story will win a copy of New Super Mario Bros. U Deluxe for Nintendo Switch!