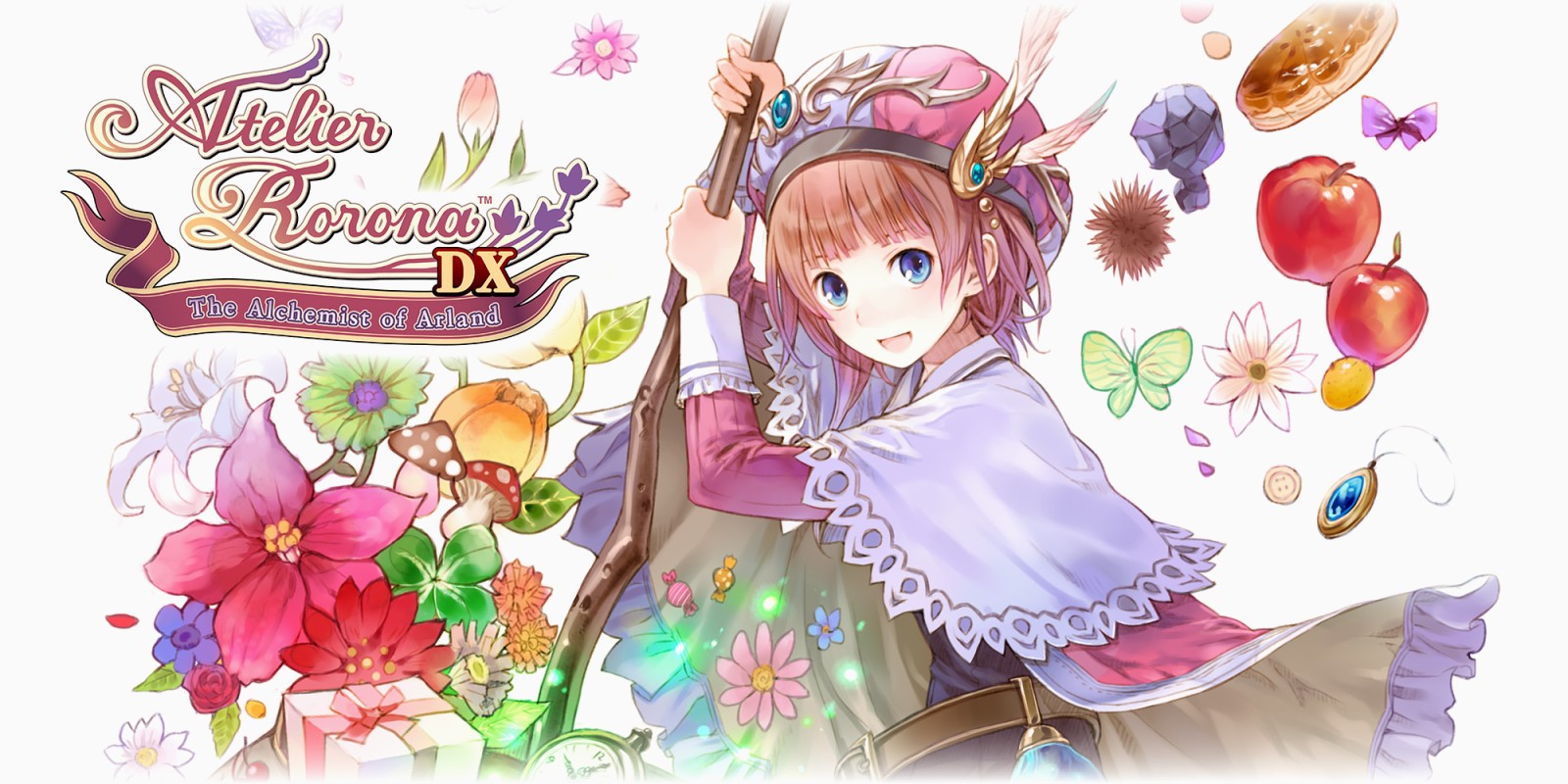 The story begins with Rorona.

The Atelier series of games is a long-running franchise spanning some 19 games. You will never hear these games uttered in the same breath as say Final Fantasy, Dragon Quest or Shin Megami Tensei, but it is a franchise that is dear to a lot of JRPG fans hearts. The highest point of the series is often thought to be the Arland Trilogy, which has thankfully been released on the Nintendo Switch. How do these PS3 era games hold up now though? Let’s find out starting with the first game in the trilogy, Atelier Rorona.

Atelier Rorona centres around Rorona, a young woman who works at the local alchemy workshop. Unlike other JRPG’s, where you and your team become heroes of legend, go on an epic quest, and eventually topple a world-threatening evil, Atelier Rorona is more of a slice of life game. Instead of the epic quests, you are tasked with completing tasks for the kingdom to earn the right to keep your workshop open. This makes the story a lot more personal and laid back, which is a great change of pace compared to other games in the genre.

The general overview of the story, is that Rorona is working at an alchemy workshop to help pay off a debt to the local alchemist, Astrid. One day, the king orders that the workshop shows its worth to the town, which essentially means they must complete four tasks a year for three years, or else the workshop will be closed down. Astrid can’t be bothered, and thrusts the workshop onto Rorona, who has never performed alchemy before in her life.

From here, the story focuses on Rorona’s comprehension of alchemy, the relationships she forms, and her growing confidence as she slowly becomes a true alchemist. All this happens despite Astrid not really helping out at all.

Due to how personal the story is, the game lives and dies by its characters, and thankfully each one is well fleshed out and likeable. Well, one or two may not be all that likeable, but that is intentional. The voice acting is great, breathing life to each of the people you meet, as well as establishing Rorona as a character you care about

Gameplay-wise, this is very much your typical JRPG, though what aspects of that the game focuses on is a little different than usual. The game is based in the town of Arland, and you will never visit another town the entire time playing this game. This lets you get close to the townspeople, become familiar with every location, and helps keep this story grounded.

Instead of traveling to different towns, you will explore the areas surrounding town, such as the neaby forest or the ruins just outside of town, among other places. These areas are where the traditional JRPG elements of the game surfaces. Here, you will encounter creatures, collect loot and gather ingredients.

The battle system is very simple. You can either use a physical attack, a special attack that consumes mana, use an item, guard to prevent bug damage, or attempt to flee. Battles are all turn-based, so you can take your time planning your strategy on how to tackle each fight. There is a turn order on the side of the screen to, which can help you prioritize which enemies to take out first to prevent the most damage.

You can have a party of up to three, so Rorona and two bodyguards. The hired muscle you bring along are all people you meet through your time running the workshop, so Rorona has a somewhat personal connection with each of them. Sometimes this will trigger some unique dialogue when you enter certain areas, which helps to flesh out each character. Hiring good help isn’t free though, so you need to make sure you budget properly to be able to hire who you want.

Fighting and levelling up your party is not the main focus of the game though. Creating items using alchemy is what Atelier Rorona centres around, and that system is quite robust. To create something, you need to first buy or gather the ingredients needed to synthesise the item. Once you have the items required, you then go to the cauldron in your workshop, select the item you want to make, select the ingredients to use, and cross your fingers that your creation is successful. The more items you synthesise, the more experience you gain, and the higher level you will become. Your alchemy level is separate from your battle level though, so don’t think that fighting monsters will be a substitute for levelling up your alchemy.

Your alchemic creations are the crux of what the missions handed down by the kingdom are based on. You may be asked to create cannons and dynamite to help with the towns mining operation, or create items to help cool things down for an upcoming heat wave. Each job has a time limit, so you need to make sure you finish it in time, or your alchemy workshop may be closed down.

Speaking of time, each action you do takes a certain number of days to complete. Tricky alchemy can take a few days to make, traveling to a faraway location may take some more days etc. That means you need to manage your time wisely in order to make the deadline for your main task. Most jobs give you 90 days, though a select few are needed in even shorter time. I never found this to be too much of a struggle, and I often found myself killing time by exploring areas and levelling up my party, or creating random alchemic creations I hadn’t tried before.

Each main mission earns you a stamp on a 9 square stamp card. You earn a stamp for completing side quests dolled out by the kingdom, and completing a row of three stamps will earn you a reward. These rewards range from money and items to permanent stat upgrades and new recipes. This system definitely entices you to complete as many side quests as you can so you can earn all of the rewards.

Later you will unlock a helper named Hom, who will be able to do a range of tasks you give it. Basically, Hom can gather some ingredients from areas you can’t be bothered to return to, or even synthesise items you don’t want to waste time on. I had my Hom make a bunch of dynamite and cannons to help me with my battles, saving me a lot of time which allowed me to explore at my leisure.

The game has a beautiful art style that I fell in love with. It is somewhat cutesy, but it fit the overall tone of the game. There are some dated aspects though, like some poor quality textures and some jagged edges, but this is a remaster of a PS3 game so that is to be expected. Thankfully the art style makes up for these graphical flaws, much in the same way the GameCube version of Wind Waker does.

Unfortunately, there are some slight performance hiccups. When wandering around crowded areas, the frame rate does noticeably drop, namely in the town square. Thankfully this doesn’t detract from the game too much, and never interferes with the gameplay, but it is definitely something to be aware of.

Atelier Rorona: Alchemist of Arland DX is a charming slice of life JRPG that will melt your heart. It has a lot of great traits, such as its beautiful art style, well thought out characters, great voice acting, deep yet accessible systems and enjoyable story. Playing a game that isn’t based on being a hero of the world and defeating an insurmountable foe was a nice change of pace, and the laid back nature of this game is splendid, although admittedly not for everyone. A few frame drops in certain areas are unfortunate, though they aren’t enough to detract from what this game does well.