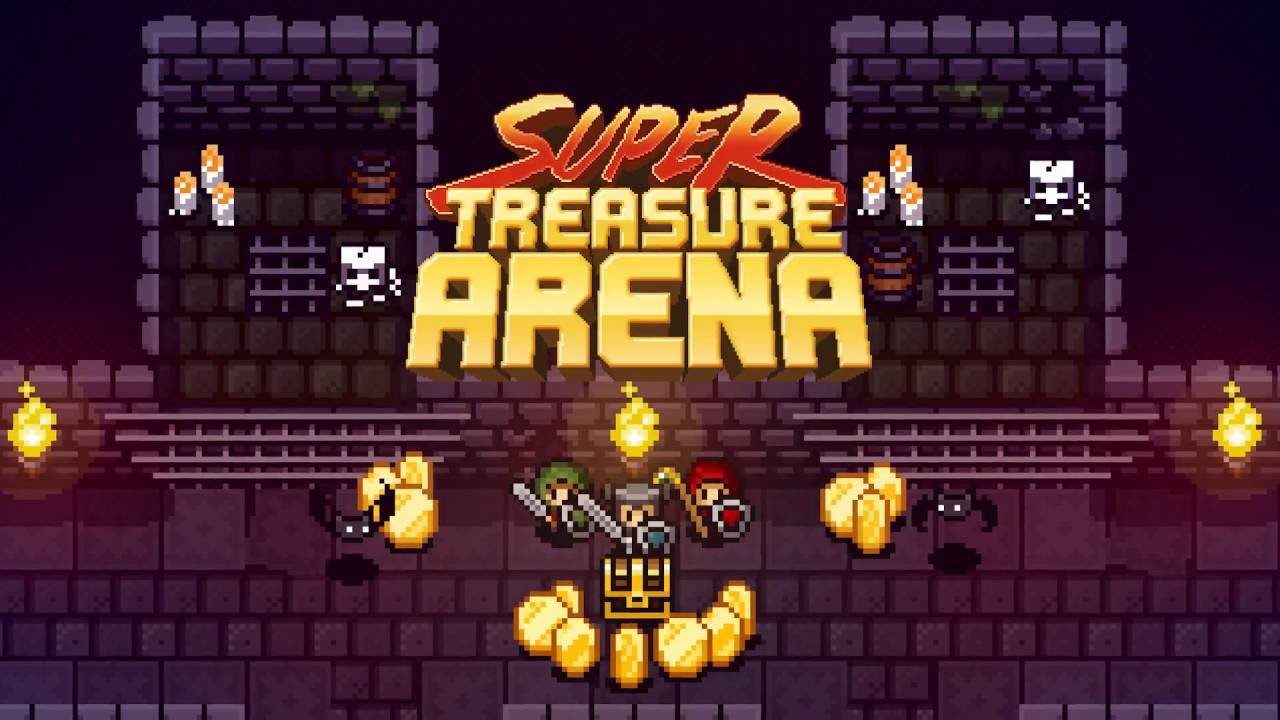 Indie game publisher HeadUp Games are bringing twin-stick shooter Super Treasure Arena over to Nintendo Switch on December 24th. Inspired by retro multiplayer shooter games, Super Treasure Arena has players battle against each other while trying to collect as much treasure as possible. There is also a wide array of enemies to keep players on their toes and drop even more bounty.

You can find more information in the official press release below, as well as a trailer for the game

Get ready for frantic treasure hunting with your friends!

Super Treasure Arena features competitive play sessions focussing on battling your buddies on the same screen, just like we did many a night with multiplayer gems such as Bomberman. Besides real human enemies and bots, there’s a menagerie of monsters to shake things up and to drop even more coins for you – collect them all!

Since there’s no pre-game inventory loadout in Super Treasure Arena, you pick up your weapons on-the-fly. Depending on which you’ll find, you either shoot the hell out of your buddies or try to avoid direct confrontations, first focusing on treasures and smaller monsters. On top of that, each of the five characters has a unique special ability to turn the match around instantly. Either way, you need to grab coins and avoid being blasted by your “buddies”. The action is non-stop and a ton of fun!

Super Treasure Arena is a unique mix of retro-inspired arcade action and objective-based arena shooters. The result is a frantic game where collecting and stealing loot from your opponents is the key to victory. Play alone or challenge friends locally via split-screen for 2-4 players!

ENTER THE ARENA
Choose one of four different characters (each with a unique special ability) and battle it out on tight top-down maps, filled with angry monsters and shiny loot. Various weapons scattered across each map can be picked up and will help you blasting away your opponents, including bows, magic staffs, bombs, rockets and more!

MULTIPLAYER MADNESS
There are two insane multiplayer modes for you to enjoy. Just hunt for the most coins possible locally against your buddies via split-screen!