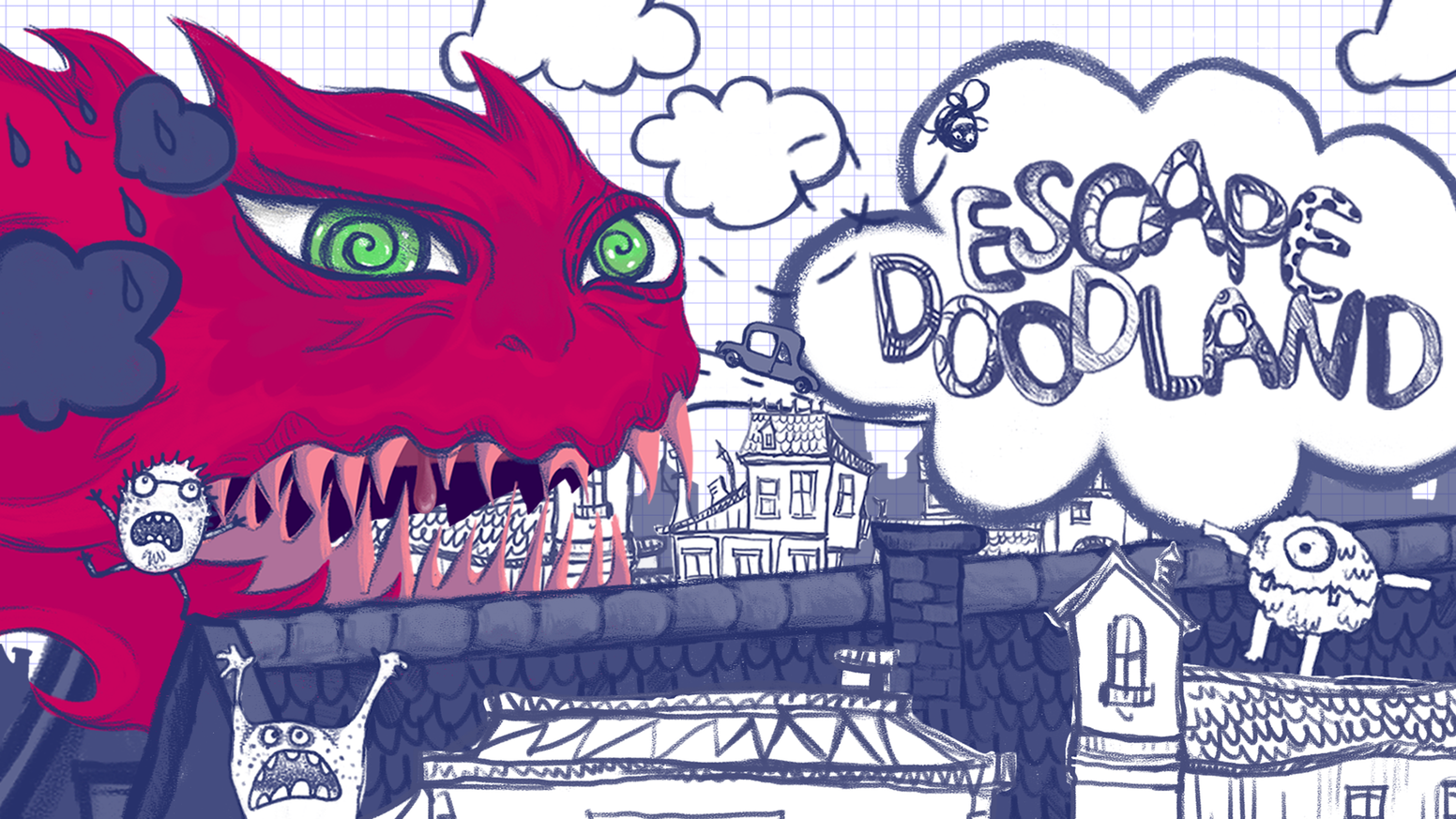 2.5D Platformer Escape Doodland Will Flee to Nintendo Switch and Steam on November 30

In the event that today’s release of platformer Rage in Peace, for Steam and Switch, doesn’t appeal to you, SONKA and QubicGames have come together to announce that the 2.5 Platformer “Escape Doodland” will also be gracing Switch and Steam on November 30 and you can learn plenty about the game, right here:

Warsaw—November 8, 2018—SONKA announced today that the quirky arcade platformer Escape Doodland will launch on November 30 for the Nintendo Switch™, published by QubicGames, and Steam, published by Ultimate Games. In this intense and insidiously difficult 2.5D game developed by flukyMachine, you will be eaten, burned, crushed, digested, shocked, slapped, poisoned or just fall down. Many times.

The happy and joyful world of Doodland has changed forever. Omnomus, a cruel monster that loves the taste of Doodlers, is wreaking havoc and you have only two options: run as fast as you can or die. Created on a piece of paper, each part of Doodland is different and features a unique atmosphere full of demanding obstacles forcing players to run, jump, swim and fly to overcome them. Escape Doodland is the brainchild of just two visionaries: Veronika Harkavenko, who created the stunning graphics, and Piotr Karski, who did everything else. The project was successfully Kickstarted earlier this year. SONKA produced the Switch version of Escape Doodland and contributed to balancing the gameplay.

Players may pre-order the Switch version at a 20% discount beginning tomorrow, November 9th.