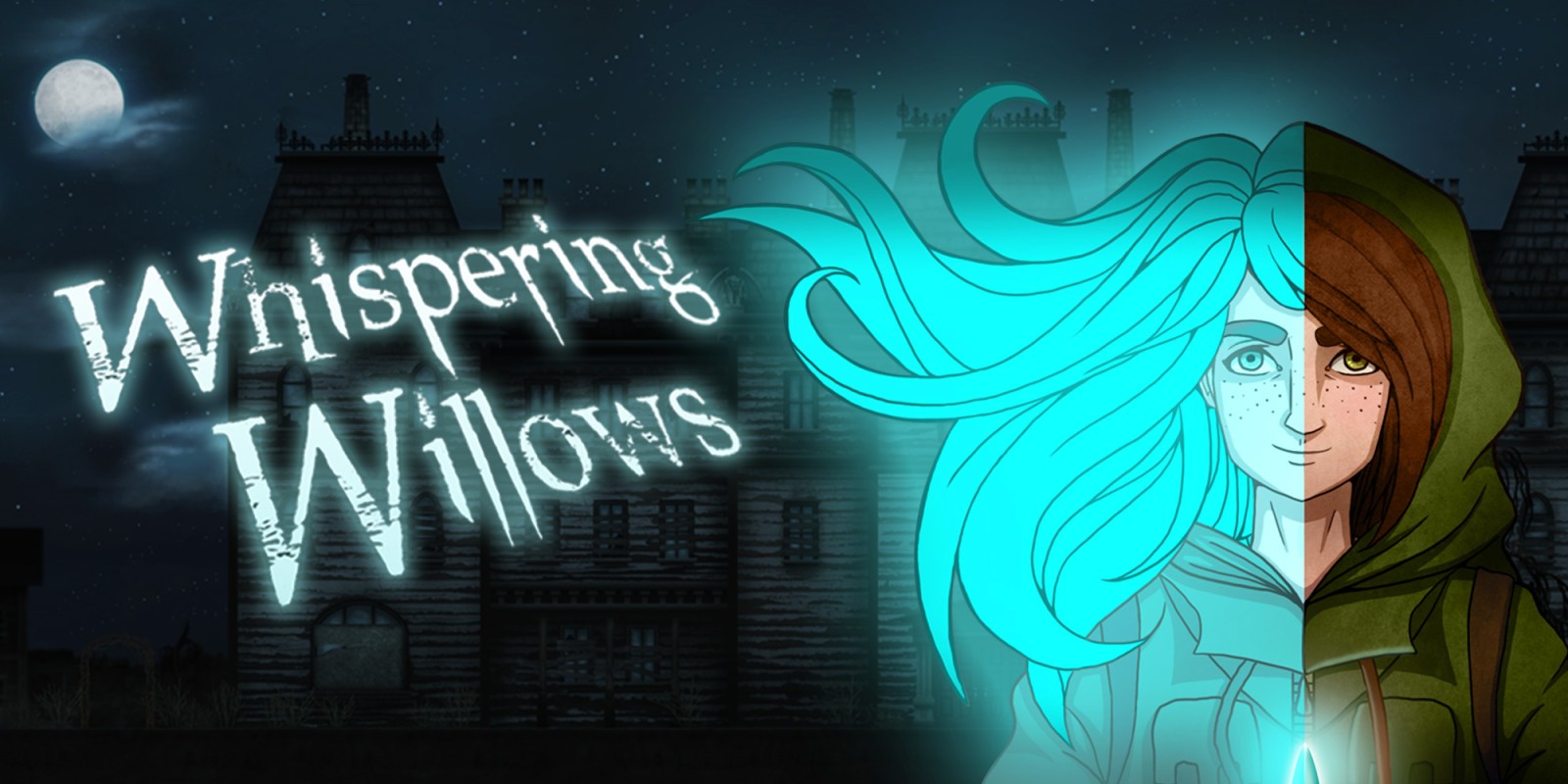 Whispers of a game that had potential…

As a player and a game developer that appreciates innovation, new game mechanics and fun implementations can be a great factor for attracting me to a given title. For example, Super Mario Odyssey’s Cappy mechanics were a standout characteristic that made feel like it wasn’t just another Mario game, but a unique game that made a couple of twists and resulted into something completely memorable.

In one of these searches for unique experiences, I came across a game that on Switch, promised that you could use the HD Rumble to feel the ghost presences and that promised a fun gameplay of switching between the human and spiritual forms of the protagonist Elena. That game is Whispering Willows.

Developed by Night Light Interactive and published by Akupara Games, Whispering Willows was originally released a few years ago for the Ouya and eventually ported to many platforms, including the Wii U. But four years on and now on Switch, do all the unique characteristics hold up? Let’s find out.

In terms of design, the devs behind Whispering Willows opted to go for a hand-drawn look and I have to say the visuals hold up pretty well, in-game and even in the few cut-scenes scattered throughout the game, and are very fitting for the story and atmosphere they were going for. Every item and character is easily recognizable even in the small 6-inch screen.

During gameplay, many characters have amazing animations that really show the detail and care that the developers put into making them look good. I want to give a special mention to the animation of the protagonist’s spirit form, whose hair animation is very beautifully done and detailed. I was only left wishing that most of the objects that move had a more detailed animation, not just a 2-frame animation that feels odd when all the rest is really well polished. Still, this is a small complaint in the grand scheme of things.

Story-wise, Elena’s father is hired to work as a caretaker of the Willows Mansion, only to then go missing, thus driving Elena to go after her father, in a bid to discover what happened to him and discover the mysteries and secrets hidden in the grounds of the mansion.

The plot unfolds via a 3 hour long campaign that is seen in-game, but is mostly told through the notes and diary entries that you will find and unlock as you go through. It is very easy to find all of them, so you will never miss an important point of the story. Some points in the lore really interested me and made me feel more invested in this world but I can’t say the same about the main game’s story, as I never felt affection or worry for Elena or for almost any of the supporting characters that show up throughout the game.

I do however find it neat that some of the individual stories of the characters that you are introduced as you play receive a closing in the final part, but I still was left feeling that the end is somewhat anticlimactic with many of the plot threads being completed is the most basic way.

I also think that a lot of the problems with the story development comes from the pace that things happen and the pace the character walks. Even though her main objective is to find her father, she is subjected to many tasks that normally come one after another to introduce the character and their backstory.

Normally that would be perfect, but the pace of it isn’t well planned and, unless she is outside, Elena won’t run even if she is in a risky situation, which can lead to a few minutes of backtracking and loading times.

Sadly, gameplay isn’t a strong point of the game. The majority of the time, Whispering Willows consist of finding a person in need of an object, finding a way to get the object and returning it to them. That mechanic wouldn’t be so bad if they provoked the player to think and solve it but almost all of them are very straightforward.

To make matters worse, the puzzles in the game are also straightforward, demanding almost no thinking at all. Those that involve using the spirit form boil down to finding the space to go through, possessing the object that the game almost begs you to possess and activating it or moving to a specific location.

There is a new ability for the spirit form that you gain in the middle of the game that is used in a “puzzle” for about 30 seconds and tossed away like if it was worthless. I do have to say that you may find one or two interesting puzzles scattered in the adventure but they are so few and far between that I never felt that it was that worth going through the other ones just to get to them.

Finally, a few minor points that I still want to emphasize are the lack of achievements, the HD Rumble and the controls. I really wish that they implemented the achievements inside of the game, because, with the lack of it, one playthrough is enough to see all the game has to offer (I did a second playthrough to check out some details, but it wasn’t worth it).

The controls however, are well implemented, but I felt that in some situation when you possess an object and have to move it through small places, made me feel less in control than I wish I had. HD rumble is a neat implementation, but in the end, although they work rather well, they also had a farther greater potential that they never got to live up to.

Whispering Willows isn’t the experience that I was hoping to get when I first learned about the game. Many of the things that excited me about it, felt underused and it isn’t a good conduit to the story they wanted to tell. I feel that you can easily find a game at the eShop that will satisfy you even more for the same price. But if that doesn’t discourage you, by all means do what you feel is right. I would however suggest holding off on getting Whispering Willows, until the time is right (ie, you need something new to play or its currently the only kind of game you can play during a funk.)