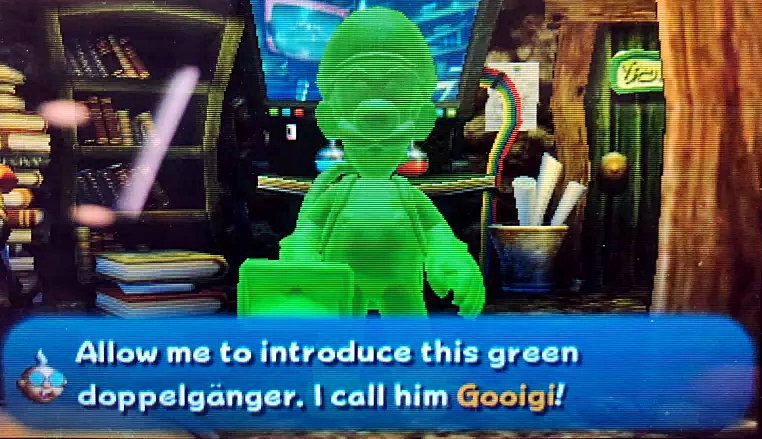 [Random] Is it a Slimer? Is it a Mike Wazowski? No, it’s Gooigi!

If you’ve been keeping up to date with all things Luigi’s Mansion, for the Nintendo 3DS, you should be aware of the game supporting co-op, with a green coloured Luigi-like ghost representing the other player you’re playing with.

What you might not know, is the fact that the other Luigi, is called Gooigi, which we’re assuming is pronounced similar to how Luigi is, but replace “Lu” with “Goo.” Where things get a tad more interesting however, is the fact that the name “Gooigi” was actually something outlets who received an early review copy, couldn’t comment on due to it being one of the requirements of the game’s embargo.

But hey, what a time we live in hey? First, the internet goes wild with their Bowsette and Booette creations, then it turns out Nintendo had a Bowsette-like design for Super Mario Odyssey, and now we have a literally Luigi, made out of Green Goo. Here’s hoping this skin gets the chance to make an appearance in Luigi’s Mansion 3 when that releases on Switch next year.