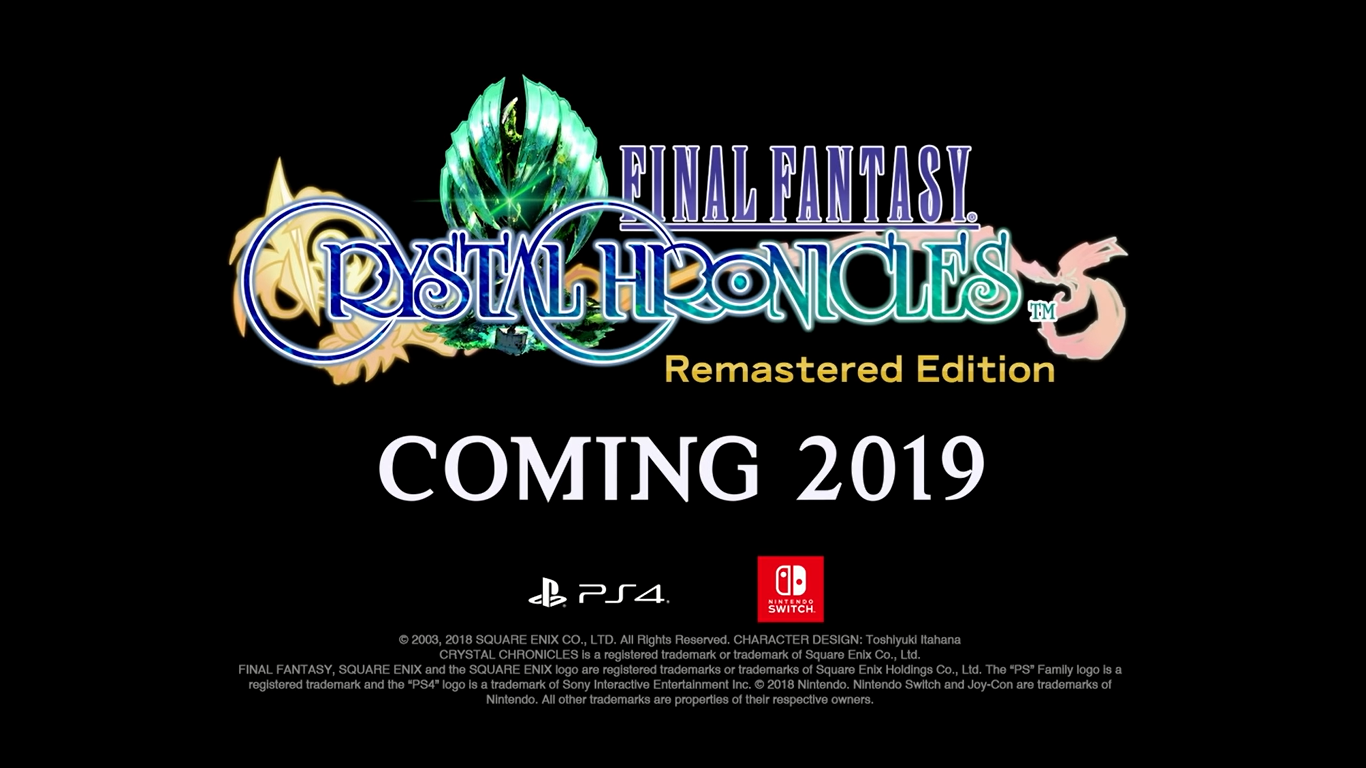 If the announcement of Final Fantasy XV Pocket Edition wasn’t enough for you, then perhaps this might be. Square Enix has announced that Final Fantasy Crystal Chronicles – Remastered Edition is coming to Nintendo Switch and PS4. The game orignally released on Gamecube back in 2003 is making a comeback and is planned for a worldwide release in 2019.

No other details have been shared yet. The only thing that has been public is an announcement trailer which you can check out below.