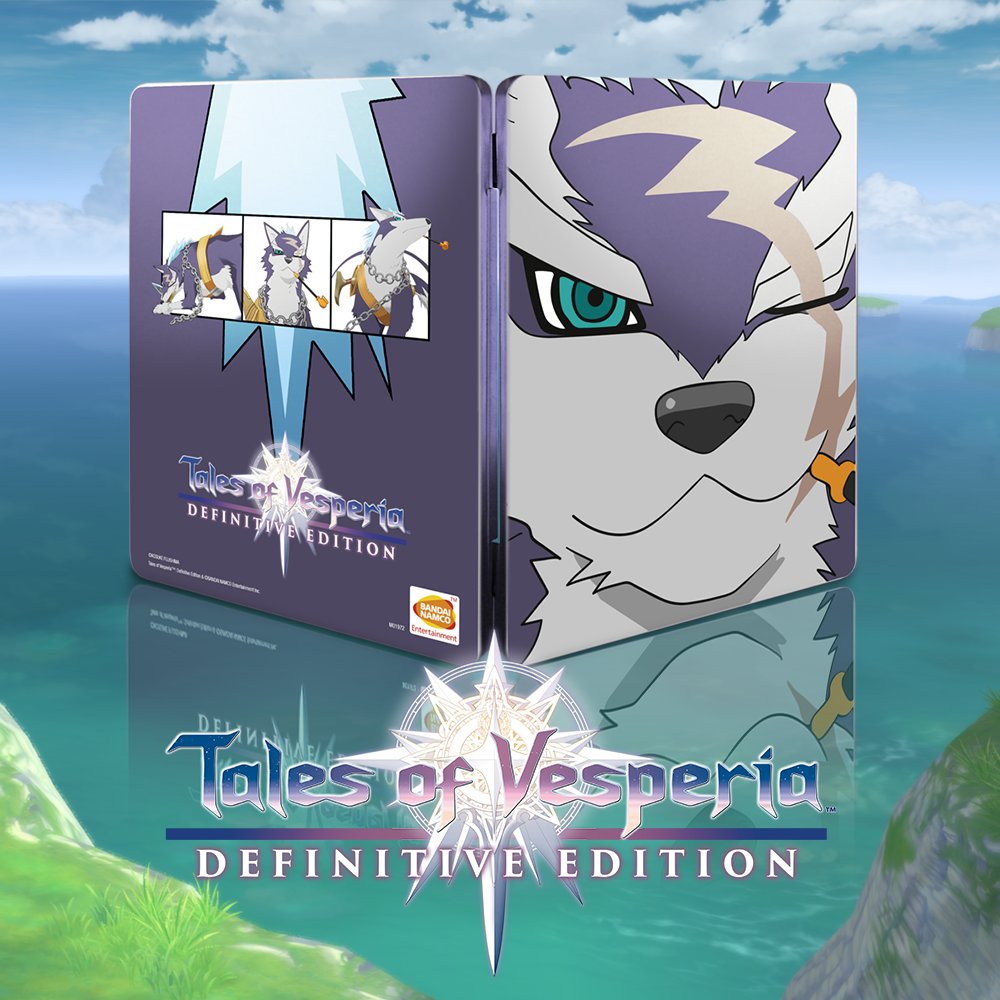 Good things come to those who wait and we have waited long enough!

For those of you waiting on news of Tales of Vesperia: Defintive Edition’s release date, Bandai Namco have at last chosen to great us with a January 11, 2019 release date for Nintendo Switch, PlayStation 4, PC and Xbox One.

The announcement for today’s news can be found beneath the following tweet, which reveals a special edition steel book that’s also in the works:

10th September, 2018 – Richmond, UK: – After overwhelming fan demand, BANDAI NAMCO Entertainment Europe is pleased to announce that TALES OF VESPERIA™: Definitive Edition will be available for the first time in Europe on January 11th, 2019 for Xbox One, PlayStation®4 computer entertainment system, Nintendo Switch™ and PC.

TALES OF VESPERIA: Definitive Edition uses a specialised iteration of the ‘TALES OF’ series’ Linear Motion Battle System for combat. Players control a single party member in real-time combat while other party members are controlled by a customised set of A.I. commands. Players can swap between any of the four characters at any time during battles and can perform physical attacks, Magic Artes or even powerful Mystic Artes.

TALES OF VESPERIA: Definitive Edition will be available for the Xbox One, PlayStation 4 system, Nintendo Switch and PC.