[Interview] Talking “On The Origin: The Unofficial Guide To Pokémon Design” with Noah Shepherd 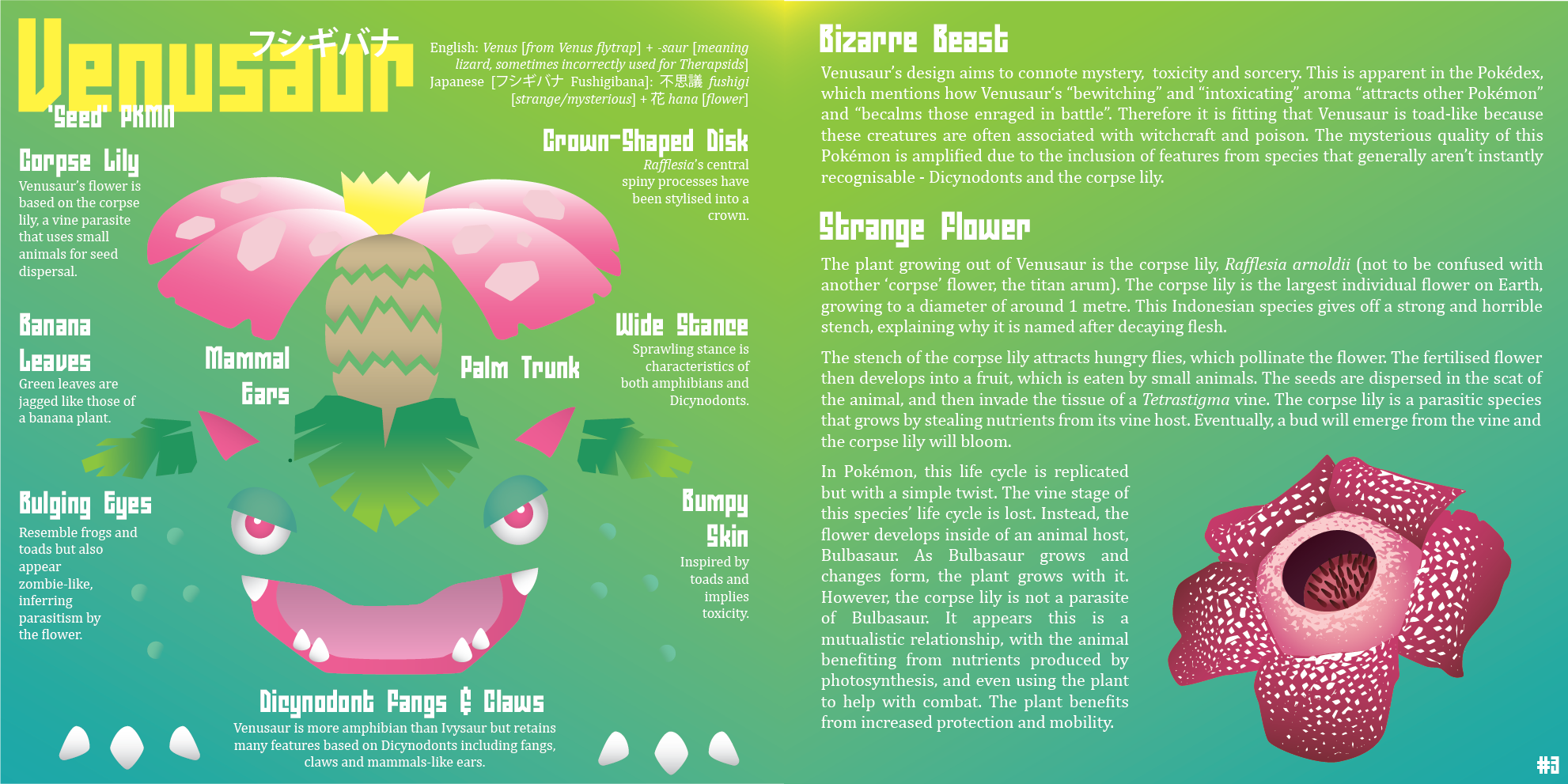 Last week we had the pleasure to write about a Kickstarter Campaign by Noah Shepherd. A campaign that if funded, will see Shepherd release a book based on the Pokémon franchise that takes a good look at the Pokémon of Kanto.

With the campaign now into its final week and short of its mark, we felt that its’ only fitting that we’d conduct an interview, to give the project some added promotion, and you can see how we got on, right here:

In typical interview fashion, would you be so kind as to introduce yourself to our readers and tell us a bit about yourself and your background?

Noah Shepherd: I’m Noah Shepherd, a London-based 22-year-old with a background in biology and graphic art. I am currently Artist in Residence for IUCN Gibbon, the conversation organisation for these fascinating small apes.

I did my master’s degree in Biological Science at University College London and have always preferred zoology over botany.

Miketendo64: As a biologist, who worked in a lab at the Natural History Museum, how did you find your placement?

Noah Shepherd: My professor and her lab were based at UCL, where I did my degree, but she relocated to NHM which is why I got the opportunity to do research there.

On the Origin: Kanto Edition in a Nutshell:

Miketendo64: For our readers who have yet to hear about On The Origin: Kanto Edition, what is the book about?

Noah Shepherd: The book explores the real-life inspirations behind the design of the original Kanto Pokémon. These influences, which have a variety of biological and cultural origins ranging from organisms to man-made objects, are brought together and analysed in this illustrated guide to explain the design of each Pokémon species.

The Inspiration behind On the Origin: Kanto Edition:

Miketendo64: Where did the inspiration for On The Origin: Kanto Edition come from?

Noah Shepherd: The idea came about when I was playing Pokémon GO whilst walking home from work along the river Thames. A Wailmer encounter reminded me of the time that a real whale swam up the river, and in typical biologist fashion, I started thinking about the type of whale that Wailmer is based on.

In the first few months, the project was an Instagram page where people would submit their AR photography and I would research and break down the real-life organisms behind the Pokémon’s design. But looking at Pokémon design is like going down a rabbit hole and I started discovering really fascinating information about the cultural and mythical origins. I was blown away by how well-rounded the design concepts are.

Finished in time for Christmas:

Miketendo64: How much time have you been able to put into the book already and how long do you think it will take you to finish it?

Noah Shepherd: I must have put hundreds of hours into the project and since finishing my placement have been able to dedicate even more time to it. I’m working to get the book to people by Christmas.

Miketendo64: Given your education and the history Pokémon has, just how much time do you spend researching each and every Pokémon, legend, and myth and do you have a research process?

Noah Shepherd: I probably spend 2-3 hours on average researching each Pokémon. I start off with a Google search for the existing information – the general online consensus about the design origins. I evaluate these theories with further research into the origin creature, plant, object, myth, character, etc. I also look at the Pokédex entries as they often reveal possible sources of inspiration.

The Appeal of Gen I:

Noah Shepherd: I’m usually a cat person so it has always been a bit weird that Growlithe and Arcanine are my favourite Pokémon. Research for this project has shown me that they have some cat influence (specifically tigers, which often feature in the Japanese guardian statues that inspired these Pokémon). This has only made me like them even more!

There is obviously a strong sense of nostalgia associated with Gen 1 – I remember opening my first pack of Pokémon cards and being really excited with a Horsea!

Pokémon Ranger for the Win!:

Noah Shepherd: I know this is a strange answer but I when I was younger I spent so long playing Pokémon Ranger on my DS so I’ll always have a soft spot for it. As someone who loves wildlife photography Pokémon Snap also has to be one of my favourites, I hope they make a sequel!

Noah Shepherd: I really, really want a Switch and am currently saving up for one but I need to upgrade my computer to speed up my working process first. I’d pick Pikachu over Eevee.

The More the Merrier:

Miketendo64: Provided all goes to plan, and things go well for On The Origin: Kanto Edition, will you be doing a follow-up in the form of a possible On The Origin: Johto Edition?

Noah Shepherd: I would love to make this into a long term project that would be an absolute dream!

The Benefits of Backing the Kickstarter Campaign:

Miketendo64: Since On The Origin: Kanto Edition is currently undergoing the funding period on Kickstarter, did you want to take this moment to plug the campaign and tell us about the rewards you have available?

Noah Shepherd: The Kickstarter offers a 300+ page coffee table book, available as both softcover (£25) and hardcover (£30) editions. It also has other tiers offering different rewards at a range of price points. ‘A Slice of the [Cater]Pie’ lets backers select a digital version of one page of the project for £5, whereas the £45 ‘O Master!’ tier grants a hardcover copy of the guide with the backer’s name inside the cover, plus the wallpapers and day-to-day access to all the content as it is produced!

Miketendo64: Lastly, is there anything you would like to say to our readers and your current supporters?

Noah Shepherd: I want to give a massive thanks to all my backers, your support has been amazing. We only have a few days left but I know we can make it with everyone’s help!

With 5 days left to go Noah, we wish you the best of luck, as we’d love to have the finished version in our hands one day! As for readers, if you have yet to check out the campaign, you can do so with the link below: