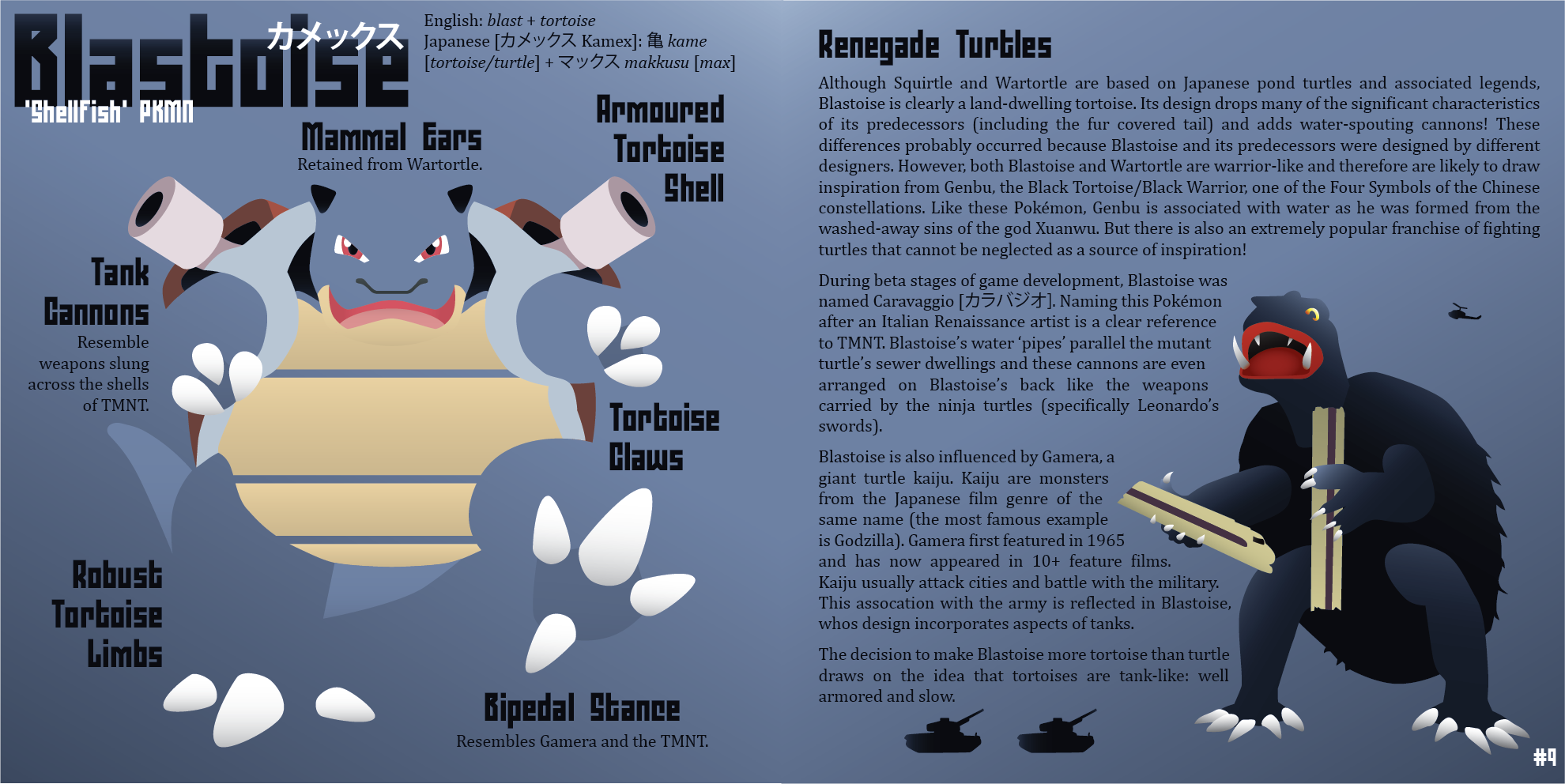 Whether you were there at the beginning, or fell in love with it over the last couple of years, the Pokémon series has touched us all in some way, but that’s probably because there’s no escaping it.

From games, to films, to toys, trading cards and even literature, Pokémon is everywhere and now as we await a return to Kanto thanks to the upcoming Pokémon: Let’s Go, Pikachu! and Pokémon: Let’s Go Eevee! games, another touch of Kanto is on the way.

Granted it’s not official, but a London-based biologist is hard at work on an “unofficial guide to the inspirations behind each Generation 1 Pokémon” and having looked it over on Kickstarter, god damn it is impressive!

The attention to detail isn’t just impressive, it’s impeccable and that is why, we can’t help but share every image and every detail we were sent about the game:

A Pokémon-loving biologist from London is taking a break from the lab to create an illustrated guide to the animals, plants, myths and even man-made objects that inspired the iconic designs of Generation 1 Pokémon. A crowdfunding campaign for the unofficial guide book, titled ‘On The Origin: Kanto Edition’ is currently live on Kickstarter.

Every Pokémon gets a double page spread featuring an infographic and a text breakdown accompanied by original illustrations of the influences. “This project is for people who love graphic design, science and Pokémon”, says the creator, Noah Shepherd.

If you are interested in funding this project, check out the Kickstarter page here. There are 7 different tiers to choose from, offering a variety of rewards including both hardcover and softcover versions of the 300+ page coffee table book.

The author Noah Shepherd has a background in biology, having done a Master’s degree in Biological Science at University College London. Last year he did a placement at a lab in the Natural History Museum where he researched the evolution of reptiles. He also does graphic design work and is currently Artist in Residence for IUCN Gibbon.

If you have not done so by now, we highly implore upon you to check out the Kickstart page for yourself by clicking here, as it really is an impressive piece of literature and one we’d love to see brought to fruition.