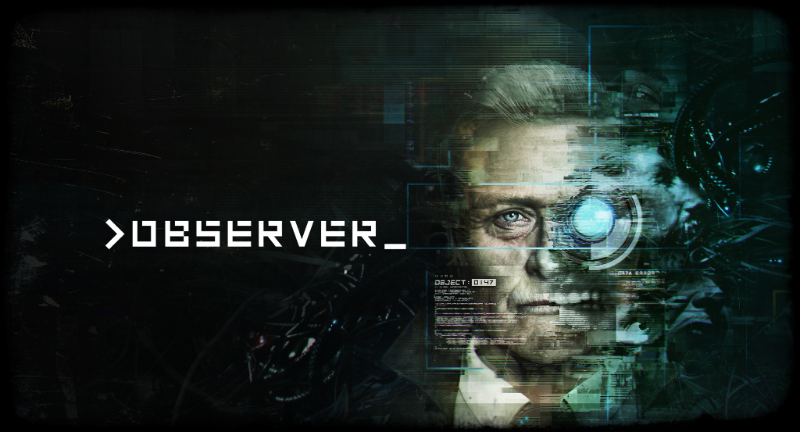 Just when you think your mind is the only place left that can’t be invaded, experience the horrors and fears that lurk inside the human psyche in >Observer_.

Developed by the same minds behind Layers Of Fear: Legacy, Bloober Team have announced that they are bringing their cyberpunk horror game to the Nintendo Switch.

Find out my in the official press release below.

Bloober Team, the creators of Layers of Fear: Legacy is proud to announce >observer_ coming to Nintendo Switch. Get ready for a cyberpunk horror game designed to disturb you.

> What would you do if your fears were hacked?_

<Breach removed, system rebooting>
The year is 2084. You are Daniel Lazarski an elite neural detective known as an Observer, whose purpose is to hack and invade suspects’ minds. To gather evidence, you must relive their darkest fears, and, finally, face your own.

Learn what can you expect from Daniel’s thrilling adventure below:

Observe and Report – You are Dan Lazarski, an elite neural detective known as an Observer, and part of a corporate-funded police unit whose purpose is to hack and invade suspects’ minds. In this future, anything you think, feel, or remember can be used against you in a court of law.

A Dark Dystopia – The year is 2084. If you somehow survived the Nanophage, odds are you were killed in the War. Those who live have turned to drugs, VR, neural implants— anything to distract themselves from this new reality. But they can’t hide from you.

Interactive Insanity – As you hack into the unstable minds of criminals and victims to look for clues, you will relive their darkest fears, forcing you to question your own reality — and your sanity.

Take the Horror With You! – >observer_ for Nintendo Switch uses all of the unique features of the system, including full Joy-Con support, Touchscreen, and the option to play both in docked and in handheld modes.