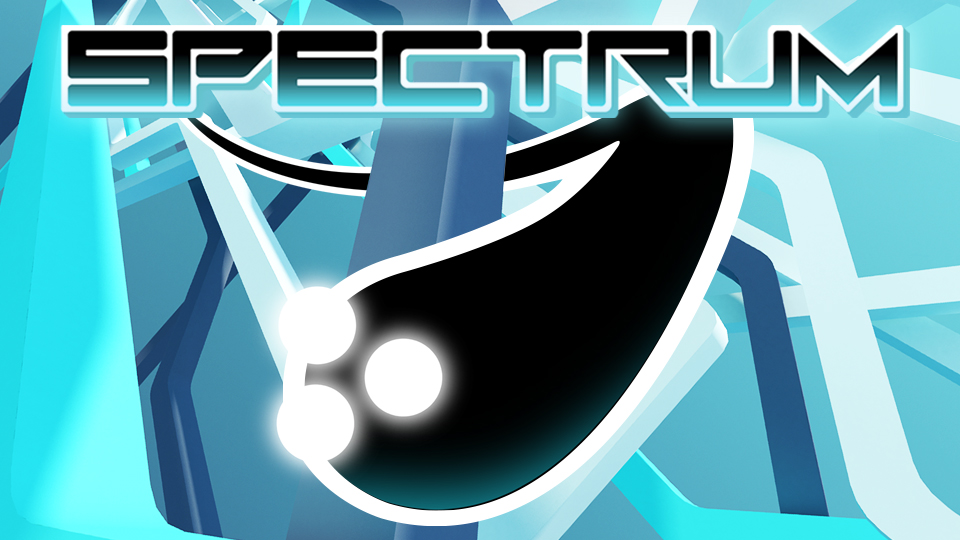 Jumping, diving and a whole lot of coloured object avoiding!

When you’re an indie dev bringing a game to a new platform, you always run the risk of your game going unnoticed, especially when your game is to release on the same day a much bigger and more appealing title, is set to debut. As the only game publically known to release on August 20, Spectrum looked set to have an easy release, only to then have competition arrive in the form of Morphies Law, Bad North and Prison Architect: Nintendo Switch Edition.

We’re not going to blame you for choosing the likes of Morphies Law and Bad North over Spectrum, as we can understand why, but if you were wondering if you were right to skip it, this is us stepping up to the plate and answer that question for you, with yet another indie switch review!

Previously released on iOS devices in 2015, then on Steam in 2016, the 3D Avenue developed Spectrum, is finally making the leap to home consoles, thanks to a publishing deal with Digerati Distribution. On the surface, Spectrum comes across as being a slightly more intuitive Flappy Bird-like platformer, at its heart though, it is a game of vibrant colours, an abstract world that is simply stunning and has an ambient soundtrack with a zen-like calming and mind-focusing nature that ties Spectrum together quite nicely.

There may not be a story, but the main campaign does have 40 Light World levels to play, which are spanned out across 4 environments (10 levels per world) and 4 Dark World environments, resulting in a total of 80 levels. As for what makes the Dark World dark, it’s the colours, instead of white, there’s black and the likes of light blue, purple, orange and green, are replaced with darker shades of blue, purple, orange and green.

As for gameplay, there are only really two buttons you will ever need to concern yourself with and the left analog stick for movement. B is used for jumping, with the longer you hold it, the higher your character will leap and A, which is used for diving and useful for areas where there are fans that want to push you upward towards your doom. Having said that, X can also be used for jumping, with Y for diving and the + button being good for pausing the game.

During the earlier levels, players will only ever need to concern themselves with getting from point A (the starting point,) to point B (a big black circular portal) and collecting the white orbs that are placed throughout each level, whilst avoiding the occasional coloured platform, as they can hurt you.

Not every coloured object and structure will kill you instantly, although there are many that will. If you do get injured, the white orbs will help replenish your life bar. If you bump into something that does kill you, you will be transported back to the beginning and have to do the entire level all over again, which includes getting the orbs. (Don’t worry, the levels are short with most being less than a minute long.)

In the event you do get hurt, or take too long completing any given level, this will affect your performance, as properly completing each level requires you to beat it without getting hurt once, getting all orbs and finishing it pretty quickly.

Not only will your efforts see you earn a trophy, but your performance will be shared with other players, thanks to the leaderboards that Spectrum has. Although don’t be surprised if you find yourself giving up on the completing the 3 objectives on every level, as some of the puzzles and obstacles you’ll encounter in the later levels can prove a tad infuriating, even with the calming soundtrack.

Still, there’s more to Spectrum than just the main campaign, so should you be thinking to yourself, “how does the Switch release differ to the original version?” well, it has an exclusive local 2 player race mode. With this race mode, across 6 randomly selected levels of the 80 available and with split-screen implemented, players must compete to be the first to beat each one, with the first player to 3 points, being crowned the winner.

Due to gameplay in this mode, being the same for the main campaign, dying will cause you to respawn at the beginning and there is a timer on each level, so if you both fail to beat the level, it will be a draw and half a point is given to each player. In the event neither player wins any of the six games and both end up with a full 3 points, there is no sudden death or a deciding match, as the final results will simply be a draw and you’ll be free to play again and hope you’ll get easier levels this time around.

It would have been nice if the multiplayer had a bit more to it than it does already, but the fact the Switch version even has what it does, is something to be grateful about as it is a mode that is exclusive for Switch and gives you something to do when a given level in the main campaign refuses to let you beat it quite yet.

Despite the fact I’ve never really been a fan of Flappy Bird games, Spectrum is one of those games where you will come for the gameplay, but you will stay for the graphics. Every level offers something new that will draw your attention (sometimes to the extent it will get you killed.) It is a good game, maybe not as good as other platformers and games on Switch, but it is good nonetheless and suitable for anyone, of any age and it only costs $11.99, which to me when you factor in the content, feels like good value for your money.