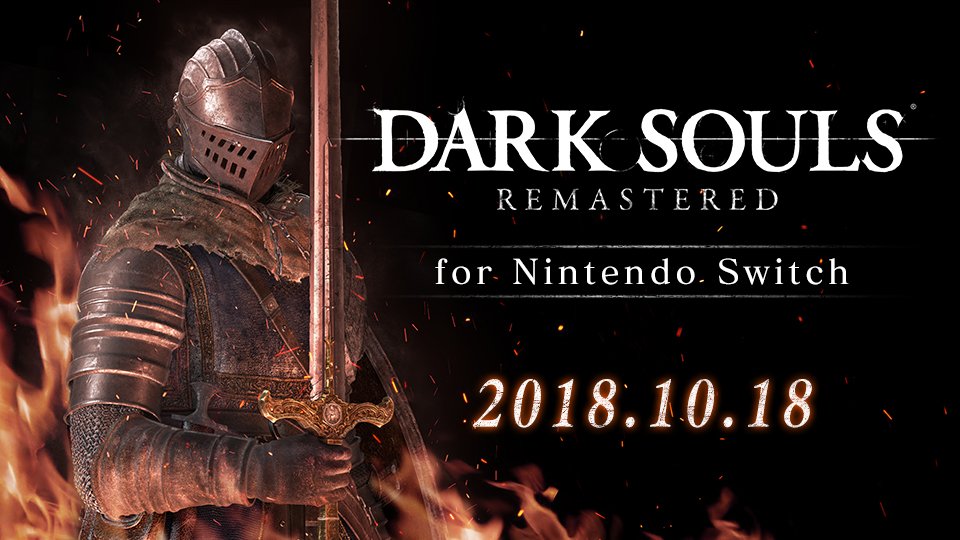 Call off the Search! Dark Souls will Finally show its Face on Switch this October

Good things may come to those who wait, but when it comes to Dark Souls Remastered and Switch, Switch owners have had to wait a lot longer than they were previously  lead to believe, but at last a new release date has been shared.

Today it has been confirmed that Dark Souls Remastered will debut on the 18th of October for Japan and on the 19th for those in the likes of Europe and North America, more than that, the Solaire of Astora amiibo will also be available from October 18/19 onward. A couple of tweets relating to today’s reveal can be seen below:

Dear Chosen Undead, we are pleased to announce that the #NintendoSwitch version of #DarkSouls Remastered will be released on October 19 2018, along with the Solaire of Astora amiibo. Thank you for your kind patience. pic.twitter.com/9eeMZo9t8u

We also have two excerpts from the official announcement right here:

With the unique portable capabilities of the Nintendo Switch, players will be able to experience DARK SOULS’ groundbreaking action-RPG gameplay that has inspired millions of players around the world anywhere at any time. Explore deserted castles, dark forests, decrepit towns, and many other haunting areas filled with fearsome beasts small and large. Throughout their adventures across Lordran players will build their character by strategically adapting to daunting foes while amassing a large collection of weapons, armor, magic and sorceries to wield for a truly unique playstyle.