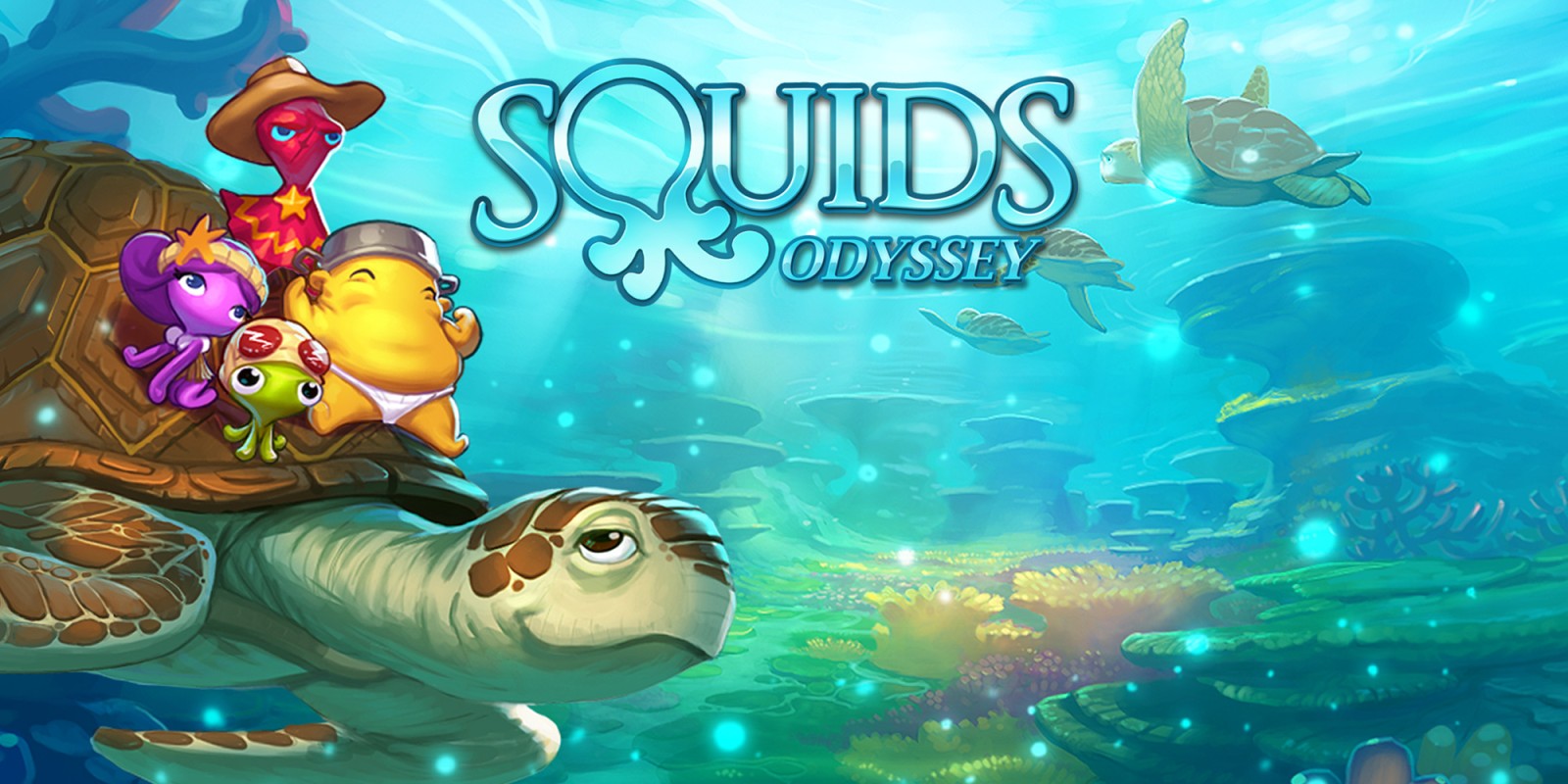 Squids Odyssey is an easy game to gloss over on the Nintendo Switch eShop, but this enhanced mobile port with added content is more fun than it may appear. SQUIDS and SQUIDS Wild West have already been released on PC and mobile devices, but developer The Game Bakers took it upon themselves to improve and tweak those two campaigns. They also added a new campaign, a new squid hero and an exclusive themed stat-boosting helmets were added throwing them all together to form one package as Squids Odyssey.

Taking place in the depths of the blue ocean, an insidious black ooze starts seeping into the lush underwater kingdom of squids. This turns your run-of-the-mill crabs and shrimps into dangerous crustaceans that are slowly taking over the ocean. Seeing trouble on the horizon, a band of squid hero take it upon themselves to make the trek across the seabed in order to recruit an army of squids to protect their homeland.

As stated previously, this is a tactical RPG and the gameplay is solid throughout. Through turn-based battles against the hostile crustaceans, you’ll be stretching the squids bodies Angry Bird style to fling them across the battlefield that deals damage to the onslaught of enemies. The farther you stretch the squid, the further it will go, but you’ll need to take into account the amount of stamina each squid has left. If you run out, that squid is done for its turn and you definitely don’s want to leave them sitting in a compromised position due to the enemy having an easier chance to kill your squid.

Mastering the simple gameplay mechanic is paramount as the enemies aren’t the only bad guys you’ll encounter. The environments themselves want to join in on the fight, with jets throwing you into spike urchins or, worse yet, into a pit where you automatically lose a squid. It can be tricky navigating the hazards making a steady hand all the more crucial as you line up your shots as best you can. The touch controls are fine for the most part and you can use the analog stick to move your cursor around. Sometimes it can be cumbersome to navigate the menus, but being that this is a glorified mobile port I can see why it never felt right.

What’s neat about Squids Odyssey is that each squid you recruit and unlock, with there being fifteen all together, is part of one of four class types each with their own unique attributes. For example, there’s a Scout class that allows you to dash multiple times across the battlefield to cover larger distances which also comes in handy when you want to attack an enemy more than once. On the other hand, Healers will do just what you think, with healing your party as long as you touch another squid that needs healing. Alongside those two classes are Troopers and Shooters, but having four different character types to work with, each with a unique skill, is enjoyable as it gives you more ways to devise strategies the enemies.

You might be wondering where the RPG mechanics come from with Squids Odyssey, and it becomes apparent the more you delve into the menus where each squid has their own unique stats to differentiate themselves from one another. You can level up your squids and I really enjoyed the idea of having to continuously improve them as it feels like I’m accomplishing something as they get stronger. Interestingly, you don’t level up by gaining experience, but you need to pummel some enemies, rack up some combos, and investigate the stages for treasure chests. This creates more dynamic stage as your only aim will not just be to eliminate the baddies, but rather do some snooping around.

If there was one thing I would have liked Squids Odyssey to have done better is its selection of boss encounters. Most of them are not interesting, with the first boss of the game probably being the best of the bunch as it just seemed to use the most creativity. Unfortunately, the boss encounters further on just wind down from there, with one boss only being a re-skin of one of the previous bosses you faced.

Visually, Squids Odyssey looks great as you play through various hand-drawn landscapes spread across the ocean floor or even on turtles back. The music also compliments the environments well as the desert type stages will set the mood with acoustics being reminiscent of the Wild West, or the dark and dreary vibes given off from the boss battles. Even the main menu song is catchy enough to remain in the options just to listen to it.

Squids Odyssey does include a healthy amount of content and this is great considering its $14.99 price point. With 90+ missions to overcome, some being part of the main storyline and others being bonus stages, you’ve got enough game to occupy you for hours. If that wasn’t enough, you can go back to previously completed stages and try to three star every single level by beating them in a certain amount of turns, not allowing any of your squids to perish, and finding the hidden star somewhere on the playing field.

Overall, Squids Odyssey is a unique and great addition to anyone’s growing Switch library, especially those who prefer the turn-based RPG genre. The dynamics of the battles as you fling different squids across the screen and harness their unique skills, is enjoyable and at the same time difficult as precision is a must. The added RPG elements, such as leveling up characters and applying different stat-boosting helmets to them adds another layer to Squids Odyssey that really makes it stand out.