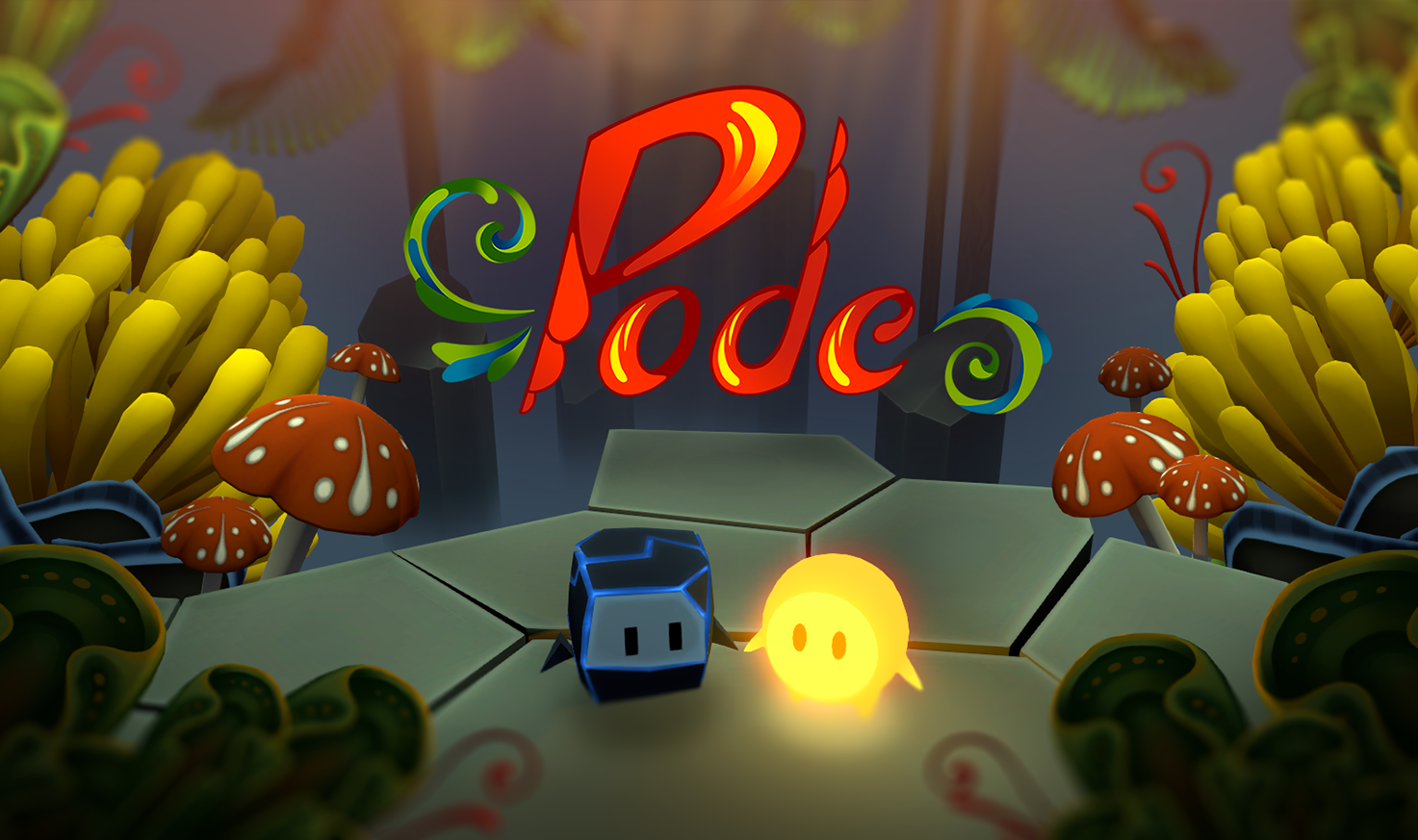 Pode is a recent Nintendo Switch eShop game from the studio, Henchman & Goon, out of Bergen, Norway. The game tells the story of a friendship between a rock and a fallen star as they set off on an adventure uncovering puzzles of an ancient civilization. The game has a beautiful art style that is reminiscent of the cell-shaded world of “The Legend of Zelda: The Wind Waker” as well as an orchestral score that is almost ethereal.

Your main objective is to navigate through the mountain and its caves solving puzzles that will require both spatial recognition and a multitude of moves that at times require both characters to work together. You play as either Bulder or Glo, a rock and a fallen star, respectively. The charm of the characters come in the way they work together and gesture to one another as they pick each other up, or zip across the screen or ‘eat’ one another.

The sounds of Pode reminded me of Pixar’s “Wall-E”, where the sounds of Bulder and Glo come through as gibberish cooing. The heartfelt audio was subtle as an animated movie without dialog, much like the opening section of “Wall-E” with his beeps and blips. Along with the character noises there were water splashes and flourishes as your characters made flowers grow or moved switches to stop the flow of water.

If Pode reminds you of “Wall-E” or “The Wind Waker”, it’s music is right alongside those films as the small orchestral sounds help to draw you into each room. Along the way, you will hear the caverns echo joyous tunes riding on the current of the winds.

Pode’s main gameplay hook is that it really desires that you play together with a partner through its several ‘chapter’ rooms. Each section is split up into several smaller rooms usually requiring you and your partner to move about together or independent of one another selecting switches and moving boxes or levers to reach the high ground and exit through the opened doorway.

Occasionally the puzzles were a bit obtuse and required several minutes of surveying the room and thinking about how you can use all of your learned abilities. As you move from chapter to chapter your characters will learn new ways to traverse the land. One such ability, where Glo can set a waypoint and then zip to it, is used in clever ways as you soon learn how to snap both you and Bulder across the room.

Other methods of traversing the rooms may require Bulder to stand on a switch that only he can activate or require a box to be used. In some ways, the puzzles are like those found in The Legend of Zelda series, and more specifically in the co-op games like “Four Swords Adventures” or “Tri Force Heroes”. The best part of these puzzles comes in their ‘ah-ha’ moment of figuring out the solution together.

I played through the game with my ten-year-old daughter and found that sometimes I was thinking one way when the solution was something else. It was in those times where she figured out the answer, or even her eight-year-old sister, who had been watching figured it out before I did. Those puzzle solutions really brought all of us together as we each thought about the best possible method of completing the puzzles with the abilities of our characters.

Pode takes an interesting concept, puzzle adventure game, and throws into the mix the couch co-op gameplay of working together to find a solution. The game isn’t difficult, and there isn’t death in the game, as your character will respawn automatically if you fall off a platform into the abyss below. Pode is, for the most part, a very relaxing game and easily one of the prettiest looking Indie games on the eShop right now.