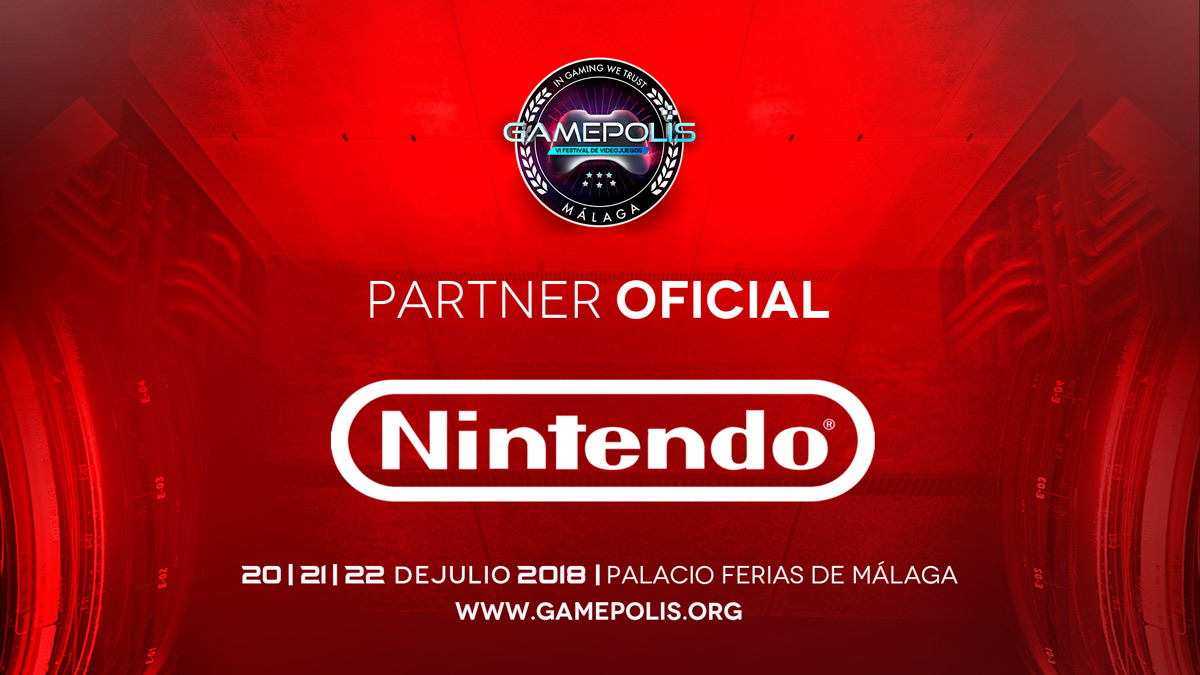 Nintendo Is the Official Sponsor Of Gamepolis 2018

Gamepolis is a Gaming convention much like any other and takes part in Malaga, Spain every July. the event lasts for three days and is home to many eSports tournament and cosplay competitions. For the last few years Nintendo, or most notably Nintendo Iberíca (Nintendo Spain to you and me) has had some kind of presence there allowing event goers to try out the latest games that have released on Nintendo consoles. This year however, Nintendo is the official sponsor of Gamepolis 2018.

The official Gamepolis website has announced the news and states that within the next few days, Nintendo Iberíca will announce some great news. Hopefully they will announce what games will be playable at Nintendo’s Booth at the event. I would love to see a Super Smash Bros Ultimate demo available.

Here is the official statement on the Gamepolis Website.

We have the great pleasure of announcing that Nintendo will be an official partner of our sixth edition! Get ready because in the next few days we will announce great news for all lovers of video games and, specifically, Nintendo. To not miss anything that is coming, you can get your ticketonline right now!

From July 20 to 22 not only have the opportunity to enjoy the great titles of Nintendo, but also have an impressive space dedicated entirely to the Japanese company. We assure you, you do not want to miss it!

Youtubers, presentations, exclusive games, tournaments … Very soon you will have all the information and more surprises that are coming. Visit us at the Palace of Fairs of Malaga to discover everything that Nintendo Switch offers, the console to play whenever you want, where you want and how you want .

Gamepolis faces its sixth anniversary as the largest videogame festival in Andalusia and a benchmark nationwide. The sections of the festival cover the whole panorama of the video game: Expo Zone, eSports and Tournaments, Cosplay, Indie Zone, Retro Zone, Conference Area and Main Stage .

Lucky for us, the event is only an hour away from Jack and myself so you can count on us to attend. If you live in Spain or happen to be on holiday in Southern Spain during July 20-22, you can purchase tickets for Gamepolis via their official website.

The website is in Spanish but you can translate it into English via Google Translate if you need to. Jack, Ashleigh and I went to Gamepolis last year and did record a short video of the event which you can see below if you wish.