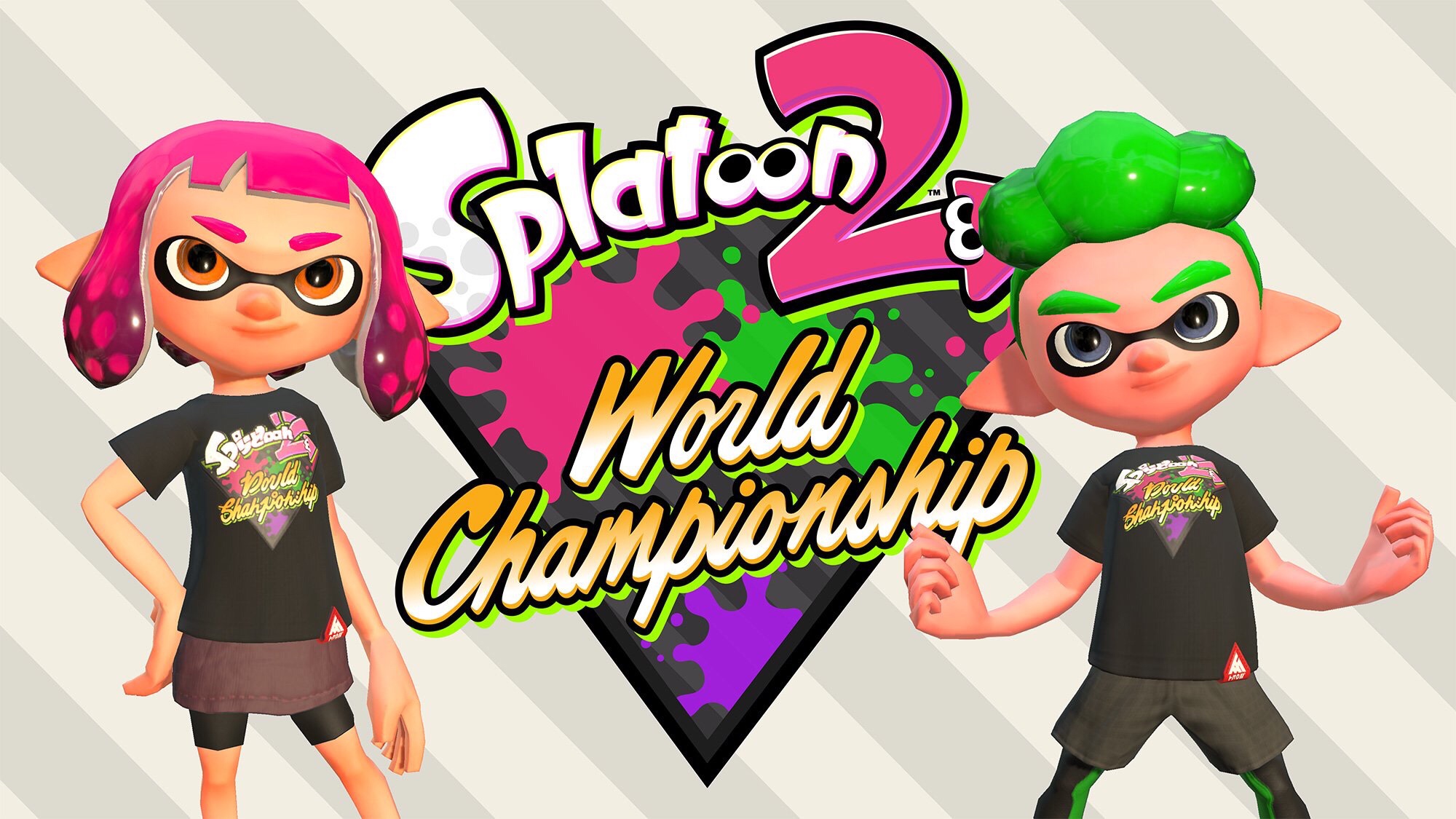 [E3 2018] An exclusive T-Shirt will be given to attendees of the Splatoon 2 World Championships, available ingame free on the evening of June 7th.

The Nintendo Versus twitter account has just confirmed that a special tshirt themed off the Splatoon 2 World Championships will be given to attendees of the tournament. This same t-shirt will also be available ingame for your Inkling to wear on the battlefield on the evening of June 7th.

#Splatoon2 World Championship attendees will have a chance to receive an exclusive t-shirt. It will also be available in-game beginning the evening of 6/7! Follow the Splatoon 2 channel in #NintendoSwitch News on your Nintendo Switch system for details!
E3.nintendo.com

Wonderful news! Based on careful scientific observation, it appears that a gathering of champions will soon be…gathering. (Because that’s what a gathering does!)

According to our research, teams from around the world will be competing at the Splatoon 2 World Championship in Los Angeles during E3. A team named SetToDestroyX is looking to defend the title for U.S./Canada. Much excitement!

Are you all excited for the Splatoon 2 World Champiomships?  Would you like to see more tournament promotion and items like this shirt in the future? Let us know your thoughts in the comments!