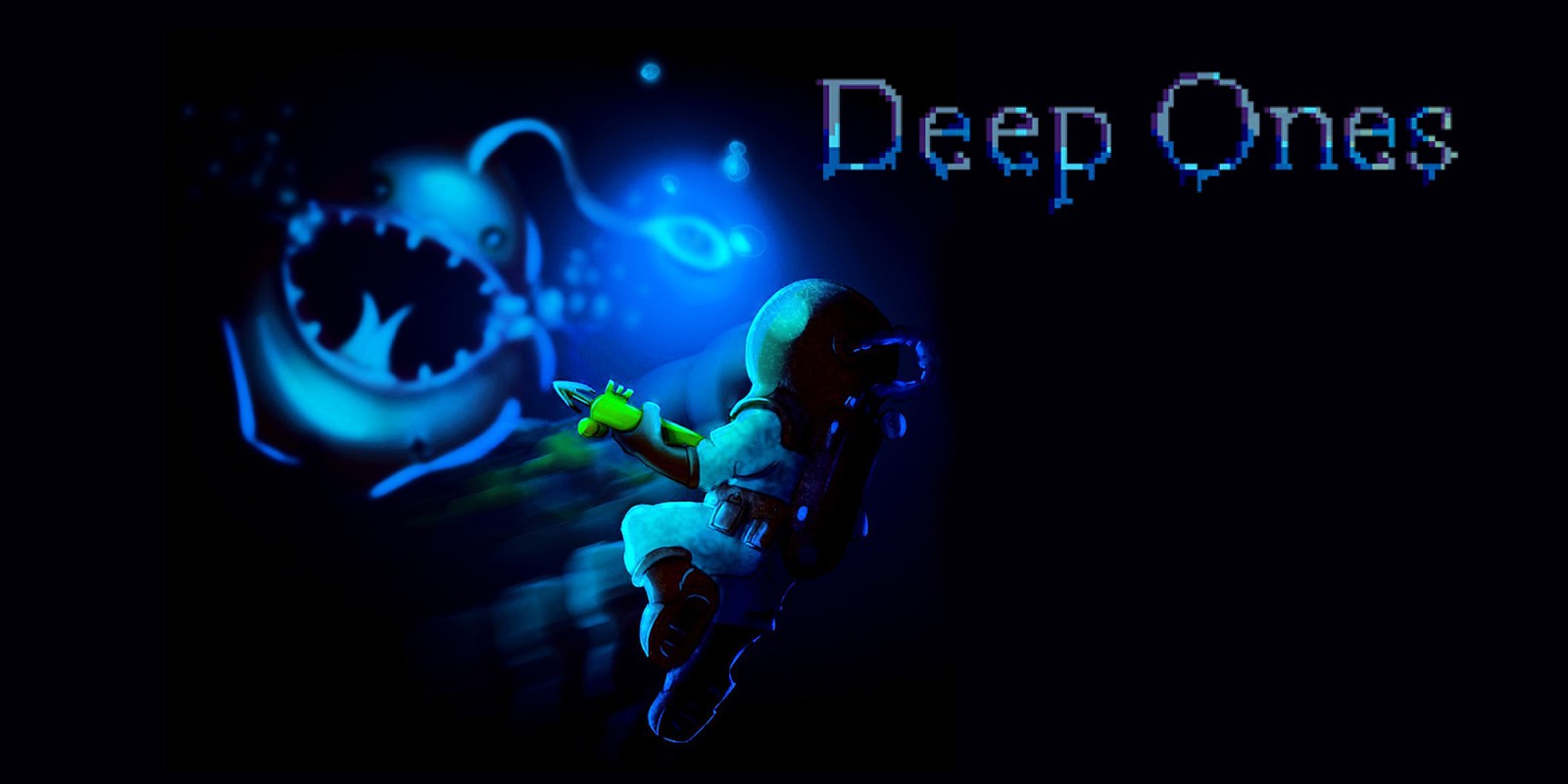 Deep Ones is a game that takes you to the depths of the sea floor after your submarine suffers an unforeseen crash. Are you ready to take on the dark depths of the ocean, or will you fail trying? It’s time to dive into Deep Ones on the Nintendo Switch!

Sometimes You, are no strangers to the Nintendo Switch eShop. They have released 12 titles (including Deep Ones) in total since the Switch has launched! Some of their well-known titles include Metropolis: Lux Obscura, Alteric, & the “Energy” series of games which include Energy Invasion, Energy Balance, & Energy Cycle. But in Deep Ones, you take the role of Diver, whose submarine has crashed at the bottom of the depths of the ocean. You soon find out that the creature known as the “Red Octopus” is the cause of this crash. Your job? Venture along the depths of the ocean to take back control of your submarine! Are you ready to take the plunge?

As mentioned above, like any platformer the main gameplay has you jumping and dodging various enemies and wildlife while progressing through the depths of the ocean. As you progress you’ll be given different enemies to face and different obstacles to overcome. Need assistance with foes? When you progress far enough, you’ll get the chance to unlock a gun that will allow you to shoot and kill any enemy that stands in your way. Even further on you’ll come across sections that offer gameplay twists, such as riding on the back of a seahorse in an escape scene from a hungry shark! Worried about dying? Well, don’t! If you die or lose your 3 lives, checkpoints are your life savers in these deep depths and they can be found fairly often.

Although other points felt barebones to me, the visuals and graphics were probably one of the high points for me of Deep Ones. You have classic 8-bit 2D visuals that truly reflect and represent the underwater aesthetic the game was aiming for. Even the amount of lighting fit the aesthetic immensely! While exploring I never knew what to expect from these depths as enemies and creatures could literally come out of nowhere.

The soundtrack went along with the whole underwater depths aesthetic as well! From the dark and eerie sounds that play while you’re exploring, to the simple sound that happens when you hit a checkpoint. You even have a cool little 8-bit sound that happens when your character jumps! Although there’s no music, the various game sounds truly help you get immersed in the experience.

So did I enjoy Deep Ones? I can gladly say I did! Deep Ones offered a unique experience that I had never seen or played within a game before. Everything from the general gameplay (although rather bland in my mind) to the 8-bit styled visuals, there wasn’t much negativity to be had while playing. The difficulty can be tough at times though if you’re not prepared, and I did find myself dead plenty of times even with the 3 life’s the game gives you. Minor improvements (such as more weapon variety) could have been done here and there, but other than that I had a blast with the game!

Was it worth taking on the dark depths of the ocean in Deep Ones? Yes, if you like an interesting platformer with some adventure. Although some points (like the visuals) were high points for me, some low points would have to be the general gameplay which did come off as repetitive in nature after a while. To fix the repetitive nature, more weapon variety would have been welcomed as you pretty much use a gun with limited ammo for the majority of the game. Even with the repetitive gameplay and difficulty, Deep Ones does offer a pretty interesting adventure for a low price. I’d definitely recommend it if you’re looking for a small platformer that offers some adventure and you don’t mind the repetitive gameplay.

One thought on “[Review] Deep Ones (Nintendo Switch)”