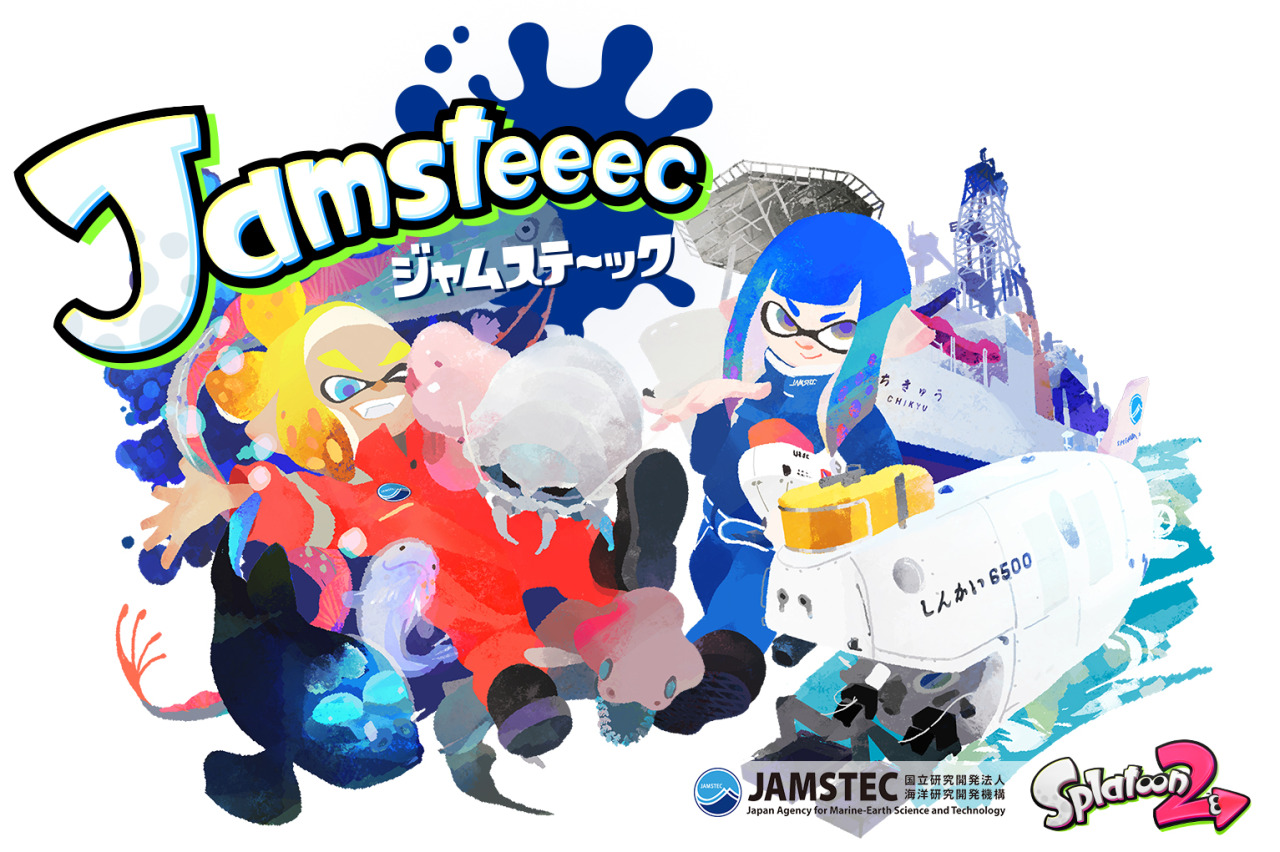 In recent weeks, the Japanese Splatoon Twitter account has been sharing news of a partnership between Splatoon 2 and JAMSTEC, aka the Japan Agency for Marine-Earth Science and Technology. As part of the collaboration JAMSTEC gear has found its way to being added to the game, there’s the presence of a certain vessel on the Manta Maria stage and a whole lot more. So, with the Squid Research Lab coming forth with all the details in English, complete with pictures, here it all is:

We have an aquatic announcement from our overseas colleagues who are partnering with the Japan Agency for Marine-Earth Science and Technology (JAMSTEC for short). JAMSTEC is a scientific research institute dedicated to an integrated understanding of the Oceans, the Earth, and Life, all while contributing to the advancement of academic research.

That means JAMSTEC and the Splatoon 2 game are both anchored around the key themes of the ocean and the deep sea.

In fact, the gear you can get in Salmon Run this month is the Oceanic Hard Hat, an in-game replica helmet like the one JAMSTEC staff and scientists wear every day, offering protection for their hard work offshore.

Another fun fact is that the Autobomb sub-weapon in the Splatoon 2 game took some design inspiration from a JAMSTEC research vehicle called SHINKAI 6500. Completed in 1990, SHINKAI 6500 is a manned submersible that can dive to depths of 6,500 meters.

In the upcoming Octo Expansion DLC, SHINKAI 6500 will even make an appearance, as mysteries still remain in the deep-sea world of Inklings.

You may have also noticed that a scientific drilling vessel appeared near the battle stage Manta Maria. This real-life vessel, named CHIKYU, meaning “The Earth” in Japanese, can drill in water as deep as three Mt. Fujis combined, and it continues to close in on mysteries deep inside the Earth as part of the International Ocean Discovery Program (IODP).

To learn more about the research and science of JAMSTEC, you can check out more details here: http://www.jamstec.go.jp/e/

Oddly enough though, although revealed on March 8, there has yet to be any news as to when Version 3.0 for Splatoon 2 will drop, but being as though it is still planned for April, there is still time for it to drop this month and when it does, we’ll be sure the full patch notes of what it entails.