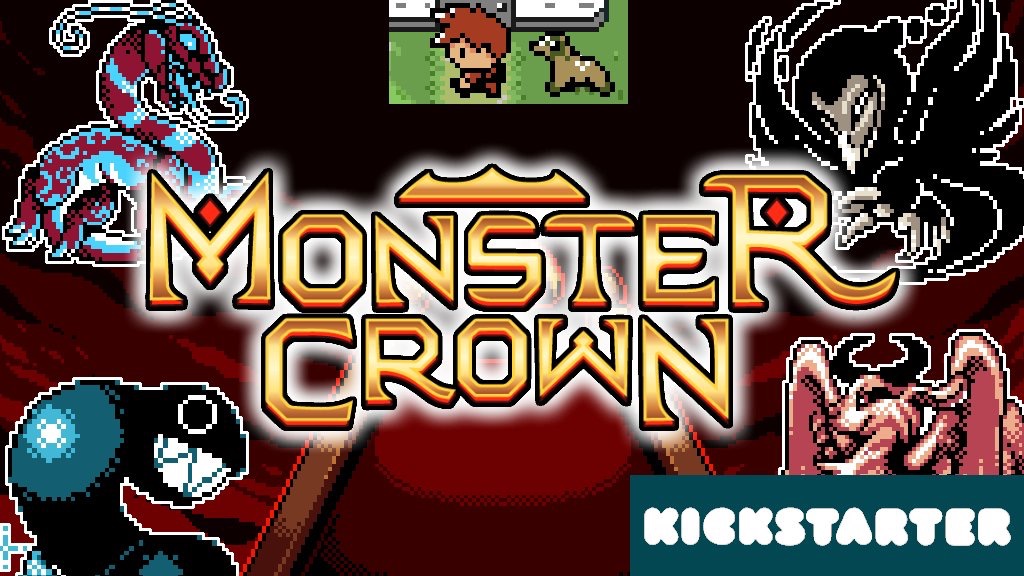 Looking for some sweet Kickstarter campaigns for titles that are making their way to Nintendo Switch? Well, look no further than my semi-weekly Miketendo64 Kickstarter feature! As part of this new series of posts, I’ll be discussing and bringing awareness to a different Kickstarter game that is planned for Nintendo Switch each week.

This week’s spotlight is on the title Monster Crown. So what exactly is Monster Crown? Well, if you’re a fan of a certain well-known monster catching game, Monster Crown is a game about taming and breeding your very own monsters except with a darker story. The developers behind this set out to create a project where breeding monsters would actually give you a true crossbreed of the two needed parents.

“In Monster Crown, the offspring are true mixes of both parents, in every way. This brand new species is totally yours – even to name.”

Along with the above, you have online battling and trading which is essential to monster catching games.

“As you play online, trading and battling, your creations could reach across the globe!”

As of this article, Monster Crown has reached its $5,000 USD Kickstarter goal with a whopping $23,000! Want to help them smash their stretch goals? You only need to donate $10.00 and you’ll get yourself access to a private backer only PC beta and a digital code for the game when it releases!

Let me just say, I’ve played the demo and Monster Crown is a game you will not want to miss when it arrives on Nintendo Switch in Early 2019!

Know of a Kickstarter game that’s currently looking for funding and has a planned Switch release/Switch stretch goal? Get in contact with me over on twitter.com/SwitchIndie via DM and your Kickstarter might make it into my next Switch Kickstarter feature post!