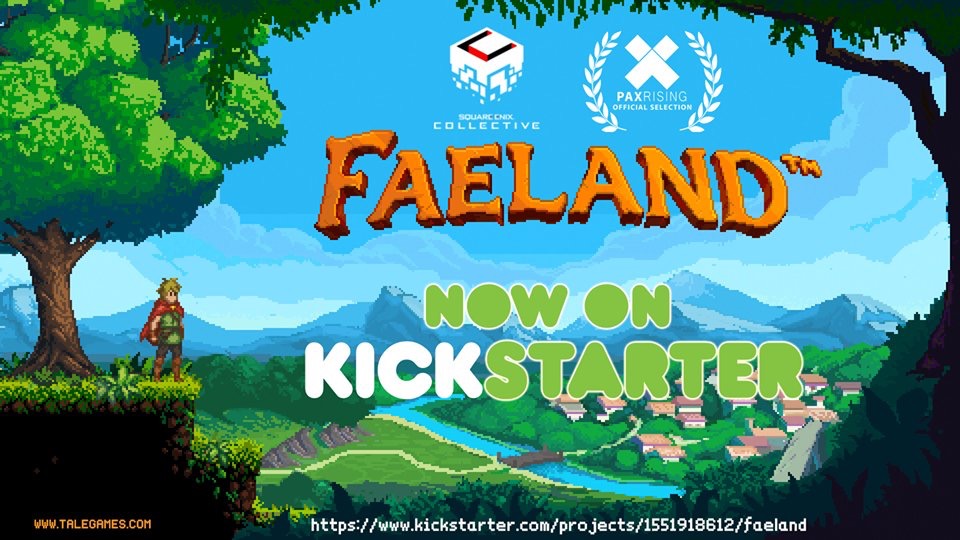 Looking for some sweet Kickstarter campaigns for titles that are making their way to Nintendo Switch? Well, look no further than my semi-weekly Miketendo64 Kickstarter feature!

This weeks spotlight is on the title Faeland. So what exactly is Faeland? Faeland is a Metroidvania Action Adventure RPG video-game that uses pixel art as an art style! The developers behind this set out to create an open world game that features RPG elements such as quests & dungeons with additional Metroidvania Action!

“In Faeland as the player, you can freely explore the open world, traveling from one town to another, talk to friendly NPCs, learn about the game’s lore and get useful tips, commerce valuable items to improve your economics, buy new equipment and consumables and do quests to acquire useful loot while progressing in the main story.”

So what exactly is the story behind Faeland? Well, your known as the skilled hunter Sam who lives in a secluded cottage in a forest.  Sam thought that he established peace with the dark forces, but soon finds out that his home is under attack! Having survived and escaped the attack with nothing to his name, Sam must set out to begin his new adventure! All while a larger threat looms in the background……

As of this post, Faeland has reached their funding goal of $29,000 in just under a week since launching their campaign! Want to get access to a demo? You can still donate for the next 22 days and help them crush some stretch goals! The game is expected to release next year in 2019.

Know of a Kickstarter game that’s currently looking for funding and has a planned Switch release/Switch stretch goal? Get in contact with me over on twitter.com/SwitchIndie via DM and your Kickstarter might make it into my next Switch Kickstarter feature post!