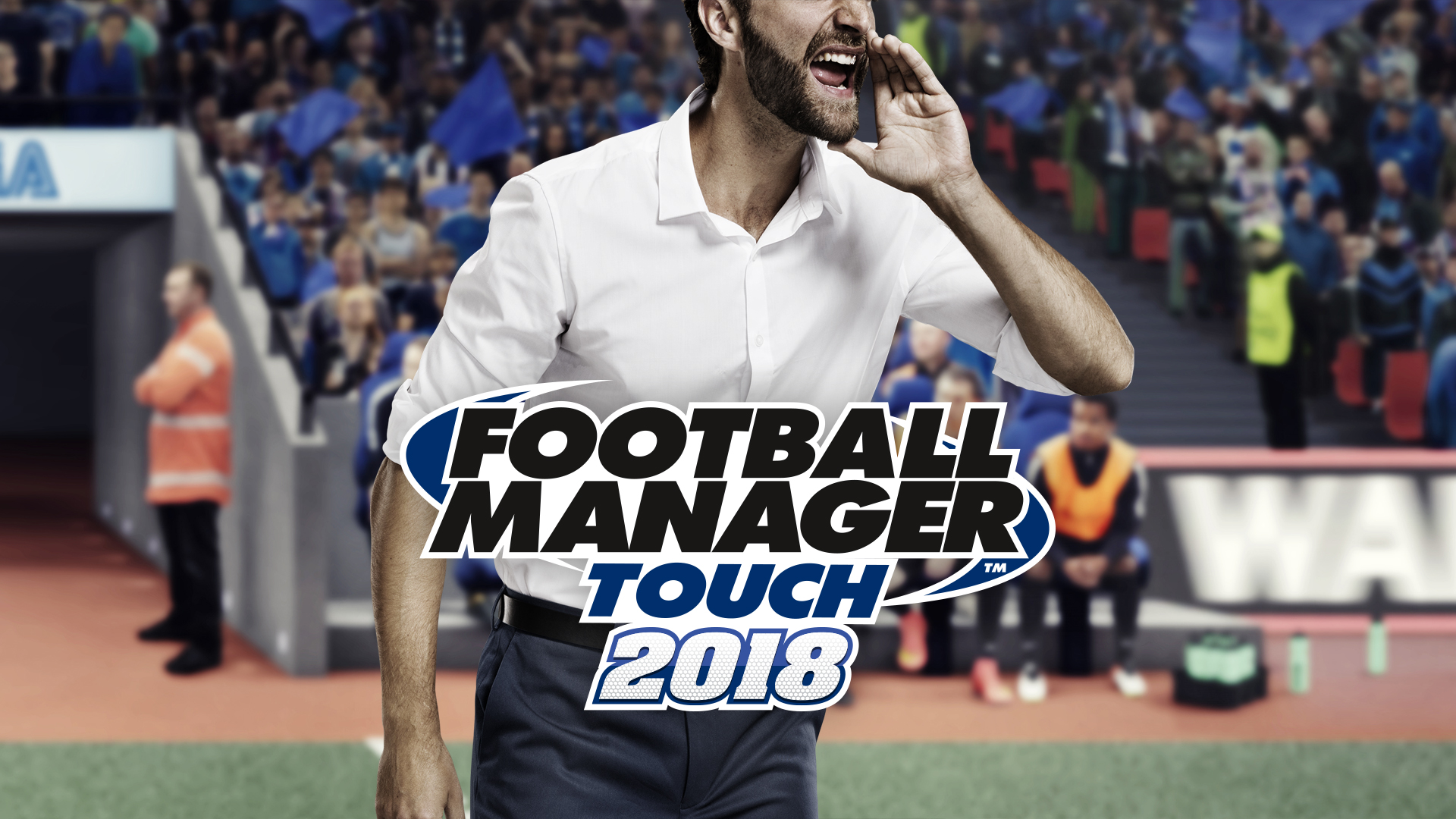 After staying PC-exclusive for most of its 26-year existence, Sega’s long-running Football Manager series has made a surprise appearance on Nintendo’s hybrid system, marking the first time the franchise has been on a home console since Football Manager 2008 on Xbox 360. Does Football Manager Touch 2018 score a goal, or is it time to start handing out the yellow cards?

In FM Touch 2018 you take on the role of head coach to the soccer team of your choice and try to lead them to victory during each season, hopefully winning cups and tournaments along the way. To do this you’ll need to handle all aspects of your team’s management. Determine team tactics, decide what players to put on the field, negotiate new contracts, loan out players to other teams, and more to give your football club the edge it needs to beat out the competition. Every choice you make could be the difference between World Cup success or finding yourself unemployed at the end of a bad season. While FM Touch 2018 is slightly stripped down compared to the fully-featured Football Manager 2018 on PC, leaving out elements such as team meetings, media management and team dynamic system, what’s left is a much leaner experience focused on the pure nitty-gritty of team management.

From the start you’ll be asked to select which club you’d like to manage, with hundreds of official soccer clubs on offer, as well as the ability to create your own. Once you’ve also created your manager and selected which countries you want simulated in your playthrough, you’re off to the races. While it’s not mentioned anywhere, the club you choose to manage will greatly affect the difficulty of the game. Choose a powerful, resource-rich team such as the England National Football Team and you’ll have some big boots to fill. You’re given access to a huge war chest and the expectation that you’ll use it, making transfers and loans for the best of the best in the soccer world. Pleasing your team’s executive board will also prove difficult, as they’ll expect you to win some tough matches from the start and will not tolerate a poor showing. Choose a smaller team with thinner resources and a mediocre player pool and much less will be expected of you, which will make keeping your job easier and the odds of exceeding expectations greater. For Football Manager vets, feel free to choose your favorite big professional team and jump right in. If you’re new to the series however, I recommend either choosing a scrappy underdog team or researching a smaller team that speaks to your playstyle and match philosophy.

The flow of the game appears simple on the surface: press the Continue button to progress through the season, playing games along the way. The more games you win, the more resources and reputation your team. To make that happen you’ll need to keep all the gears in your game-winning machine turning, and this where things get complicated. You can choose what techniques your team should focus on improving before the next game, build a tactical layout for your team, set up a scouting team to keep an eye on hot prospects that could be the key to victory down the road, develop your club’s youth division – the options available to you in FM Touch 2018 are so numerous that it can feel overwhelming. Say you’ve chosen to run a 4-4-2 setup. Now you need to determine which players to put on the field and which to put on the sideline. Should your team play aggressively or defensively? Will you try to outlast the opponent and score late goals when they’re tired or score early and play defensively the rest of the game? Does your team look for long shots or try to work the ball into the goal? What should your team prioritize on throw-ins? Got all that figured out? Good, you’ve covered about 1/6 of the options in the Tactics aspect of the game. Now you only have Squad, Scouting, Staff, Transfer, Budget, Training, and Game Management left to go, and every option has its own sub-options (which have THEIR own sub-options).

Once you’ve figured things out and actually enter a game, there’s still no time to rest on your laurels. The match will play out in real-time, occasionally showing you highlights of big plays or goals made by either team. During the game you’ll need to substitute injured or tired players, change tactics when it’s clear your initial plan isn’t working and more. It’s also possible to simply simulate the game and have your assistant coach handle things. This will give you an instant report on the match, player injuries, and goals. The instant feature is nice when you’re facing a team you know you’ll beat without trying, but for bigger games it’s best to be there yourself to ensure victory.

Forcing you to make tough choices for your team and trust in your decision making is something FM Touch 2018 does extremely well. Choosing a tactical setup for your team can be a difficult process where you need to know not only your players’ strengths but also your opponent’s weaknesses. If you choose to never sway from your favorite strategy you may just find yourself having a tough time against teams with strategies built to exploit it, but swap around tactics too much and you’ll confuse your players, making them less effective on the field. Similarly, a balance must be struck between which players get put on the field and which remain as backup. You don’t want your first team players losing their match sharpness sitting on the sidelines, yet at the same time you need to develop your second stringers, and if your first team suffers an injury you’ll need your backups to pick up the slack. In this way the game demands hard decision making from you but promises rewards down the line for your effort, and this is the core of what makes Football Manager such a satisfying experience.

For all the fun I had with the game, FM Touch 2018 is not without its faults. The controls of Football Manager are intuitive but can take some time to grow accustomed to. Control choices such as using the L/R buttons on the Joy-Con to open sidebar menus feel natural over time, but the mouse cursor you control with the analog stick is less than ideal if you’re used to the snappy movement of an actual mouse. As the game’s name would imply, touch controls are also available. However, there’s no way to open sidebar menus without the use of the shoulder buttons, so even if you do choose to utilize the touch controls you’ll be forced to employ a hybrid of touch and buttons to progress. The controls are completely serviceable, but it’s important to know you’ll be met with a strong learning curve to master them. This also plays into my next complaint – the complete lack of any kind of tutorial system, optional or otherwise. I’m sure longtime Football Manager fans will have no trouble jumping into the game after they grasp the new control scheme, but a new player will have no clue where to get started. Surely Sega has anticipated they’ll pick up a lot of new players by putting the series on the Switch, and it’s disappointing that they aren’t doing anything to help ease them into the game.

Additionally, the Nintendo Switch edition of Football Manager only allows you to select up to 3 different countries at a time from which to simulate clubs and players from. It’s clear this was implemented to provide the best possible performance from the Switch, but it’s disappointing all the same. The chances of feeling that thrill of finding an obscure player from another country you didn’t know you needed on your team are now lower than ever. And maybe it’s just because I haven’t had any prior experience with the Football Manager series, but I find the lack of any kind of music in the game beyond the main menu screen incredibly jarring. Clearly this is a game that’s all about the depth and complexity of the simulation, but I would have appreciated the option for some relaxing tunes to listen to while I make player transfers, modify tactics and so forth. I highly recommend having a good music playlist or your favorite podcast ready for whenever you’re playing unless you require the game’s complete silence to concentrate. Lastly, the game takes entirely too long to start up. Going from the Switch’s home menu to the main menu of FM Touch 2018 takes a whopping minute and a half with the game running at a strangely choppy framerate all the while.

Despite some notable issues, Football Manager Touch 2018 is a blast on Nintendo Switch. The game’s simulation is deep and rich with customization options, does a great job of making you feel like your choices matter, and is a joy to play either at home or on the go. Whether you’re a casual soccer fan or someone who enjoys a complex simulation experience, Football Manager Touch 2018 has a ton to offer.